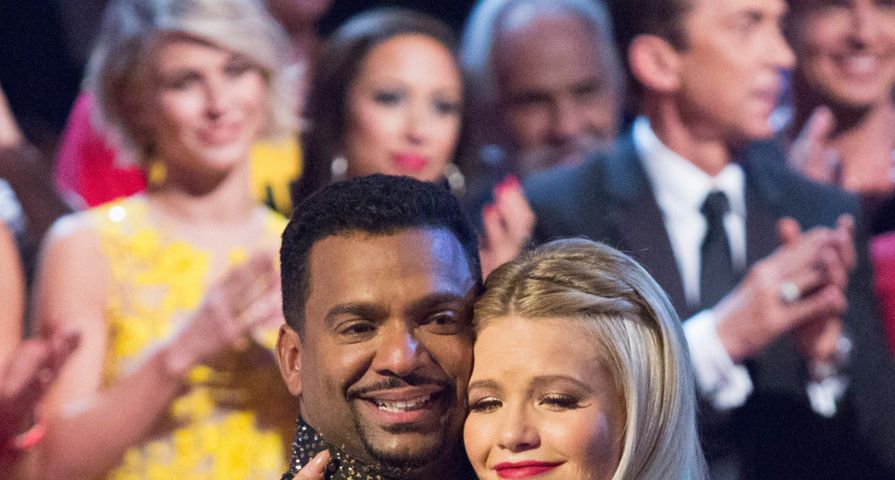 In 2005, ABC launched Dancing With the Stars, and no one knew the TV phenomenon it was going to become. Now in its 25th season, fans have seen some truly incredible seasons and others that left a lot to be desired. Often, the show is criticized for its lack of actual “stars” but there have been countless surprising stars to take the dancefloor and blow judges and audiences away with their previously unknown talent. With so many seasons past, and many now forgotten, here are the 10 best seasons of Dancing With the Stars so far:

Dancing With the Stars‘ 16th season aired from March 18, 2013 to May 21, 2013 and had one of the most diverse and yet impressive casts that the show had seen up until then. Stars such as Zendaya, Kellie Pickler, Andy Dick and Wyonna Judd competed alongside athletes and Olympians including Victor Ortiz, Aly Raisman and Jacoby Jones, adding up to a cast that was more well known than many others. Season 16 certainly brought the entertainment as it was a very tight race between Zendaya, Kellie Pickler and Jacoby Jones every week, and offered some very memorable dances. In the end it was Kellie Pickler and Derek Hough who took home the Mirrorball Trophy, giving the pro dancer his fourth win of the series. The best part about the season, however, was the level of competition, and there are many who still think Zendaya and Val Chmerkovskiy should have won.

Season 10 of Dancing With the Stars kicked off on March 22, 2010 and saw a major improvement over season 9 which featured a whopping cast list of 16 celebrities. Season 10 returned to what was manageable with only 11 stars, and there were a lot of big names this time. Shannen Doherty, Buzz Aldrin, Kate Gosselin, Pamela Andreson, Niecy Nash, Chad Ochocinco, Erin Andrews, and Nicole Scherzinger were all well known names from different facets of the entertainment industry, and all competed on season 10! Although the competition was good, it was the drama that made this season one of the most intriguing with reality star Kate Gosselin quickly adopting the role of the villain. While former Pussycat Doll member Nicole Scherzinger almost had an unfair advantage because of her choreography and dance background, figure skater Evan Lysacek did not make the season easy for her. Although Scherzinger and Derek Hough were crowned the winners, the entire season was packed with entertainment and drama and of course incredible dances.The season was also important because fans were first introduced to Erin Andrews, who placed third, and is now a beloved co-host for Dancing With the Stars.

The eighth season of Dancing With the Stars mixed things up from previous seasons with the addition of two new dances and the introduction of “dance-offs,” and the changes paid off making it one of the best seasons of all. While season eight didn’t boast a very well-known cast, the stars were incredibly fast learners when it came to the dancefloor which had viewers coming back for more. The top three stars of the season were Olympic gymnast Shawn Johnson, model and actor Gilles Marini, and former The Bachelor star Melissa Rycroft, which was important for the series overall because it proved that there didn’t need to be big name stars for a season to be successful. Despite being relatively unknown, Johnson, Marini, and Rycroft gave DWTS fans some of the best competition they had ever seen on the series before, with only 1% dividing the winner from the runner-up. Shawn Johnson became the show’s youngest winner at the time when she and Mark Ballas took home the Mirrorball Trophy.

There is no denying that some of the most recent seasons of Dancing With the Stars have been the most impressive, and despite how popular they may or may not be, the celebrities are always endearing fans with their stories. Season 22 featured one of the most anticipated casts with actresses such as The O.C.‘s Mischa Barton and Full House star Jodie Sweetin taking on the dancefloor. The biggest story of the season, however, was Dancing With the Stars first ever deaf contestant Nyle DiMarco, who was just coming off his big win of Cycle 22 of America’s Next Top Model. The handsome model proved he could do more than strut down the runway, however, as he and Peta Murgatroyd danced their way to first place in a very memorable season. DiMarco’s story of struggle and triumph still resonates with fans and remains of the best DWTS wins of all time.

Season 18 of Dancing With the Stars introduced some big things to loyal viewers, and along the way was one of the very best of all the seasons. Season 18 marked Erin Andrews first turn as co-host of the show alongside Tom Bergeron, and it was also the first season to feature “The Switch Up” which gave viewers a hand in changing up the celebrity and pro pairings for one week. As is common with the best seasons, it featured a fantastic and relatively well-known cast which included Cody Simpson, Drew Carey, NeNe Leakes, Danica McKeller and Candace Cameron Bure. The best part about season 18, however, was figure skater Meryl Davis not only competing against her partner Charlie White, but most memorable was watching the chemistry form between herself and her pro partner Maksim Chermkovskiy. While the two denied romance rumors, their dancers were electric with sexual tension and had fans captivated from start to finish every single week, leading them to their big win.

What season 20 of Dancing With the Stars lacked in star power, it made up for with drama, background stories and beautiful dances. Although Rumer Willis’ famous parents Demi Moore and Bruce Willis were well known, not as much was known about Rumer, and fans became instantly interested and intrigued by her DWTS journey. Willis and her pro partner Valentin Chmerkovskiy had incredible chemistry, and if rumors of their romance wasn’t enough, there was a real love story unfolding between Robert Herjavec and his pro partner Kym Johnson. Then of course war veteran Noah Galloway who absolutely stole everyone’s hearts, encapsulating one of the most memorable seasons of all time. Eventually it was Willis and Val who danced away with first place closely followed by Riker Lynch and Allison Holker, and Noah Galloway and Sharna Burgess.

The 11th season of Dancing With the Stars was one of the most buzzed about in the show’s history and for good reason. Season 11 featured some well known names which included David Hasselhoff, Florence Henderson, Audrina Patridge, Kurt Warner and Bristol Palin just to name a few, but they were all eclipsed by the addition of Jennfier Grey to the cast. Known for her iconic Dirty Dancing role, the excitement of the actress taking to the dancefloor more than 20 years after the film, was tangible. Although Grey had a difficult journey on the show, she was always the one to beat, and from her very first dance which was a homage to Dirty Dancing as she and Derek Hough danced a Viennese Waltz to “These Arms of Mine,” to their big win, Grey was cemented in Dancing With the Stars’ history.

It isn’t surprising that Dancing With the Stars’ All-Star season would rank as one of the best, is it? With how fantastic season 15 was with an All-Star cast in 2012, it is truly surprising the show hasn’t done another in the years since. While there were some surprising “All-Stars” it was an all around very talented cast which meant fans were going to see some of the best competition that the show had offered up to that point. With no background needed, it was all about the dancing (and maybe a little drama), which resulted in an all around great season with some surprising early exits, the first ever all female finale, and Melissa Rycroft’s eventual win with Tony Dovolani.

While there hasn’t been a lot of time to reflect on the 23rd season which aired from September 12, 2016 to November 22, 2016, it stands out as one of the show’s very best! With a good mix of current stars such as Jake T. Austin, Jana Kramer, Terra Jole and Calvin Johnson Jr., along with stars from the past like Vanilla Ice and Mauren McCormick, the cast had a little bit of everything for everyone. While Olympian Laurie Hernandez was pegged as the winner from the beginning, it was the talent from Calvin Johnson Jr., and James Hinchcliffe that was the most pleasant surprise for the season. Although fans may have come for Laurie, they stayed for the charm and quick steps of the football player and IndyCar driver.

The 19th season of Dancing With the Stars combined the best of everything the series has to offer to give fans the best season so far. With perhaps the most varied cast of them all, season 19 featured the likes of Pretty Little Liars actress Janel parrish, Mean Girls star Jonathan Bennett, and Duck Dynasty star Sadie Robertson along with stars from the past such as The Fresh Prince of Bel Air actor Alfonso Ribeiro, and iconic comedian Tommy Chong. Despite the diversity, the cast was extremely talented leading to a record number of high scores over the course of the season, but most of all it was the infectious dedication and personality of Ribeiro that makes season 19 stand out above the others. On November 25, 2015 Ribeiro and Witney Carson were named the champions of the season with Sadie Robertson and Mark Ballas in second and Janel Parrish and Val Chmerkovskiy in third.