Dancing With The Stars’ Most Memorable Performances 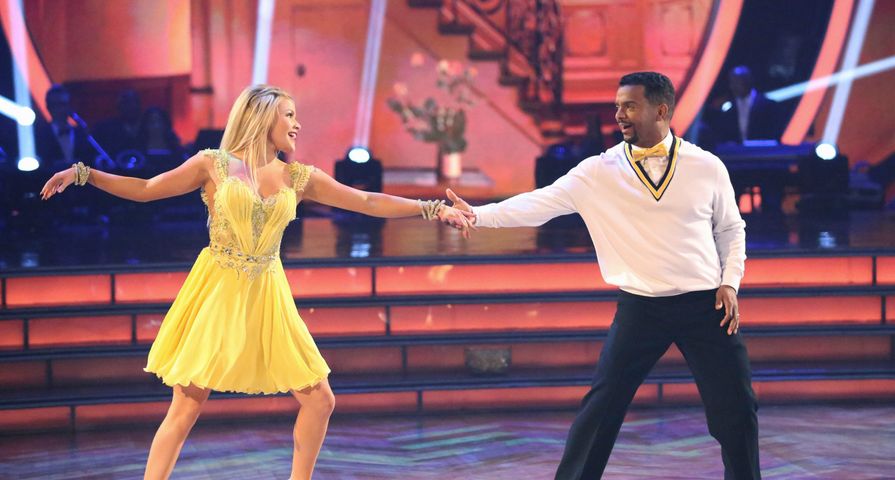 The popular ABC reality competition Dancing With the Stars has hit its milestone 25th season this year! Over the course of 25 seasons, many celebrities with little to no dance experience took the floor with precise technique, impressive spins and role-playing abilities that wowed both the judges and viewers alike. Although each season racks up quite a few jaw-dropping performances, we’ve looked back at Dancing with the Stars’ past and compiled the all-time best performances to ever hit the show. Follow along below for the top 10 best Dancing with the Stars performances from the past 25 seasons:

Best known for his role in the Sex and the City movie, Gilles Marini wowed audiences when he and partner Cheryl Burke took the floor in season 8 to a fiery Argentine tango routine. Despite the show only being on week four, Gilles proved that he truly had an innate dance ability within him by showing off clean lines and sharp movements. Both Cheryl and Gilles brought the drama and fierceness with this tango performance and were awarded a well deserved 30/30 from all judges!

Former One Tree Hill actress Jana Kramer and Gleb Savchenko performed the most seductive tango Dancing with the Stars has ever seen to Selena Gomez’s hit song “Hands To Myself” back in season 23. This single dance brought Jana from a middle of the pack dancer to one of the frontrunners of the entire season. The dance featured a surprise shower scene, a sparkly backless dress and multiple intricate lifts that landed this dance as an easy 10/10 from all the judges with this spicy Argentine Tango routine!

During week 10 season four professional dancer Julianne Hough and her partner speed skating competitor Apolo Anton Ohno took the floor in a hip-hop freestyle that was unique and wowed the judges! The dancing duo even used their blindfolds to cover their eyes during the dance and proved that they are able to be perfectly in sync even without seeing each other at all. The high-energy routine to “Bust a Move” also featured Apolo showing off his best brake dancing moves in a solo floor routine which raised loud applauds from the audience and judges!

Popular entertainer Donny Osmond took to the dance floor with partner Kym Johnson in season 9 to a sharp and seductive Argentine Tango that the judges raved about. Len Goodman called the dance Osmond’s best yet which proved that despite being a newbie dancer, Osmond undeniably perfected his tango technique! Johnson admitted that before the dance she was more nervous than she ever had been for a performance, but all the hard work paid off and the duo landed a 29/30 for this passionate performance and would later go on to win the entire season!

Fresh Prince of Bel-Air alum Alfonso Ribeiro proved that he still has the same moves he had in his twenties in this spunky jazz number on season 19! Ribiero showed off his classic “Carson” dance move that made the crowds rave and judges fawn over his effortless comedy and sharp technique. The star’s ability to act while he dances made the fun-loving routine all the more enjoyable and a 10/10 dance that no one could forget!

Pussycat Dolls lead singer Nicole Scherzinger performed an unforgettable Paso Doble with partner Derek Hough on season 10 and landed herself a perfect score and proved herself a frontrunner on the season! The milestone dance mixed ’50s style with classic Paso Doble moves that made the performance original but still classic. Nicole’s sharp dancing and clean lines made the dance look so effortless that we almost forgot the leggy star was suffering from a back injury while she performed!

Soap opera star and model Kelly Monaco took the floor with Val Chmerkovskiy in the show’s first ever contemporary routine and blew the judges away with her technique, passion and performance skills. The courageous dance was emotion-filled, dramatic and showed a lot of contrast between hard and soft movements that the judges loved. Bruno explained that a contemporary dance like this would take years of training and Monaco pulled it off beautifully despite being a newbie to the dance floor!

Canadian race car driver James Hinchcliffe proved that he has extreme talent on the dance floor as well in the Halloween-themed Viennese Waltz that he performed that partner Jenna Johnson. The duo took on the roles of the Joker and Harley Quinn in a thrilling performance that combined role playing and perfect technique. The performance blew judges away because James had to change partners last minute which would typically require some adjustments, but he proved that he is able to dance with any partner and judges even labelled him the next Mark Ballas. The impressive dance is the show’s most viewed performance on YouTube and currently has over 8 million views!

American actor James Maslow performed a stunning contemporary routine with partner Peta Murgatroyd to a classic Frozen tune that took judge’s breath away and landed them a 40/40 score. This dance marked the first perfect score from season 18 and incorporated both acting and sharp technique in the emotion-filled number! The judges called the dance sincere, effortless and Carrie Ann Inaba even admit to crying throughout the entire performance.

Nothing beats the Western-inspired freestyle that actor Drew Lachey and partner Cheryl Burke performed during season two! The dancing duo performed to “Save a Horse, Ride a Cowboy” and the theatrical number was filled with highly technical choreography that Drew pulled off perfectly but still had a fun-loving spirit and high energy feel. The dance set a new standard for creativity on the show and redefined ballroom dancing!