Home » Entertainment » Celebrities » Cast Of There’s Something About Mary: How Much Are They Worth Now?

Cast Of There’s Something About Mary: How Much Are They Worth Now? 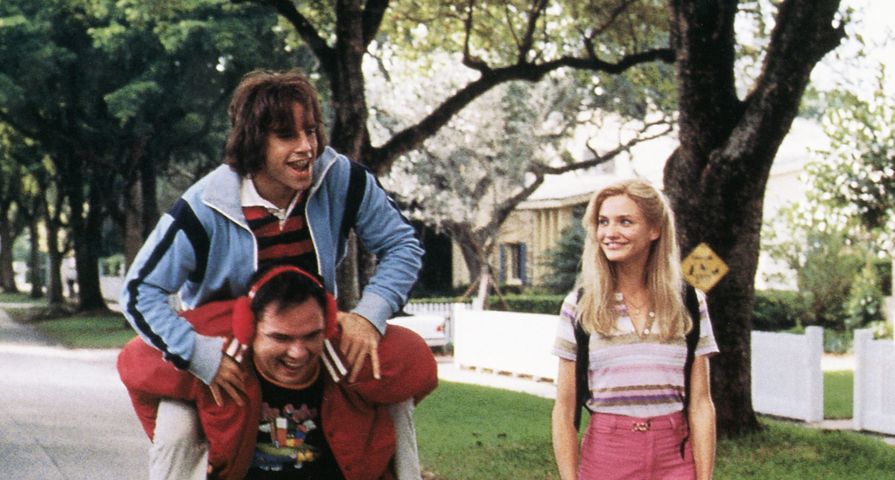 This film was another successful comedy product from the Farrelly brothers, Bobby and Peter. Released back in 1998, There’s Something About Mary was a huge hit that swept the box offices. Looking back now, the movie was packed with a star-studded cast who all turned into mega-celebs like Cameron Diaz, Ben Stiller, Jeffrey Tambor and Matt Dillon. These A-list actors weren’t at the peak of their careers just yet, but their roles in There’s Something About Mary definitely set the stage for many more comedy projects in their careers. This rom-com got a wave of praise from critics and continues to be a favorite pick among viewers 20 years later. Here’s a look back on the main cast from the film to see how far their careers have come and how much they are worth now:

Estimated Net Worth: $3 million. Keith David has an extensive career between film, television, voice acting and singing. His most notable roles have been in films: The Thing, Crash, There’s Something About Mary, Barbershop, Men at Work, They Live, The Chronicles of Riddick, Armageddon, Requiem for a Dream. One of his biggest money making roles was starring in the series Community and a few episodes of Rick and Morty. One interesting thing about David is that he’s done just as much voice work as he has acting! He lent his voice to many animated projects like Fantastic Four, Aladdin, The Legend of Tarzan, Spider-Man, Robot Chicken, The Princess and the Frog, Hercules: The Animated Series, Halo 3, and Teenage Mutant Ninja Turtles. David does a lot of on-stage work in addition to acting in front of the camera and was even once nominated for a Tony Award! Keith David has an incredible list of credits, but he’s only worth about $3 million. We suspect it’s a bit higher, but regardless that’s quite impressive!

Estimated Net Worth: $15 million. Jeffrey Tambor is an american actor who is well known for his comedic roles like on The Larry Sanders Show, Arrested Development and the recent series Transparent which earned him an Emmy Award and Golden Globe! Tambor has done A LOT of film and television work and much of it is critically acclaimed. He’s been a regular cast member on the following series: The Ropers, Hill Street Blues, Mr. Sunshine, Max Headroom, American Dreamer, Twenty Good Years, and China, IL. In addition to his regular castings he’s done tons of guest appearances and cameos in many different series. Tambor’s film career is just as extensive with starring roles in big projects like The Hangover, The Hangover Part II, The Hangover Part III, Lucky, Branded, Operation: Endgame, Hellboy II, Hellboy, My Boss’s Daughter, Girl, Interrupted, Meet Joe Black and The Accountant (just to name a few). He was reportedly making $75 thousand per episode while working on Arrested Development so it’s no surprise he’s now worth an estimated $15 million!

Estimated Net Worth: $12 million. Before breaking into the acting world, Markie worked on game shows. She then moved into television acting with brief roles in The A-Team, Simon & Simon and Cheers, but she’s most well known for her regular and starring roles on The Fall Guy, Night Court and Hearts Afire. In addition to these regular castings, she’s had recurring and guest star roles on The District, 30 Rock, Chicago P.D., Scrubs and voicing a character in the animated series Transformers: Prime. When it comes to the film industry, Post hasn’t done much. Her credits include There’s Something About Mary and a few small television movies. Regardless, she’s been acting for quite some time dating back to the early ’80s so it’s no wonder her net worth is so high! She’s estimated to be worth $12 million.

Estimated Net Worth: $800 thousand. This actress started out as a “scream queen” with a flew of roles in horror films like A Nightmare on Elm Street, Dead End, Critters, 2001 Maniacs, Amityville: A New Generation, The Signal, Tales of Halloween, the Insidious franchise, Ouija, and Abattoir. But she’s also done a lot of comedy like Dumb and Dumber, Jewtopia, There’s Something About Mary and Kingpin. Lin Shaye has now appeared in over 80 films throughout her career — it’s impossible to name them all! Shaye sticks to her film roots pretty loyally. She hasn’t done any regular castings on television, but she’s done on episode appearances in numerous series like Life Goes On, My So-Called Life, Private Practice, ER and Crossing Jordan — just to name a few. Today she’s worth an estimated $800 thousand which seems low considering her long list of credits, it’s probably higher, but the horror films she does most likely don’t score too high at the box office.

Estimated Net Worth: $8 million. Lee Evans is now a retired comedian, actor, writer and musician. Evans wrote and starred in the shows The World of Lee Evans and So What Now? He starred in a few films like Funny Bones, Mousehunt, The Ladies Man, The Medallion, The Fifth Element, Plots with a View and Freeze Frame. He was quite successful as a comedian, at one point he was the highest selling stand-up comedian in Britain based on his “Roadrunner” tour which grossed about 12.9 million pounds each year! Evans is most definitely comfortably retired because he’s now worth an estimated $8 million!

Estimated Net Worth: $5 million. This comedian is most widely recognized for his work on Late Night with David Letterman. His biggest film roles have been starring in Cabin Boy, There’s Something About Mary, Scary Movie 2 and Ground Hog Day. In terms of television, Elliot had recurring roles on How I Met Your Mother, According to Jim and Everybody Loves Raymond. Elliot had a starring role on Get a Life! (a sitcom he also created) and Eagleheart and currently stars on Schitt’s Creek. His film roles and work on the comedy scene in television have earned him a cool $5 million!

Estimated Net Worth: $35 million. Matt Dillon has won almost 20 awards for his acting! He started out as a teen idol in the films My Bodyguard, Tex, Rumble Fish, and The Outsiders. To this day, Dillon has appeared in 50 films — his most notable credits have been: Drugstore Cowboy, Singles, The Saint of Fort Washington, To Die For, Beautiful Girls, In & Out, There’s Something About Mary, Wild Things, Crash, Factotum, You, Me and Dupree, Nothing but the Truth, Old Dogs, Herbie: Fully Loaded and Sunlight Jr. In addition to acting, Dillon directed, wrote and starred in the film City of Ghosts. Dillon doesn’t do any television work except for the odd guest cameo. His extensive film work and many, many starring roles have earned him an estimated net worth of $35 million.

Estimated Net Worth: $150 million. Ben Stiller is a staple comedian in Hollywood. He is credited as an actor and filmmaker and the son of two veteran actors, Jerry Stiller and the late Anne Meara. Stiller started his career with his own show called The Ben Stiller Show which he not only hosted, but also produced. He then switched over to film and to this date has written, starred in, directed and or/produced over 50 films! Stiller’s biggest projects have been in Reality Bites, The Secret Life of Walter Mitty, Zoolander, The Cable Guy, Along Came Polly, There’s Something About Mary, Meet the Parents, Dodgeball, Tropic Thunder, the Madagascar series and Night at the Museum. Ben Stiller definitely makes the majority of his money doing film work, but he’s also appeared on series like Curb Your Enthusiasm, The King of Queens and Arrested Development. Stiller is worth a whopping $150 million due to his insane amount of starring roles and work behind the camera. Stiller is hilarious and great at what he does — he’s definitely earned his money!

Estimated Net Worth: $120 million. This actress, producer and author has most definitely ‘made it’ in Hollywood. She rose to fame with starring roles in feature films like The Mask, My Best Friend’s Wedding and There’s Something About Mary. Once she made a name for herself, the roles kept coming! She starred in big projects like Charlie’s Angels, The Sweetest Thing, In Her Shoes, The Holiday, My Sister’s Keeper, Bad Teacher, What to Expect When You’re Expecting, Shrek (and all the sequels), Sex Tape, The Other Woman and Annie — just to name a few. Diaz has appeared in over 40 films! She also received critical acclaim for her roles in Vanilla Sky, Being John Malkovich, There’s Something About Mary and Gangs of New York. Outside of acting, Diaz was a producer for the film Bad Teacher and recently published a health book called The Body Book: Feed, Move, Understand and Love Your Amazing Body. In 2013 she was one of the highest paid actresses in Hollywood, so it’s no wonder her net worth is so high! Cameron Diaz has an estimated net worth of $120 million.