Cast Of The King Of Queens: How Much Are They Worth Now? 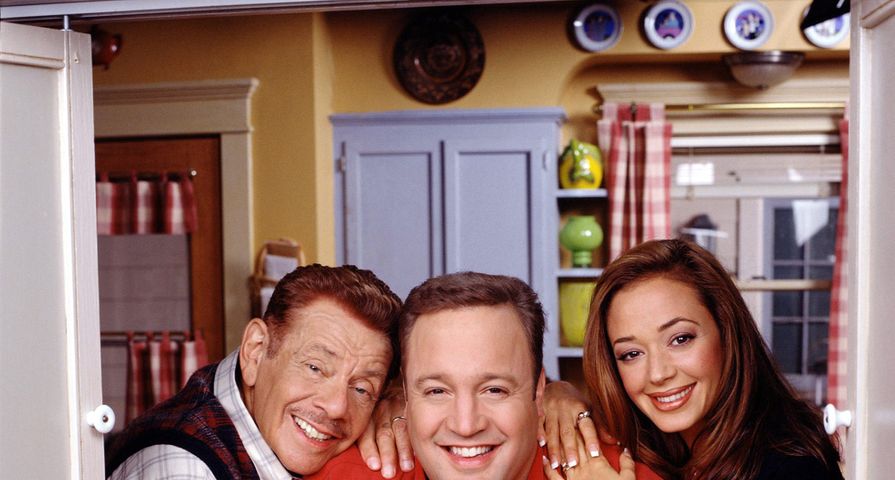 The King of Queens had a long and successful run of nine seasons lasting from 1998-2007. Upon its series finale on May 14, 2007 The King of Queens became the last American live action sitcom that premiered in the ’90s to end its run on television, but thanks to its loyal fanbase still does amazing in syndication. It helped launched the career of stars such as Kevin James, Leah Remini, Jerry Stiller and Patton Oswalt, while combining in the perfect supporting cast who always get swept in Doug and Carrie Heffernan (but mostly Doug’s) antics. It has now been nine year since the series ended, so check out how the cast is faring with this list of how much they are worth now!

Estimated Net Worth: $3 Million. Merrin Dungey has had a very successful career as a TV actress, starting from her first on-screen role in 1995 on the series Martin. She went on to appear in many hit series including Friends, Seinfeld and ER and earned guest starring roles on shows such as Malcom in the Middle, Summerland and as Deacon’s wife Kelly on The King of Queens. She has had continuous work on television and has most recently appeared in  Once Upon a Time, Brooklyn Nine-Nine and Chasing Life, all of which adds up to an estimated net worth of $3 million.

Estimated Net Worth: $700 Thousand. Larry Romano appeared in 43 episodes of The King of Queens as Doug’s dim-witted friend Richie Iannucci. Over the years, he has accumulated 34 acting credits to his name which has included roles in Lock Up starring Sylvester Stallone, NYPD Blue, Public Morals, Donnie Brasco and Kristin. Unfortunately Romano has not had many starring roles over the course of his career, meaning his estimated net worth only lands somewhere around $700 thousand.

Estimated Net Worth: $3 Million. Nicole Sullivan is a very well known actress and voice actress and comedian. She began her career with a small role on an episode of Herman’s Head in 1991. She continued with many TV series appearances and also quickly began voice acting and is best known for her roles on MadTV, Raines and, of course, The King of Queens as Holly Shumpert. She has most recently been seen on Cougar Town, Wendell and Vinnie, Black-ish and providing multiple voices on Family Guy. Overall, she has earned a respectable net worth of $3 million.

Estimated Net Worth: $2.5 Million. It has become well known that where there is Kevin James, there is Gary Valentine and it all started with The King of Queens. Valentine played Doug’s cousin Danny Heffernan, appearing in 103 episodes. He went on to appear in I Now You Pronounce You Chuck & Larry, Paul Blart: Mall Cop, Zookeeper and Here Comes the Boom, all of which starred Kevin James. He also appeared in the series Fargo and, although Valentine only has 21 acting credits, he has a net worth of $2.5 million.

Estimated Net Worth: $14 Million. Patton Oswalt got his start as a successful stand-up comedian which led to a writing gig for MADTtv before getting his very own HBO comedy special in 1996. Along with his success as a comedian, he has had continuous work in films and on TV, which includes quite a few voice-acting roles. He is best known for his role as Spence Olchin on The King of Queens and is also now the narrator of the hit sitcom The Goldbergs. His long and very busy career has led Oswalt to a very respectable net worth of $14 million.

Estimated Net Worth: $2 Million. Victor Williams has been acting since 1984, but after many single episode appearances in several TV shows, his biggest role was as Doug’s best friend, Deacon Palmer, in The King of Queens. Since the end of the series he has appeared in many more shows including NYC 22, The Affair and The Blacklist. While he hasn’t had many leading roles, his consistent work has landed him with a net worth of $2 million.

Estimated Net Worth: $12.5 Million. Jerry Stiller is a comedic genius and some of his best was seen in The King of Queens as he portrayed Carrie’s father Arthur Spooner. For decades Jerry was one half of the comedy dynamic duo known as Stiller and Meara alongside his wife Anne Meara. He pursued many solo projects as well in television landing roles in Seinfeld, Tattinger’s, Hairspray, Fish Hooks, and also appeared in several films starring his son Ben Stiller, including Zoolander and The Heartbreak Kid. Over the duration of his long and iconic career Stiller has earned himself an estimated net worth of $12.5 million.

Estimated Net Worth: $20 Million. Leah Remini is a well-known actress who now has her own series on TLC and much of her success can be credited to her role as Carrie Heffernan for the duration of The King of Queens. Before the role she was known for her parts on Who’s the Boss?, Living Dolls, Saved by the Bell, Phantom 2040 and Fired Up. After the series ended she was in the headlines for her exit from the Church of Scientology and opening up about other celebrities in the religion. She also landed her own TLC series, Leah Remini: It’s All Relative. She has done very well for herself with an estimated net worth of $20 million.

Estimated Net Worth: $80 Million. Kevin James has had major success in both television and films, thanks in large part to being a part of a group of comedian friends that often put out films together and which includes David Spade, Rob Schneider, Chris Rock and Adam Sandler. He started his television career on Cosby and Everybody Loves Raymond in 1998 which was the same year he was cast as Doug Heffernan for The King of Queens. He has also had success with films such as Hitch, I Now Pronounce You Chuck & Larry, Grown Ups, The Dilemma, Zookeeper, Here Comes the Boom and many others. Along with his stand-up comedy career, James now has a net worth of $80 million.