Home » Entertainment » Celebrities » Cast Of Stepmom: How Much Are They Worth Now?

Cast Of Stepmom: How Much Are They Worth Now? 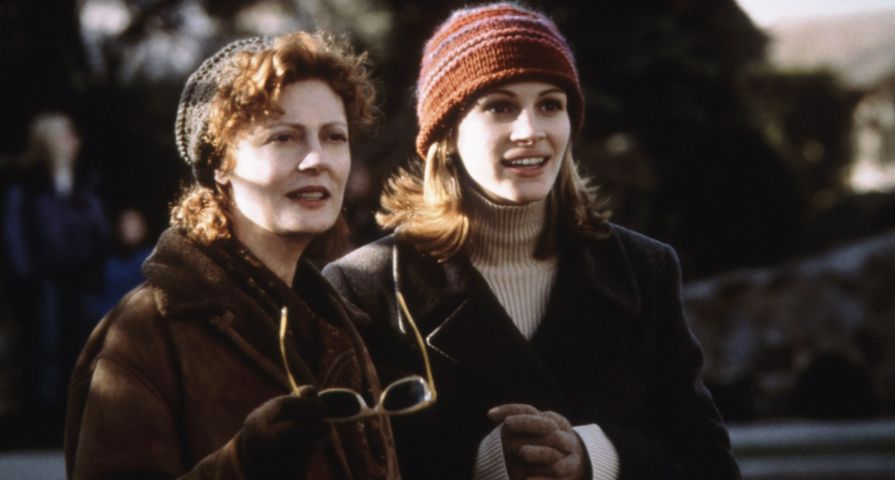 The ’90s were a very busy time for Julia Roberts, who as the “it girl” of the decade and amidst the slew of romantic comedies such as Pretty Woman, Notting Hill, Runaway Bride and My Best Friend’s Wedding, she took on some more dramatic roles. One of her often forgotten about, but best films, was 1998’s Stepmom. It had a small main cast, but a very talented one, and a story that gripped audiences from beginning to end, making it a film that you can watch over and over again. It has now been 18 years since Stepmom was first released and a good time to find out how the cast’s careers have panned out!

Estimated Net Worth: $3 Million. Since the cast was so small for Stepmom, Lynn Whitfield only had the small role of Dr. P. Sweikert. She began her career in theater before moving to on-screen work in 1981. Whitfield has worked hard and now has 100 acting credits to her name and is most well known for her roles in Eve’s Bayou, The Josephine Baker Story and The Rebound. She has also appeared in shows such as Without a Trace, How to Get Away with Murder and Boston Public and has made a net worth of $3 million.

Estimated Net Worth: $30 Million. Ed Harris is a very well known actor who has been in many major films. He portrayed Luke Harrison in Stepmom for which he won the National Board of Review Award for Best Supporting Actor. Over his lengthy career he is best known for his roles in Borderline, The Abyss, The Firm, Apollo 13, The Rock, The Truman Show, Enemy at the Gates, A Beautiful Mind and Appaloosa just to name a few. Given his continous big-scale work he has made a very respectable estimated net worth of $30 million.

Estimated Net Worth: $1 Million. Liam Aiken did very well as a child star with his first role coming in 1997’s Henry Fool, followed by many other films including Stepmom, Sweet November and Road to Perdition. Aiken also landed the starring role in the big-screen adaptation of A Series of Unfortunate Events. Given his fast success, it is surprising that although he has continued acting, he has not appeared in anything on the same level of fame as the films he starred in as a child. It is also unfortunate that he was originally cast as Harry Potter for the series but was let go after J.K. Rowling insisted all actors be British. Regardless, Aiken still has a net worth of $1 million.

Estimated Net Worth: $4 Million. Jena Malone began acting when she was only 12-years-old and gained instant recognition after starring in 1996’s Bastard Out of Carolina. She went on to appear in Contact and Stepmom as Anna Harrison, as well as films such as Donnie Darko, Life as a House, Cold Mountain, Pride & Prejudice, Into the Wild and recently The Hunger Games as well as many others. Given her impressive resume it is somewhat surprising Malone’s net worth is not more than the estimated $4 million.

Estimated Net Worth: $50 Million. Iconic actress Susan Sarandon had the heartbreaking role of terminally-ill Jackie Harrison in Stepmom, which is just one entry on a long list of major roles for the star. She began her career back in the ’70s appearing on many different TV series before moving to films in The Front Page, and her big break came in 1975 in the cult classic The Rocky Horror Picture Show. Her notable roles are much too many to list but she is best known for movies like Thelma & Louise, Dead Man Walking, Little Women and The Banger Sisters. Over the many decades of her career she has made an incredible $50 million.

Estimated Net Worth: $170 Million. Julia Roberts has been on Hollywood’s A-list for years, in a career that is hardly matched by many other celebrities. She has taken on various roles and has won many awards for her performances. She began acting in 1987 and quickly rose to fame with roles in Steel Magnolias and Pretty Woman. She went on to star in Sleeping With the Enemy, Hook, My Best Friend’s Wedding, Notting Hill, Runaway Bride, The Mexican and won an Oscar for Erin Brokovich, just to name a few, and in 1998 starred in Stepmom as Isabel Kelly. Her continuous blockbuster work, and many endorsement deals have ended up in a hefty pay day for the actress who now has an estimated net worth of an outstanding $170 million.