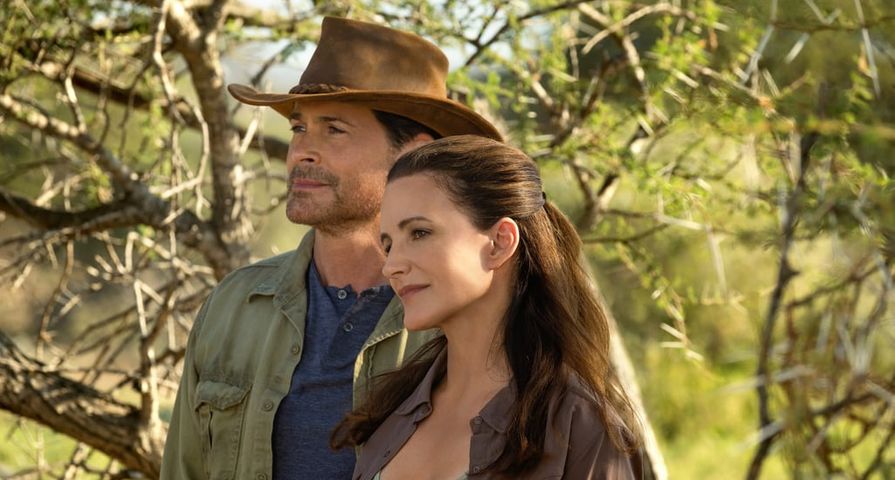 After all of the Halloween fun in October, Netflix is now moving in to November with the return of some favorite series as well as quite a few new Netflix Original movies and shows. With a lot of new content coming to the platform all month long, that also means it is time to say goodbye to some favorite titles as well, which means there are only a few days left to binge some shows! Netflix is also beginning to launch some of its highly-anticipated holiday and Christmas-themed content through all of November, so here is everything coming and going from Netflix this November:

After a long wait, Netflix’s sleeper hit series Atypical returns with its third season on November 1! The third seasons sees the lead character, Sam, tackle going to college and having to figure out what success means to him while dealing with the pressures of growing up. Meanwhile, at home, his mom, Elsa (Jennifer Jason Leigh), continues her journey of self-discovery as her children become independent. The series also stars Michael Rapaport as Sam’s dad Doug, Bridgette Lundy-Paine as Sam’s sister, Casey, and Amy Okuda as Julia, Sam’s therapist. The season will also see two exciting guest stars: Sara Gilbert recurs as Sam’s new ethics professor alongside Will & Grace star Eric McCormack as Sam’s art professor.

The Devil Next Door is a crime docu-series that looks at the trial of an ex-Naxi death camp guard.

The End of the F***ing World: Season 2
Seth Meyers: Lobby Baby
She-Ra and the Princesses of Power: Season 4
Tune in for Love
Undercover Brother 2

The Body Remembers When the World Broke Open

Stars Kiernan Shipka, Jacob Batalon, Shameik Moore and Isabela Merced. When a snowstorm hits a small midwestern town on Christmas Eve, a group of high school seniors find their friendships and love lives colliding thanks to a stranded pop star, a stolen keg, a squad of competitive dancers, a mysterious woman covered in tin foil, and an epic party at the local Waffle Town. Come Christmas morning, nothing will be the same.

A cohabiting couple in their 20s navigate the ups and downs of work, modern-day relationships and finding themselves in contemporary Mumbai.

Stars Vanessa Hudgens, Josh Whitehouse, and Emmanuelle Chriqui. After a magical sorceress transports medieval knight Sir Cole (Whitehouse) to present-day Ohio during the holiday season, he befriends Brooke (Hudgens), a clever and kind science teacher who’s been disillusioned by love. Brooke helps Sir Cole navigate the modern world and helps him discover how to fulfill his mysterious one true quest — the only act that will return him home. But as he and Brooke grow closer, Sir Cole begins to wonder just how much he wants to return to his old life.

Holiday Rush
John Crist: I Ain’t Prayin For That
Mytho

Stars Dennis Quaid, Bridgit Mendler, Brent Morin, Siobhan Murphy, Adam Rose, Hayes MacArthur, Elizabeth Ho, Ashley Tisdale, Garcelle Beauvais, Tyler Ritter. Set during the happy but hectic days before and after Christmas, Merry Happy Whatever follows Don Quinn (Quaid), a strong-willed patriarch from Philadelphia doing his best to balance the stress of the holidays with the demands of his close-knit but eclectic family — and his family doing their best to manage him. But when youngest daughter Emmy (Mendler) arrives home from L.A. with a new boyfriend, struggling musician Matt (Morin), Don’s belief that “there’s the Quinn way… and the wrong way” is put to the test.

Atlantics
Chip and Potato: Season 2
I Lost My Body
La Reina del Sur: Season 2
The Movies That Made Us

42
300
A Dog’s Life
As Good as It Gets
Caddyshack
Caddyshack 2
Chasing Liberty
Gran Torino
Groundhog Day
Little Women
Madagascar: Escape 2 Africa
Recess: Taking the Fifth Grade
Road House
Romeo Is Bleeding
Scary Movie 2
Scream
Seal Team Six: The Raid on Osama Bin Laden
Sex and the City: The Movie
Stardust
Stitches
Taking Lives
The American
The Bank Job
The Bishop’s Wife
The House Bunny
The Lord of the Rings: The Return of the King
The Lord of the Rings: The Two Towers
The Sixth Sense

Amazing Hotels: Life Beyond the Lobby
The Dark Charisma of Adolf Hitler: Leading Millions into the Abyss
Round Planet
Secrets of the SAS: In Their Own Words