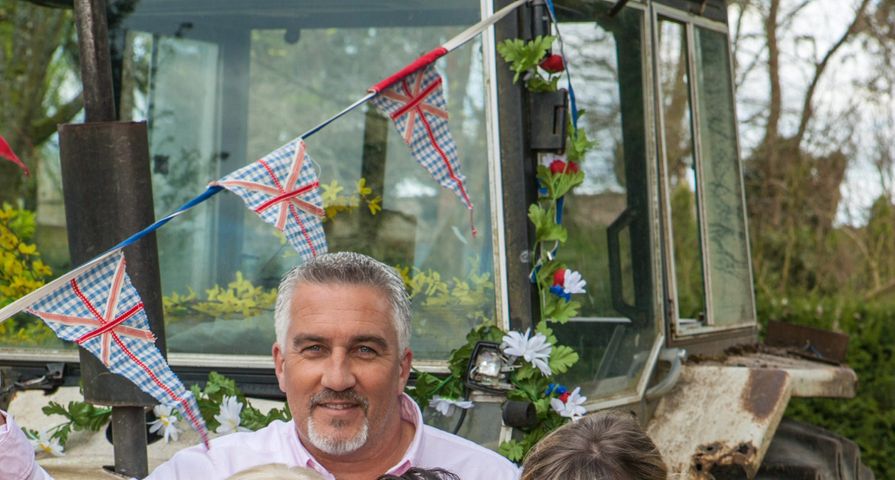 Netflix has introduced audiences to shows and films that they now love but they would never have known about, especially when it comes to shows from other countries. England’s Great British Bake Off, or The Great British Baking Show, is one of the series that fans have come to love thanks to Netflix, and now that is a global sensation, audiences have a lot of questions. For everyone who is determined to be an amazing baker after being inspired by the show, here are some behind the scene secrets from GBBO: 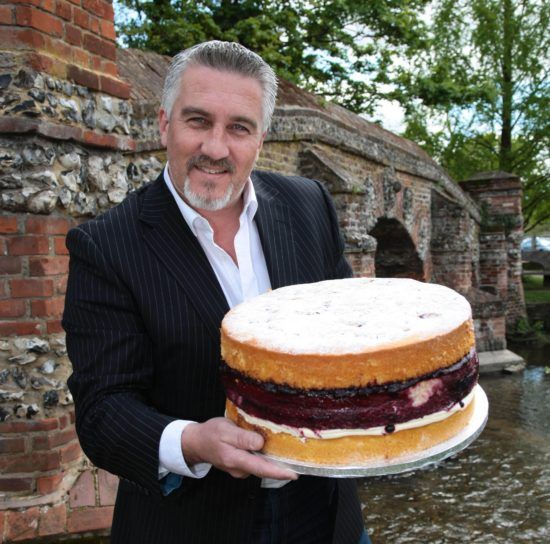 Baking can be sweaty, and very messy, but contestants need to keep that in mind in when filming. For continuity purposes, the contestants have to wear the same outfit over the course of the two days that the episode is filmed. “Luckily they change the aprons so we don’t look like a Jackson Pollock painting by the end of it,” 2013 champion Frances Quinn told Cosmopolitan. “I think layers [is the answer], but even then you still have to wear what you had on, on top. Difficult.” 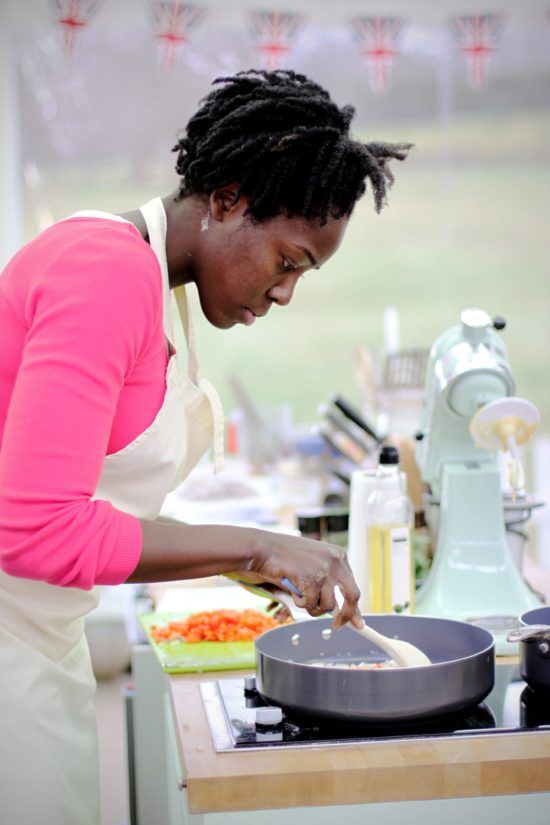 The most important part in ensuring the bakers get what they want for a final product is the ovens. Every day, every oven has to be tested, and it is done so with cakes. Before filming, every oven has a Victoria sponge cake cooked in it to make sure the oven is work properly. In addition, every time the bakers use the ovens, a camera has to be present. Whenever a contestant is ready to put their creation into the oven, they must make sure a cameraman is on them. This can, of course, mean a lot as the contestants need to make sure their pie, cake or pasty isn’t in the oven for seconds or even minutes longer than it is supposed to be while they wait for a cameraman to get to them. 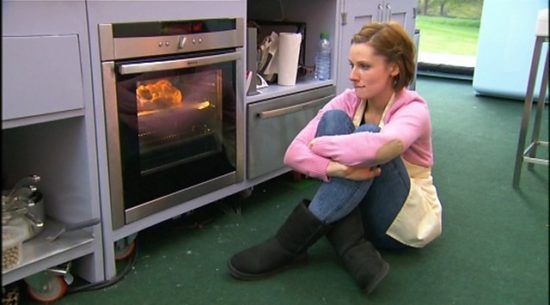 Baking under pressure is a challenge all in itself, but one thing that greatly impacts the contestants is the temperature of the tent while they are baking. “The temperature fluctuates – you’d be making a meringue and it would start raining, or we’d try and make pastry and it would be 27 degrees outside. The technical challenges and lack of time and lack of fridge and workspace are the enemy on that show,” Frances Quinn shared. 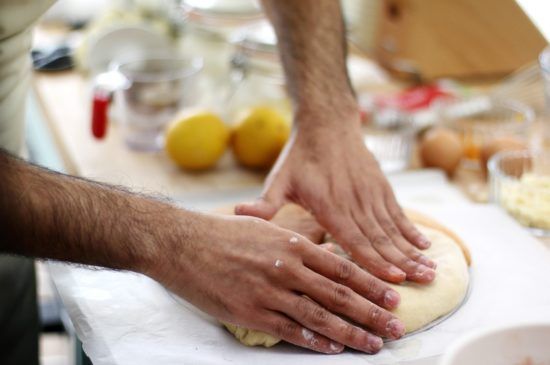 The illustrations that are shown as each baker explains their baking creation for the day are done by Tom Hovey. He told the BBC he draws them “a pack of photos of the finished bakes from the set after each episode has been filmed … I sketch out all the bakes quickly in pencil to get the details, form and shape I am after. I then work these up by hand drawing them all in ink, then they’re scanned and colored digitally, and then I add the titles and ingredient arrows. It’s a fairly well streamlined process now.” Even if a bake goes horribly wrong, Hovey said his “illustrations are a representation of what the bakers hope to create. Even if the bakers don’t produce what they’ve intended to I have a degree of artistic license to make them look good.” 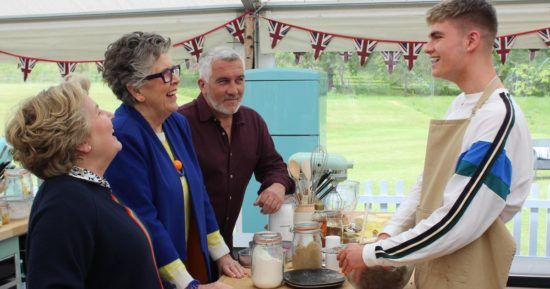 Although it seems like there is a lot of food waste because the judges only take a bite of every cake, audiences don’t have to worry about the cakes going to waste. It turns out that the behind the scenes crew make sure everything gets cleaned up. “The crew eats all the leftovers,” Beedle told The Mirror. “We get some brought to us in the green room so we can taste each other’s bakes, but it’s only slivers.” 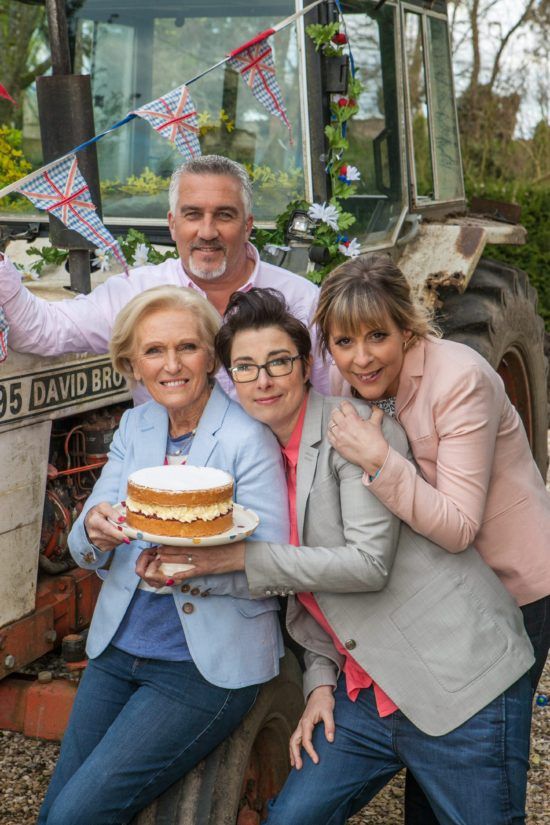 The application process for GBBO is pretty intense. According to contestants, the application page form is 10 pages long, and goes in-depth on not only the applicants’ baking skills but their personalities as a whole. “It’s a long application form. I think it’s designed to put some people off, essentially,” fourth season contestant Beca Lyne-Pirkis said. “It asks you about everything you have done, good and bad. It’s designed to get information about your character, stories, mishaps and successes.” 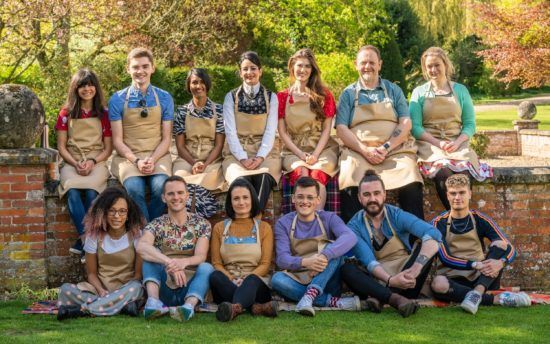 Once the lengthy application form is submitted and a contestant is selected, the audition process is even more difficult. “Every person who makes it into the marquee has passed a rigorous series of tests,” GBBO creator and executive producer Anna Beattie told The Telegraph. In addition to the application form, The Telegraph reported that there is “a 45-minute telephone call with a researcher, bringing two bakes to an audition in London, a screen test and an interview with a producer. If they get through that, there is a second audition baking two recipes … in front of the cameras, and an interview with the show psychologist to make sure they can cope with being filmed for up to 16 hours a day.” One contestant revealed that the audition process actually cost him a “couple thousand pounds” because of getting to the auditions and getting all the ingredients for the practices bakes and the ones required for the in-person audition. 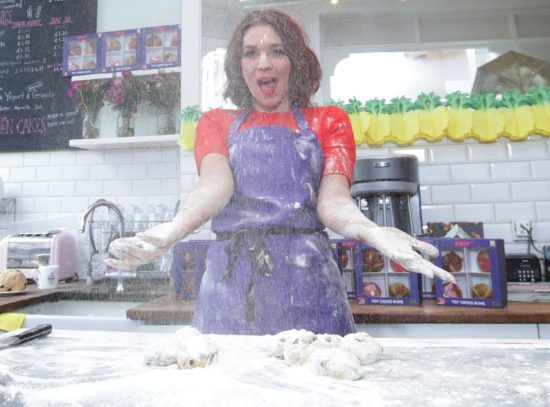 Getting a break really isn’t an option on GBBO. According to Frances Quinn, filming can go for 13 hours a day and are interviewed about eight times a day! “You haven’t really got a life other than Bake Off. No social life. That was the most stressful time. We had to get a train down on the Friday and we’d have a wake up call at 5am, we’d be in the tent at 7am. We’d wrap filming at about 8pm and then it would be the same again the next day. I’d get back at about midnight on the Sunday. It’s not just a 2 hour bake with a few buttercups.” Quinn added, “They just have to get so much footage for an hour show. You’re being interviewed about eight times a day, just so they’ve got every type of answer and every type of question has been asked. They don’t want to miss a thing.” 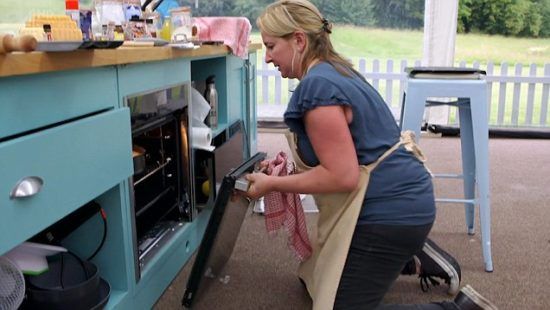 In order to make sure every moment is captured and nothing is overlooked, there is a crew of 50 or more people behind the scenes. There is one person who is a “food researcher” and it is their job to make sure that the elaborate recipes that the judges want the bakers to make are actually possible. There is the show’s chief home economist Faenia Moore who is in charge of the food producers, and observes the contestants so she can report back to producers about problems. Moore’s three-person team of producers is responsible for all the food and equipment, and they work out of a prep kitchen adjacent to the tent (contestants aren’t allowed in). In addition, there is a food runner in place at the nearest grocery store who gets called in case of any last-minute changes in recipes or if something is missing. “I can call and say, ‘We need more raspberries in 10 minutes — go, go, go!” Moore revealed. 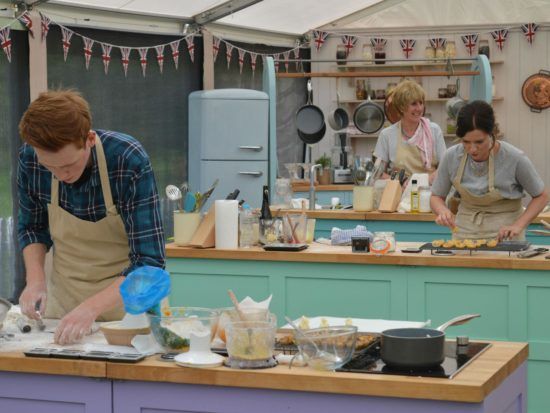 It is no secret that a lot of reality series actually create the drama by producers suggesting topics to discuss or creating dramatic situations for the contestants to react to, but that isn’t the case on GBBO. Host Sue Perkins revealed that she and Mel actually walked off the set in season one after producers tried this tactic. “We felt uncomfortable with it, and we said ‘We don’t think you’ve got the right presenters’. I’m proud that we did that, because what we were saying was ‘Let’s try and do this a different way’—and no one ever cried again. Maybe they cry because their soufflé collapsed, but nobody’s crying because someone’s going ‘Does this mean a lot about your grandmother?’ Many the bakers have sad stories, but guess what? We never touch on any of them.” She added, “A good Bake Off for me is just about cakes and nice people—and that’s a successful show.” 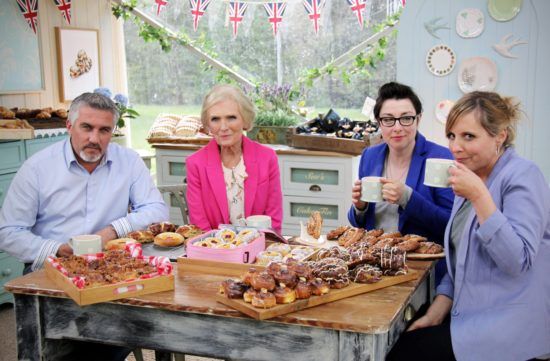 In addition to every oven being tested every day to make sure it is in perfect working order, the show works to ensure that all contestants are on a level playing field at all times. All of the contestants are briefed by the ovens’ manufacturer to make sure they have a full understanding of how to operate the ovens. In addition, producers identify the 10 signature bakes and showstoppers during pre-production so that before the filming even begins the contestants have to have an idea on what they would make for each one. While there is no guarantee that they will bake all of what they identify, they do know what is ahead for the entire competition, which means unlike other baking or cooking competitions, the only surprise on GBBO is the technical bake. 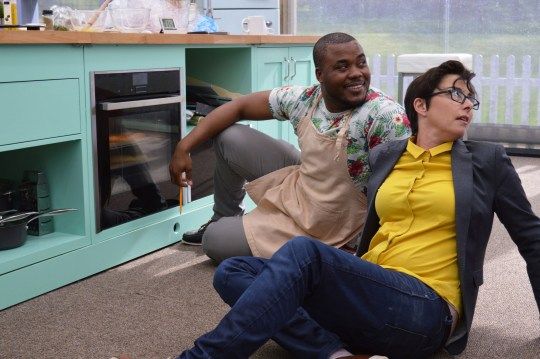