Home » Entertainment » Celebrities » Cast Of Real Housewives Of Potomac: How Much Are They Worth?

Cast Of Real Housewives Of Potomac: How Much Are They Worth? 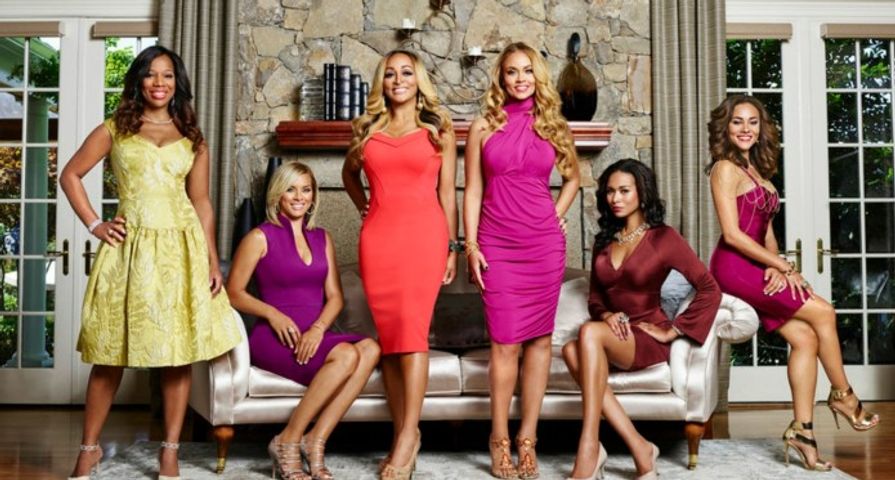 The Real Housewives of Potomac is one of Bravo’s newest shows in the Real Housewives series, focusing on the personal lives of a professional group of women living in Potomac, Maryland. The show only has one season under its belt which aired earlier this year, but it was well received by fans and proved to hold the potential to grow into a staple show within the franchise. The starring cast on the show is new to the reality television circuit so we’ve decided to find out a little bit more about them! Here’s a look at how much the stars of The Real Housewives of Potomac are worth!

Estimated Net Worth: $3 million. When Robyn Dixon isn’t doing her part as a reality television star on The Real Housewives of Potomac, she’s a publicist and event manager. She made her fortune when she met and married professional basketball player, Juan Dixon. These two were high school sweethearts, but the marriage only lasted long enough to have two kids before they parted ways. After graduating from the University of Maryland with a degree in business marketing, she now works at the public relations, marketing and special events boutique TAA PR in Washington, D.C. Whatever she’s selling it’s working because she’s worth an estimated $3 million!

Estimated Net Worth: $4 million. This Potomac housewife and socialite makes her earnings from appearing on The Real Housewives of Potomac. Bryant was raised in a wealthy family parents who worked in government and philanthropy. She graduated from Hampton University and is married to megachurch pastor, Jamal Bryant. Unfortunately, the two are now divorced, but share three children together, Grace, Angel and Adore. After their split, Gizelle moved from Baltimore to Potomac and now works closely with city council in Birmingham, Alabama to raise funds for charity. She’s also set to release a makeup line for women of color called Every Hue Beauty sometime in 2016. She’s being labeled as the leading star of RHOP and we can see why! This charity fundraiser and entrepreneur is worth an estimated $4 million.

Estimated Net Worth: $3 million. Katie Rost was quite successful before joining the cast of The Real Housewives of Potomac. Prior to becoming a reality star, she was pursuing a modeling career in New York City and at one point was an international model. She even got on the Vogue 100 list! Katie was raised in a wealthy family among an elite social scene in Maryland, going to private schools and being groomed for great success by her parents. Instead of following their wishes to become a doctor or lawyer she moved to the big apple to become a model. She married her high school sweetheart, but the two eventually broke up and she decided to uproot her life from NYC to move back to Potomac, and now runs the Ronald F. Rost charity with her mother while raising her son James Rocco and twin daughters Kathryn and Renee on her own. She is currently dating an investment executive. Her career in modeling and her new job with Bravo has earned her a pretty penny because shes’ worth an estimated $3 million!

Estimated Net Worth: $10 million. This housewife is the richest among all her costars on RHOP. Not only is she an American television reality star, but she’s a well-to-do socialite. She grew up in Virginia on a farm, went to college and married Raymond Huger, the president and CEO of an information technology company. That’s where she got the big bucks in her bank account! Karen has two kids and doesn’t work outside of the house — she’s a true ‘housewife!’ She has a reputation for “throwing over-the-top parties at her home.” Sounds like a quality skill, but Huger doesn’t need to worry about skills because she’s already worth a whopping $10 million.

Estimated Net Worth: $5 million. Charrisse Jordan is the President of the National Basketball Wives Association’s Behind the Bench. She’s been quite successful in raising millions of dollars for organizations like Knock Out Abuse Against Women, N Street Village, and Men Against Breast Cancer. She has accumulated a lot of her net worth from her marriage to professional basketball player and coach, Eddie Jordan. The couple has two teenagers together and live separately for work. Her charitable ways have paid off because she’s now worth an estimated $5 million!

Estimated Net Worth: $2 million. The Real Housewives of Potomac star Ashley Darby grew up in Maryland working hard to help support her family as the eldest child. She hit gold when she met Australian real-estate millionaire, Michael Darby. Ashley’s raised some eyebrows with her marriage because Darby is 29 years her senior and is a step-mother to his 21 and 24-year-old children. She doesn’t work for her millions, but rather attends charity events, galas and is working toward making a name for herself in the food industry by opening restaurants that cater to healthy eating. Whether she’s making a foodie career or attending social events, it doesn’t matter because she’s worth a cool $2 million!