Home » Entertainment » Celebrities » Cast Of Beverly Hills 90210: How Much Are They Worth Now? 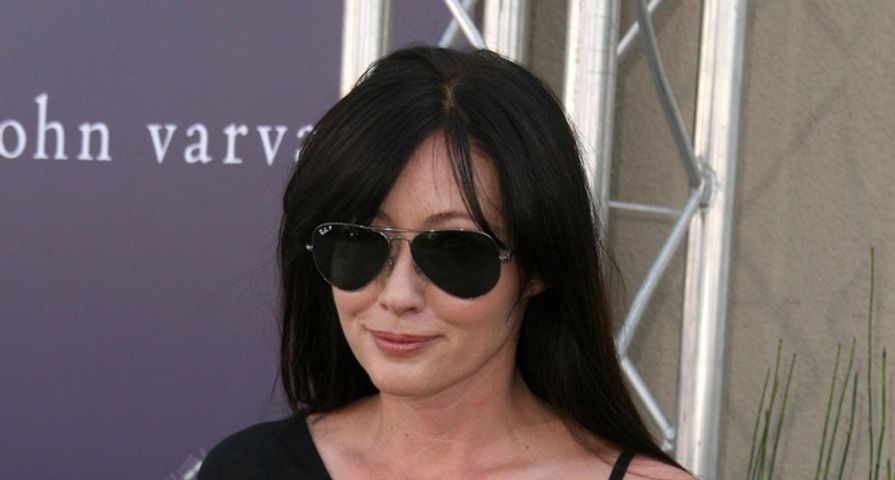 Being on one of the most popular television shows of your time might bring in big bucks at the time, but that doesn’t mean it secures fame and fortune forever. Lavish lifestyles, lack of acting jobs or both can mean less than hefty bank accounts for some former 90210-ers. None of the former stars of the original Beverly Hills, 90210 are hurting for funds, but you may be surprised at who has what and who has more than the others. We’ve already looked at how much the cast of Dawson’s Creek is worth, so let’s check out how much the stars of Beverly Hills, 90210 are worth now.

Estimated Net Worth: $4 million. Brian Austin Green may be making headlines these days more for his marriage (and now break-up) with fellow actor Megan Fox, but back in the day he was one of the younger members of the Beverly Hills gang. Today, Brian Austin Green is reportedly worth around $4 million, but that’s a mere half of what soon-to-be ex-wife Megan Fox is currently worth at a reported $8 million.

Estimated Net Worth: $1.2 million. Andrea Zuckerman may not have been the coolest member of the Beverly Hills friends and she didn’t come from a fabulously wealthy family like the rest of the teens, but in real life actress Gabrielle Carteris did quite well for herself. Despite the years that have passed and the fact that she failed to take on any more roles that were as significant, Gabrielle Carteris is still worth around $1.2 million.

Estimated Net Worth: $5 million. Jennie Garth played the perfectly stereotypical California rich teen blond when she stepped into the role of Kelly Taylor. While starring on 90210 as well as What I Like About You and her own reality show, Jennie Garth: A Little Bit Country on CMT (more ranches and farms, less Rodeo Drive and beaches), Jennie made her way to banking a reported $5 million.

Estimated Net Worth: $10 million. If you think that Jennie Garth is still doing did well for herself in financial terms, so did Perry. Luke, who played Beverly Hills 90210’s brooding bad-boy Dylan McKay, continued to act and appeared in many series and films including 8 Seconds, Fifth Element and Buffy the Vampire Slayer before he reemerged with the role of Fred Andrews on the hit teen drama Riverdale. At the time of his death in March, 2019 at the age of 52 his net worth was somewhere in the area of $10 million.

Estimated Net Worth: $8 million. Although he hit the big time when he appeared as Steve Sanders on Beverly Hills, 90210, Ian Ziering was apparently in dire need of a job and a paycheck with a third baby on the way when he nabbed the part of Fin on the epically horrible, wickedly beloved Sharknado. Whether that was the cause or other means of raking it in presented themselves, Ian Ziering is currently worth around $8 million.

Estimated Net Worth: $1.5 million. Donna Martin was the daughter of a super-rich family on Beverly Hills, 90210. Tori Spelling, who played Donna, is the daughter of a super-rich family in Hollywood. Her parents, Aaron and Candy Spelling, were notoriously rich and although Tori’s father has now passed, her mother is still at the helm of the massive family fortune. This might lead you to believe that Tori is the richest member on this list, but she hasn’t seen any bulk inheritance yet and has been busy making babies in recent years instead of acting, so is currently worth only $1.5 million. Still a heck of a lot more than the little normal people, but certainly not the big bucks she grew up around.

Estimated Net Worth: $10 million. Shannen Doherty, who played Beverly Hills, 90210’s twin Brenda Walsh, leaves Tori Spelling in the dust when it comes to personal fortune and has managed to keep herself more in the range of co-star Luke Perry. Shannen, who, in the years following her massive stardom is more in the news for her relationships and not-too-pleasant behavior, is still worth a reported $10 million thanks mostly in part to Beverly Hills and her semi-successful show Charmed.

Estimated Net Worth: $12 million. Drum roll, please! Jason Priestley, or Brandon Walsh as Beverly Hills, 90210 fans knew him, has kept himself busy over the years, not only acting, but also by jumping into the director’s chair where he found a heck of a lot of success. His career may not be as public now as it was when he was younger, but it’s still pretty lucrative and he’s reportedly currently worth $12 million.