Home » Entertainment » Celebrities » Cast Of A Walk To Remember: How Much Are They Worth Now?

Cast Of A Walk To Remember: How Much Are They Worth Now? 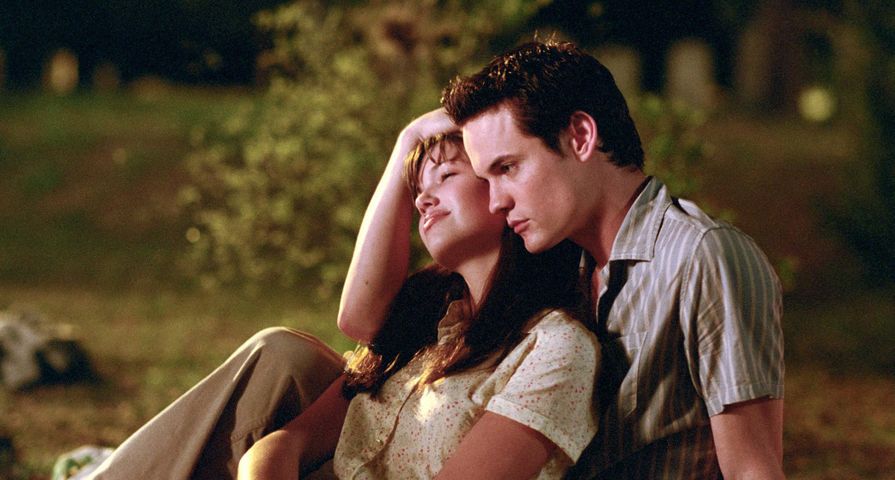 Nicholas Sparks has had major success with so many of his novels being adapted to the big screen and one of his first huge successes with this was 2002’s A Walk to Remember. Sparks wrote the book using the inspiration of his own sister Danielle Sparks Lewis who died of cancer in 2000 after she met a man who wanted to marry her even though she was sick. Director Adam Shankman used a mix of new and up and coming stars as well as established actors to balance the film and create a movie absolutely beloved by fans. Check out how much the cast of A Walk to Remember is worth now.

Estimated Net Worth: $500 Thousand. Matt Lutz began his acting career in two episodes of Dawson’s Creek and got his first film role in A Walk to Remember as Clay Gephardt. Lutz continued acting, appearing in 7th Heaven, Bostin Public and Bringing Down the House and also starred in a series of McBride TV movies from 2005-2006, but Lutz has not been in any other major productions, so he only has an estimated net worth of $500 thousand.

Estimated Net Worth: $4 Million. Paz de la Huerta began her career in modeling before getting into acting, both of which she has enjoyed a successful career in. She began with roles in films such as The Cider House Rules and shows like Law & Order and The Practice before landing the role of Tracie in A Walk to Remember. She continued with more minor roles and from 2010-2011 starred in Boardwalk Empire as Lucy Danziger. She continues to steadily act, with a very respectable net worth of $4 million.

Estimated Net Worth: $600 Thousand. Al Thompson played the hilarious best friend to Shane West’s character in A Walk to Remember and has gone to have an acting career amounting to 78 credits to his name. Although he has appeared in many films and shows, he has had few starring roles or parts in major projects, leaving him with a net worth of $600 thousand.

Estimated Net Worth: $500 Thousand. One of Clayne Crawford’s first acting roles was as Dean in A Walk to Remember, but his first ever part was a small role in the hit ’90s show Buffy the Vampire Slayer. He continued to expand his career with roles in Roswell High, Swimfan, A Love Song for Bobby Long and Jericho. Crawford also appeared in several episodes of 24, The Glades, Rogue, NCIS: New Orleans and Rectify. Even with all of his roles, he still has an estimated net worth of only $500 thousand.

Estimated Net Worth: $1 Million. Lauren German’s first big role was in A Walk to Remember as Belinda, but she has had a fairly successful career since. She has had roles in films such as The Texas Chainsaw Massacre, Hostel: Part II and The Divide. She has recently enjoyed several roles on many TV shows which have bolstered her resume, including parts on Happy Town, Hawaii Five-O, Chicago Fire and the new 2016 series Lucifer. All together German has raked in $1 million, and on her way to much more.

Estimated Net Worth: $20 Million. Daryl Hannah was one of the veteran actors involved in the film and has had a long career in Hollywood beginning with roles in films such as Blade Runner, Roxanne, Wall Street and The Clan of the Cave Bear. Her star grew with many more big roles over the years including her role as Cynthia Carter in A Walk to Remember and Elle Driver in the Kill Bill series. As she continues to act, Hannah also continues to add to her bank account which reportedly sits at a very impressive $20 million.

Estimated Net Worth: $15 Million. With 150 acting credits to his name Peter Coyote is well known in the entertainment industry and is best known for his roles on both television and films in things such as Erin Brockovich, Sphere, Bitter Moon, E.T. the Extra-Terrestial and as Reverend Sullivan in A Walk to Remember. Over his career, Coyote’s numerous roles and continuous work have earned him a very respectable estimated net worth of $15 million.

Estimated Net Worth: $3 Million. Shane West began acting young appearing in shows including Boy Meets World and Buffy the Vampire Slayer before moving on to film roles in Whatever It Takes opposite James Franco as well as Dracula 2001 and Get Over It before starring as Landon Carter in A Walk to Remember. Following the role his career took off to include parts in The League of Extraordinary Gentleman, The Lodger and Echelon Conspiracy and also landed a major part on ER from 2004-2009. Recently he has starred on the hit shows Nikita and Salem, and it is truly surprising he doesn’t have a higher net worth than $3 million.

Estimated Net Worth: $10 Million. Mandy Moore has done very well for herself as both a singer and an actress, yet one of her best roles is still widely considered her part as Jamie Sullivan in A Walk to Remember. Along with her hit music, she went on to have starring roles in many films such as How to Deal, Saved!, Chasing Liberty and Because I Said So and appeared in major television shows including Grey’s Anatomy. She currently has an estimated net worth of $10 million.