Home » Entertainment » Celebrities » Cast Of 8 Simple Rules: How Much Are They Worth Now?

Cast Of 8 Simple Rules: How Much Are They Worth Now? 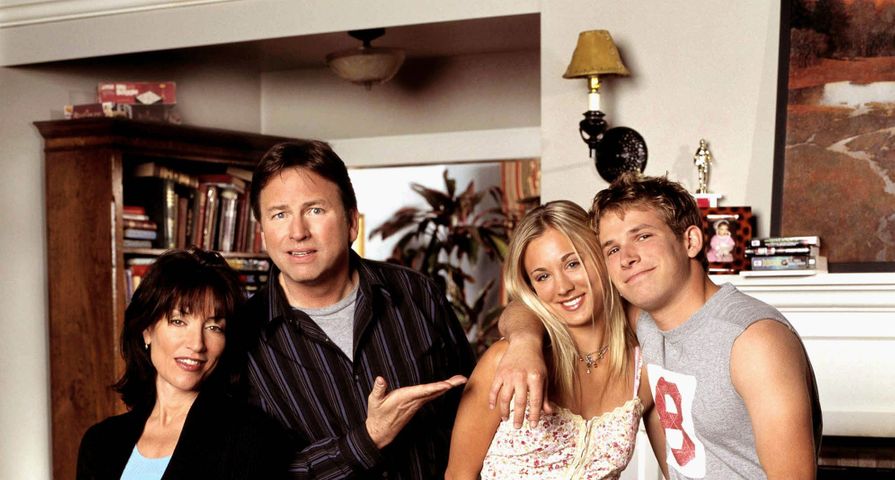 8 Simple Rules for Dating My Teenage Daughter was one of ABC’s best sitcoms that came to an end early following the unexpected and tragic death of star John Ritter in 2003. The show’s three season run did not do it justice, but the cast sure did! The chemistry between all of the stars as the Hennessy family resonated with viewers, and although they tried to go on without Ritter, the show just wasn’t the same. Eleven years later the cast also lost veteran star James Garner who starred as Cate’s father, Jim Egan, leaving us missing them and the show. Find out how the rest of the spectacular cast is doing now:

Estimated Net Worth: $500 Thousand. Billy Aaron Brown starred as Kyle, a love interest to both Bridget and Kerry Hennessy through 31 episodes of the series. Brown began his acting career in 2000 on the series Undressed and went on to appear in Boston Public and then the Mary-Kate and Ashley Olsen film Holiday in the Sun. His biggest roles, however, remains as Kyle from 8 Simple Rules and as Andy ‘Bucky’ Buck in the film Jeepers Creepers II. Although he has continued acting, nothing has resulted in any major roles, leaving him with a net worth of $500 thousand.

Estimated Net Worth: $40 Million. David Spade had big shoes to fill when he was brought in as a star of 8 Simple Rules following John Ritter’s death. Of course, Spade was no stranger to comedy having previously been in many series and films before landing the role of C.J. Barnes including in Coneheads, Tommy Boy, Joe Dirt and Just Shoot Me! He has of course become a veteran comedy star, often appearing alongside Adam Sandler, Kevin James and Chris Rock. Most recently Spade has been in Joe Dirt 2: Beautiful Loser, The Ridiculous 6 and The Do-Over, all adding up to 66 acting credits and a net worth of $40 million!

Estimated Net Worth: $500 Thousand. Martin Spanjers starred as Rory Hennessy in 8 Simple Rules, and it still remains his most well-known role. He appeared in shows such as Two of a Kind, Malcolm in the Middle and Daddio, yet never hit anything as big as 8 Simple Rules again. Spanjers went on to appear in True Blood, 90210 and Good Luck Charlie, but his lack of major roles has left him with an estimated net worth of $500 thousand.

Estimated Net Worth: $2 Million. Amy Davidson had only a few roles before she landed the starring role as Kerry Hennessy in 8 Simple Rules. She went on to appear in shows such as CSI: NY, Criminal Minds, Ghost Whisperer and movies such as Girl on the Edge and Battle Scars. Despite similar problems with few major roles since the show, Davidson is doing much better then her on-screen little brother with a net worth of $2 million.

Estimated Net Worth: $45 Million. Kaley Cuoco has had perhaps the most success out of most of her 8 Simple Rules castmates. She began her career in the TV movie Quicksand: No Escape and more roles in My So-Called Life, Ellen, Picture Perfect, Ladies Man, 7th Heaven, but her breakout role was as Bridget Hennessy on 8 Simple Rules. After the show ended, she saw more success landing a recurring role on the hit series Charmed and more roles in both TV and film. Without a doubt, however, almost all of her success and incredible net worth of $45 million can be credited to her starring role as Penny in The Big Bang Theory for which she rakes in a whopping $1 million per episode.

Estimated Net Worth: $30 Million. Sitcom fans were ecstatic to see Katey Sagal once again playing a TV mom for the first time in five years on 8 Simple Rules after stealing the show as Peggy Bundy in Married with Children from 1987-1997. After starring as Cate Hennessy she went on to appear in Boston Legal, Eli Stone, Lost and more while consistently providing the voice of Turanga Leela for the animated series Futurama. Now, she is best known as Gemma Teller from the hit FX series Sons of Anarchy and has been seen in Pitch Perfect 2 and Brooklyn Nine-Nine. Overall, all her hard work and big roles has paid off to the tune of $30 million.