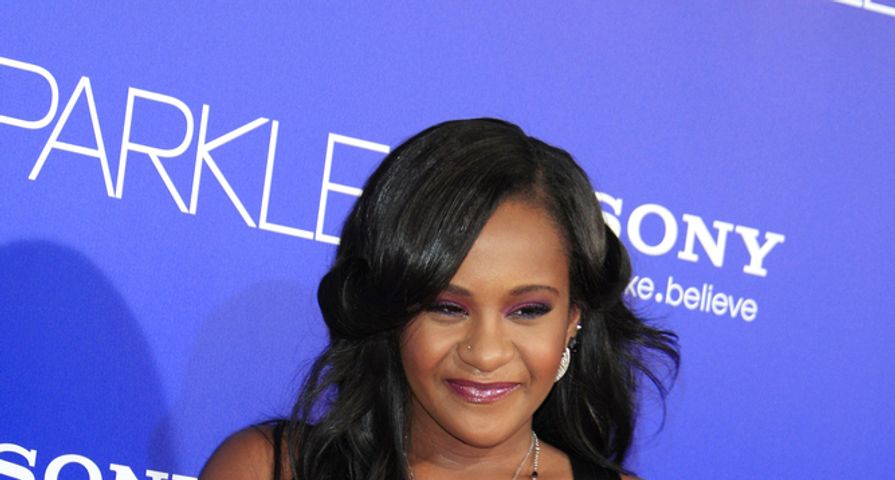 For those who have religiously followed the case of Bobbi Kristina Brown, it has been a marathon. Sadly, it seems it’s far from over. For a young woman who lied in a coma for months, then a waking, yet unresponsive state, it seemed rapid progress would have been a priority. Looking back to first headline released related to this tragedy, it was at the beginning of February, 2015. An investigation was launched by the Roswell Police Department of Roswell, Georgia. Following the death of Bobbi Kristina, things have taken a turn.

7. District Attorney’s Office Has Taken Over

Just a month before they announced death of Bobbi Kristina Brown, the Fulton Country District Attorney’s Office confirmed to several media outlets that it was taking over the criminal investigation of Bobbi Kristina Brown. The investigation was led by the Roswell Police Department from the report of the incident on January 31, 2015 until late June of 2015. During that time, no individual was charged with criminal activity, though Bobbi Kristina’s boyfriend, Nicholas (Nick) Gordon was suggested as a person of interest, due to the couple’s tumultuous relationship. The press clamored for information stemming from the investigation, but it was proving to be a mess, as there was never evidence allowing anyone to be charged with foul play.

Since the Fulton County D.A.’s office has taken over the investigation, more information has come to light. Whether it is alleged, and media spun or coming from legit sources, it seems the scene at Bobbi Kristina Brown’s and Nick Gordon’s residence — on January 31, 2015 — was not as it was initially described by Gordon. There are now reports of alleged witnesses, and other individuals who were at the residence, as guests of Gordon. Additional reports suggest that Nick had enjoyed a drug-fueled party night, before returning home in the early hours of January 31st. According to these reports, Nick and Bobbi Kristina fought that evening for some 15 minutes, before it ended abruptly. Still, no criminal charges have been levied, meaning investigators are likely receiving conflicting witness accounts.

Regardless of the criminal investigation led by state authorities of Georgia, a civil suit has been levied, making a wide variety of claims, all pointing to Nick Gordon as the party responsible for the wrongful death of Bobbi Kristina Brown. The suit claims that Gordon offered Bobbi Kristina a “toxic cocktail” that rendered her unconscious, then placed her face down in a tub of cold water, before emerging from the bedroom wearing different clothes, and reengaging guests who were initially said to have never been at the location. The suit, filed by Bobbi Kristina’s conservator, Bedelia Hargrove, also suggests that Gordon committed fraud, theft and misappropriation of funds against the victim, and the suit is based in some evidence that has allegedly not been offered to the public at this point.

4. The Burden of Proof Lies On The Accuser

Regarding the civil suit, or an impending trial, the burden of proof always lies on the accuser. Regarding the more serious, criminal charges that could develop from the district attorney’s investigation, everything is mere speculation at this point. The office will not charge anyone with a crime without the evidence they feel is necessary to win a trial. Because no one has been arrested, the legal layman can glean a few things: evidence is unsubstantiated. This means witnesses might easily be discredited by a defense due to a number of variables. However, when considering a civil trial, there could be more evidence regarding charges that Nick Gordon was guilty of stealing money from Bobbi Kristina, and he could lose on those counts, while having others — like assault — dismissed.

This is where the case gets very interesting. These are alleged, third party accounts, so they could be nothing more than falsified information to stir the pot, but they are being used to file suit against Nick Gordon. There were allegedly other people at Bobbi Kristina’s home the night she was found unresponsive. According to one or more of these witnesses, when Nick emerged from the bedroom after having a fight with Bobbi Kristina, he cuddled up to a guest, and stated that he “wanted a pretty little white girl like you.” Additionally, it was reported that someone else discovered the body of Bobbi Kristina in the tub — that her face was bruised, and she had a tooth that was hanging from her mouth. These “witness” accounts also suggest it was other parties who attempted to revive her by CPR, before Nick.

2. Injuries Suggest She Was Beaten

As mentioned, Bobbi Kristina sustained injuries on the early morning of January 31, 2015. She was bruised on her torso, and face and it has been alleged that she was beaten in the manner of a physical altercation, as opposed to falling into a bathtub. The “witness” accounts — using the term loosely, because no one has been named as the investigation is ongoing — have suggested that the fight between Nick and Bobbi Kristina was approximately 15 minutes of Nick shouting at her, calling her names an accusing her of cheating, while he was drunk and high on cocaine. The other side of the story — belonging to Nick, his family and his team of attorneys, have stated that he argued with Bobbi Kristina that night/morning, that she was the aggressor and Nick left the residence.

Regarding the civil suit filed against Nick Gordon, his legal team is referring to the charges as baseless, and have gone as far as to call the accusations slanderous. Slanderous, of course, presuming the statements have been false. If evidence exists regarding financial records, it’s not going to look good for Nick. All of this will come down to the testimony of the alleged witnesses who were also at the townhouse condominium owned by Bobbi Kristina. If these individuals can prove that they were actually there, then their testimony will likely hold some weight in a civil trial. A criminal trial might be trickier, based on the character of the witnesses, and the likelihood they’ll admit to being under the influence of drugs and alcohol on the night that Bobbi Kristina was introduced to her demise.