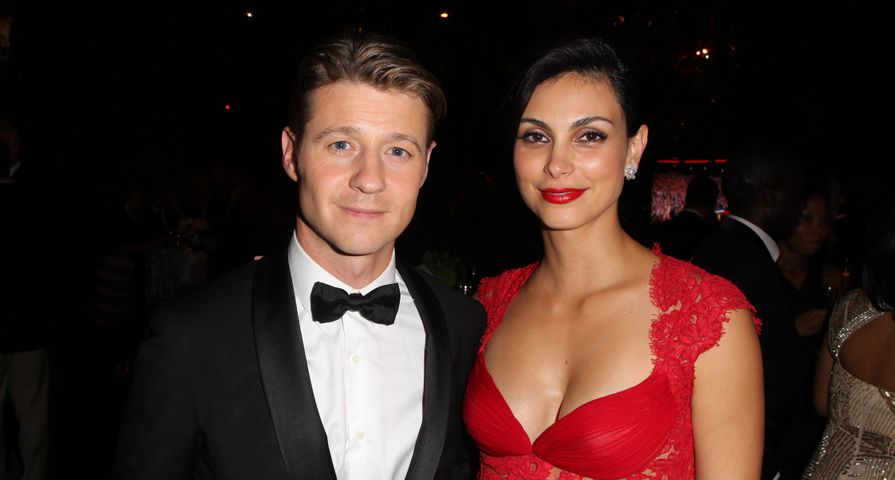 Most of us just learned this week that Ben McKenzie and Morena Baccarin are dating. While some of us are still a bit shocked, more shocking details have come to light, including their pregnancy. We’re not sure what to make of this fledgling relationship. All we know is that there are a number of scandalous details that seem to suggest that this new relationship is not without its complications. Here are 6 shocking details about Ben and Morena’s romance:

This past July, Morena’s husband, Austin Chick, of just three and a half years filed for divorce. In the documents, he cited irreconcilable differences, and asked for joint custody of their son, Julius, spousal support and for Morena to foot his legal bills. Sounds like Austin’s a bit upset and wants to make her pay.

Ben and Morena met on the set of Gotham. He plays James Gordon and she plays his love interest, Leslie Thompkins. It looks like these two hooked up at some point this year and got pregnant, but how any of this happened is still unclear.

Earlier this week it was reported that Ben and Morena were dating. They attended multiple Emmy events together and were spotted holding hands at the Fox party at Vibiana after the awards show. Then, a couple of days later, it was reported that she was pregnant with his child. Considering that she is currently in the midst of a costly divorce, when did she find time to lock down a new relationship and get pregnant?

3. Was Morena Cheating on Her Ex?

The timeline around Morena and the breakdown of her marriage, her hookup with Ben and her pregnancy have some of us scratching our heads. Did she cheat on her ex Austin? Is that why he served her with divorce papers and is now after her money? We’re assuming she’s just getting out of her first trimester, which means that she would have gotten pregnant in July, which is when Austin filed for divorce. The timeline makes us think that she was unfaithful.

TMZ obtained court documents from Morena’s divorce case, which stated that she wants full custody of her and Austin’s son because she will soon be able to travel by air. She is based in New York, but her husband is in L.A., which makes the whole custody issue a tad bit complicated.

1. Ben’s Family Is Super Excited About the Baby

Ben hasn’t exactly confirmed that he’s going to be a father, but his sister did. She went on Twitter and posted, “Couldn’t be happier for @ben_mckenzie and @missmorenab. Welcome to the family, Morena! Also…I’M GONNA BE AN AUNT,” after the news broke. As if that wasn’t shocking enough, Ben actually retweeted his sister’s message! Guess that’s the confirmation we’ve been looking for!