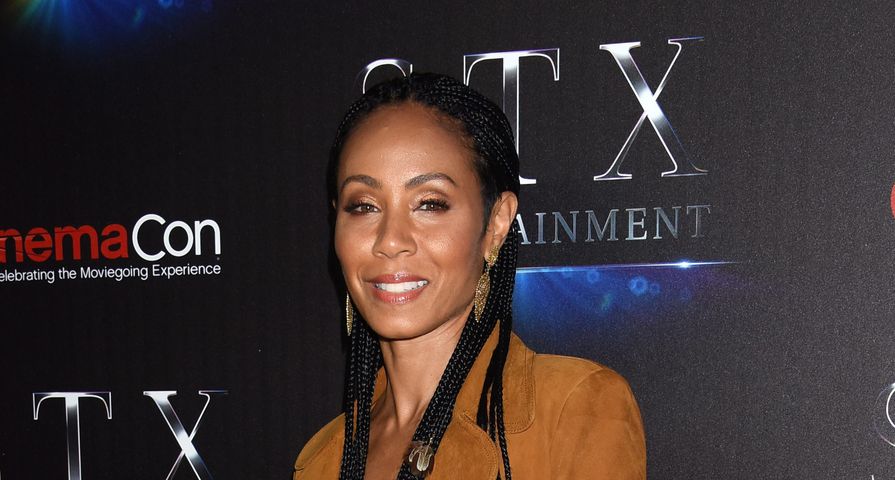 Jada Pinkett Smith really can do it all! She is an actress, a singer-songwriter, businesswoman, not too mention an amazing wife and mother to a whole family engaged in the entertainment industry. Despite her lengthy and prominent career, not too mention her highly publicized marriage, Jada is known for being extremely private, which makes her even more intriguing to fans. As a celebrity, fans know a lot about her, but there is a lot more to the stunning star than many know. Here are 9 things you never knew about Jada Pinkett Smith.

She may be an actress, and the wife of Will Smith, but Jada Pinkett Smith is also a heavy metal rocker. Under the name Jada Koren, the pint-sized powerhouse started up her own metal band called Wicked Wisdom in 2002. She performed the lead vocals, Pocket Horne was guitar and vocals, Cameron “Wirm” Graves was on guitar, keyboard and vocals, and Rio provided bass and vocals. They debuted their first album in 2006, and two years before had a slot in one of the highest-profile tours of 2004: Britney Spears’ Onyx Hotel Tour. Then in 2005, Sharon Osbourne heard the band play in L.A. and later that year the band was added to 2005’s Ozzfest.

Jada Koren Pinkett was born in Baltimore, Maryland on September 18, 1971 to Adrienne Banfield-Jones and Robsol Pinkett Jr. Her mother became pregnant with Jada when she was still in high school, and although the two married, they got divorced only after a few months of marriage. As a result of the split Jada was primarily raised by her mother and her grandmother, and it was her grandmother, Marion, who noticed Jada’s interest in performing and enrolled her in piano, tap dance and ballet lessons. In 1988, Jada Pinkett Smith was named Miss Maryland.

In high school, Jada attended the Baltimore School for the Arts, where she met Tupac Shakur and the too became very good friends. Much speculation has been given to the nature of their relationship, but she insists that the pair were only ever friends. “When you have two young people that have very strong feelings, but there was no physical chemistry between us all, and it wasn’t even just for me! It was him too. […] if Pac and I had any kind of sexual chemistry, we might have killed each other because we were both so passionate. And you know, we loved deeply. It was hard enough with us just being friends. It was a volatile relationship.” Unfortunately, after he got out of jail, the two lifelong friends got into a serious disagreement that broke their friendship and it couldn’t be repaired before his tragic death. “It definitely taught me a lesson. Which is life is too short. Do not let disagreements stand in between you and people that you love.”

In 1990, as she was just getting her acting career going, Jada met the man who would be in her life forever – Will Smith. She was only 19 years old when she auditioned to be one of his dates on The Fresh Prince of Bel- Air. Ironically, she didn’t get the part because she was too short, and the two remained friends, and in 1994, he asked her to audition again, but she said no because she told him he was “too tall.” Regardless, the pair started dating in 1995.

After continuing her education at the North Carolina School of the Arts, Jada moved to Los Angeles where she found success almost right away. She landed her very first role in a 1990 episode of True Colors, and appeared in other popular series such as Doogie Howser, M.D. and 21 Jump Street before landing the role of Lena James on A Different World. She immediately gained attention from critics who in the early ’90s dubbed her “the one to watch.”

Away from both her music and acting careers, Jada Pinkett Smith is also a businesswoman and a philanthropist. She opened her own music company called 100% Womon Productions and in 1994 also started her own fashion label, Maja, in 1994. She also published her first children’s book, Girls Hold Up This World, in 2004 which she wrote for her daughter Willow and her friends at the time. She and Will are part shareholders of the Philadelphia 76ers, and together have created the Will and Jada Smith Family Foundation, which helps inner city youth and provides family support. They have also donated to many charities, and have helped build wells in villages across Africa through the Charity Water organization.

Also outside of the spotlight, Jada and husband have had to face incessant rumors that they are part of the Church of Scientology. Jada and Tom Cruise had been friends for some time, and she even credits him with giving her the confidence to believe that she was pretty because she never heard that growing up. “It was Tom Cruise who taught me how to get rid of those doubts. He said, ‘Every time I compliment you, you always reject it. You need to stop doing that. Just say, ‘Thank you.'” As many know, Cruise is the most famous member of Scientology, and the Smith’s connection to the religion was furthered when they donated $20,000 to the Church’s program for homeschooling. Then in 2008, they donated again to a private elementary school that employed teachers dedicated to Scientology. Despite the rumors, they continue to deny that they are Scientologists themselves.

Jada Pinkett Smith has spent a long time in the spotlight, and she doesn’t plan on going anywhere anytime soon, but she already has plans for what changes she is going to make to her body once she stops hitting the red carpet so often. “When I turn 60 and leave the red carpet, I am going to get the tattoo arm sleeve I have always wanted,” she stated.

Back in 2010, the stunning star revealed that it had been more than 13 years since she last had alcohol. Over the years, she has reflected briefly on her addictions, but rarely goes into detail of what she went through. ‘I’ve been through a lot of pain, and that is not how I want to live my life. I went through a time where there were lots of drugs and alcohol, and really, I was on the brink of death,” she said of her teens and early 20s. “And then Will scooped me up, brushed me off, and said, ‘There’s a diamond in there somewhere under here.'” When it comes to her problems with alcohol, she has said, “I found myself drinking two bottles of wine on the couch and I said, ‘Jada, I think we’ve got a problem here.’ I had problems with alcohol and I really had to get in contact with the pain, whatever that is, and then I had to get some other tools in how to deal with the pain. From that day on I went cold turkey.”