Home » Entertainment » Celebrities » Things You Might Not Know About Derek Hough 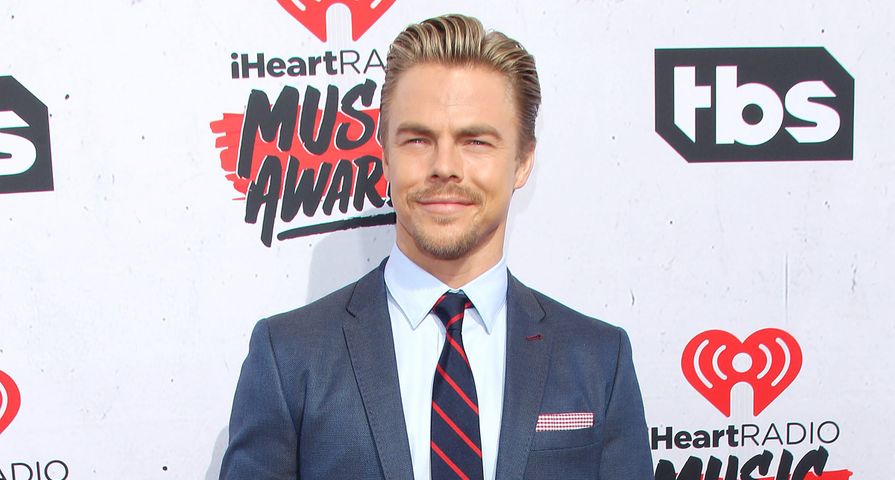 Derek Hough rose to fame when he joined the popular dance-competition series Dancing with the Stars in 2007 as a professional dancer. He’s been quite successful, winning a record six seasons, two Emmys for his choreography on the show. Hough specializes in Latin and ballroom dancing and he’s musically talented, has dabbled a bit in acting with appearances on series like Nashville and the dance film Make Your Move, plus he’s authored a book Taking the Lead, which landed on the New York Times’ Bestseller List. We’re seriously convinced Derek Hough does it all! Derek has been in the public eye for quite some time now, but there’s still a lot we don’t know about this DWTS dancing coach! Here’s 8 things you probably didn’t know about Derek Hough:

9. Starred on an HGTV Show

Mark Ballas and Derek Hough star together on a four episode series called Mark & Derek’s Excellent Flip. The show airs on HGTV and shows the two taking their skills off the dance floor and into the work of home renovation. The two buy an outdated ’60s ranch-style California home and have to flip it in just four weeks. Derek and Mark bought the house for 1.275 million and sold it for 1.895 million, making a $620,000 profit.

8. Dancing Runs in the Family

Fans of Dancing With the Stars know that former pro dancer and judge, as well as Footloose and Burlesque star Julianne Hough is Derek’s sister, but many might not know that he also has three other siblings who love to dance! In an interview, Derek said, “When I watch old home videos, we were always dancing for the camera, holding performances in the family room. Being the only boy with four sisters, I had to make it on my own amongst all the women.” But it’s not just the kids who have a flair for fancy footwork. His parents were on a ballroom dance team in college (that’s where they met) and his grandparents were also professional dancers.

When Derek was only 12-years-old he was sent to London to take master classes at Center Stage where he would live and study with dance coaches Corky and Shirley Ballas. His sister Julianne joined him in London several months later. Both siblings only planned on staying for a year, but they showed such immense talent that Shirely invited them to stay and live with her so she could prefect their dancing skills. Her only child, Mark Ballas, also stars on Dancing with the Stars, and is now extremely good friends with Derek after growing up together. The three dancers all went to the Italia Conti Academy of Theatre Arts and received training in all forms of performance like gymnastics, theater, song and dance (jazz, ballet, and tap). Shirley said, “He and Julianne were like little stars. One time, he didn’t come to class. I inquired about where he was and found out they were going through family difficulties. I asked someone to get in touch with him and, out of the blue, he asked if he could come live with me in London!”

Derek was born in 1985 in Sandy, a suburb of Salt Lake City, Utah. Hough is the fourth of five children and was raised in a very sheltered Latter-day Saint Mormon family. His parents are Marianne and Bruce Hough, while his four female siblings are Sharee, Marabeth, Katherine and, of course, Julianne. Derek’s parents got divorced when he was still quite young and it affected him greatly. “During the whole trauma of it, I went to six different schools…I was a troubled kid who would bunk off school a lot. So it was fate or serendipity, I guess you could call it, that they brought me to England. I was only supposed to come over for a couple months.” He ended up staying for 10 years! Julianne and Derek have both opened up about their childhood and how they were forced to grow up too fast as they were sent to live away from home, follow strict schedules, perform on stage and learn to dance among professionals. “I remember one of my first days there I got off at the wrong train station. I was just standing there thinking, ‘Where am I?’ When I look back, I think it’s so sad I have no pictures of me with a cute, bare, 10-year-old face,” Julianne said. But Derek reaffirms that his parents were just trying to capitalize off a great opportunity and it lead them both to success.

5. Dancing With the Stars Fame

Before joining the popular dance competition show, Derek Hough was working in London. He had the lead role in the West End production of Footloose as Rex and starred in the Broadway production Burn the Floor alongside DWTS pro dancer Kym Johnson and So You Think You Can Dance star Mary Murphy. Derek has commented that if he hadn’t joined DWTS his career would be in a totally different place. His sister Julianne first joined the show and then producers wanted Derek, but he was busy working on his band with Mark Ballas so, when they offered Mark Ballas a job, the two of them jumped on it.

Derek’s a man of many talents! Not only is he gifted with the talent of dance and choreography, he’s also musically gifted! Growing up he learned to play drums, piano and has taken on many musical Broadway roles throughout his professional career. However, the best of his singing talents can be found alongside best friend Mark Ballas. In 2005, these two dancers started up a pop-rock group called Ballas Hough Band and released a self-titled album in 2009. It was actually quite successful, landing on Billboard’s Top 100. Hough and Ballas both played guitar and were the lead vocals of the band. Other members included Sam Marder, Harry Sullivan and Emily Grace. They have three singles together, “Do It For You,” “Do You Love Me,” and “Move.” Hough and Ballas performed the song “Move” on DWTS and it was supposed to be the lead-off for their second studio album, but the song failed to reach the charts so they parted ways with Hollywood records in 2010 and the album was never released. Today the two dancers perform separately, but they are still supportive of each other’s careers.

Derek has been dancing for a long time, competitively and professionally. He started training at Utah’s Center Stage Performing Arts Studio and, despite specializing in Latin and ballroom dancing, and being crowned a five-time ballroom winner, he actually prefers hip hop over ballroom dancing. One of his first teachers growing up was Rick Robinson, a hip hop guru who took Derek under his wing. Derek said, “He was the one who introduced me to dance and made me think it was cool. His energy, the way he teachers and his charisma have spilled into me.” Derek has also opened up that he almost never even got into dancing because as a child he was more interested in other sports like football, basketball, karate and acrobatics. He didn’t necessarily want to follow in his family’s footsteps, but they made it a priority, so he was trained in jazz, tap and Latin dance. “My mom was, like, ‘Why don’t you go try and get involved?’ I hated it. I couldn’t believe I was being forced into doing this.”

2. He Still Gets Stage Fright

Derek is a perfectionist which can be good for a competitior, but it also has its downfalls because Derek Hough used to get extremely nervous before each performance. His stage fright was so severe it would make him physically ill! Part of the problem might be due to his rigorious training schedules as a child so he holds himself and his partners to a high standard, leaving little room for error. When asked about his days competing on the ballroom scene, he said, “I mentally self-destructed on competitions days. I was terrible–I would fall apart, I would throw up. I’ve always danced better in rehearsals than I’ve ever danced in any competition.” Being a pro-dancer on DWTS has helped him face his fears, become more comfortable performing under pressure, and learn to have more patience.

1. He was Brutally Bullied as a Child

In addition to having an obscure childhood living away from home at such a young age, Derek said he was brutally bullied growing up. “I was punched in the face, pretty aggressively in the stomach. I was tied up in the trees and left in fields. When I was bullied, it was very physical, it was very aggressive, and it was something that, as I got older, I definitely forgave,” said Hough.