10 Best Dancing With The Star Pros Who Deserve More Wins 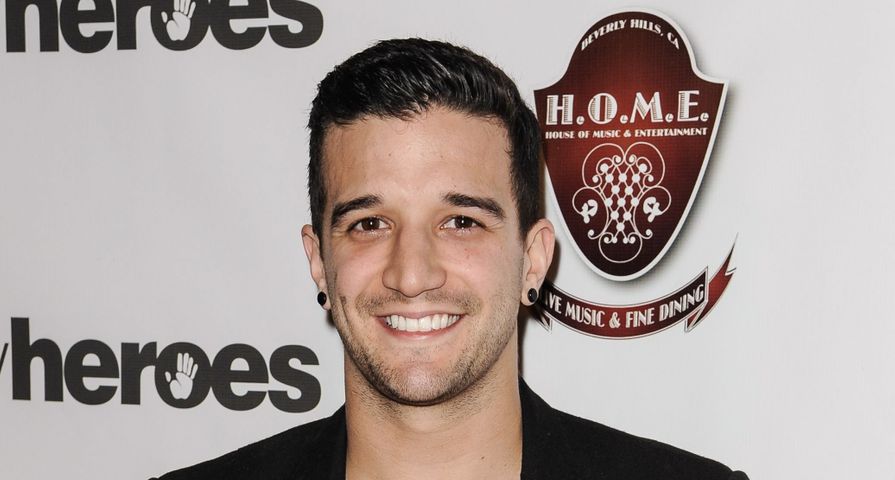 Including the current season of Dancing With the Stars, there have been an incredible 22 seasons of the series since it first aired in 2005. As well as a new cast of stars every season, there has been quite a revolving door of pros trying to lead their celebrity partners to a Mirror Ball Trophy win. With 22 seasons and over 40 pros there have only been 12 different pro winners, with of course Derek Hough being the only true front runner with six wins. Many of the dancers have participated in a large number of the seasons, yet fall short of a big win, and given their talent and determination, as well as their incredible patience and creativity, in teaching those with mostly no dance background. These 10 stars are very deserving of more, or at least one, win!

Louis Van Amstel has participated in ten seasons of Dancing With the Stars since making his first appearance in season one, and his last in season 21, yet he has never won the competition. Louis’ personality is infectious and aside from being a great dancer, he is a great sport who has expertly put up with some of the most difficult partners including Kendra Wilkinson and Paula Deen. In terms of his attitude and talent alone, he definitely deserves at least one win.

Anna Trebunskaya has now competed in eleven seasons of Dancing With the Stars, yet despite all of her own talents and efforts, she rarely ranks high. Her highest ranking was second place in season 10 with Evan Lysacek, and aside from that and one fifth place finish, she was consistently a victim of early elimination. To give it her all for eleven seasons is enough to confidently state she at least deserves one win, but with partners such as Chuck Liddell and Gary Busey, it was never easy for Trebunskaya.

After a successful start on So You Think You Can Dance, Lacey Schwimmer joined Dancing With the Stars in season seven, and the transition was smooth and seamless. Her bubbly personality and creative choreography instantly made her a fan favorite on DWTS, and although she came close a few times over her six seasons, she never took home the Mirror Ball, although her talent and efforts are well deserving. In her very first season, she was paired with former boy bander Lance Bass and they came just shy of winning, landing in third place and in season 11 she almost did it again, but once again came in second with Kyle Massey.

Peta Murgatroyd is gorgeous, talented and engaged to Maksim Chmerkovisky, and could very well be on her way to a Mirror Ball Trophy win in season 22 with Nyle DiMarco. Surprisingly, Peta has only won the compeition once in her incredible nine seasons as a pro, and she is definitely due for another. In only her second season, she and NFL star Donald Driver were season 14’s champions and, although she has turned out consistently impressive seasons, it hasn’t been enough for another win, and at the very least she deserves another win for the sheer talent of carrying Tommy Chong all the way to fifth place in season 19.

Sharna Burgess first appeared on Dancing With the Stars Australia before becoming a troupe member of the American Dancing With the Stars in season 13. In season 16, fans saw Burgess rightfully promoted to full-time pro and has worked intensely every single season, to bring the best for herself and her star partner. After some early eliminations, Burgess has now landed in 3rd place and then 2nd place in seasons 21 and 22 respectively, and she is certainly due for her very first win. She constantly receives rave reviews from the judges and it is about time she is awarded with a win for all of her hard work.

It might be surprising to many fans that fan favorite pro Valentin Cmerkovskiy has only won one Mirror Ball Trophy throughout his time on the series. After appearing on and off on the show in support of his brother, Maksim, Val finally joined as a pro in season 13 and has been one of the most impressive dancers. He has had one second place finish, two third places and one win, and there has always been talk that he and Janel Parrish or at least he and Zendaya most definitely should have won their season. One win does not do his talent any justice.

Karina Smirnoff is widely regarded as one of the show’s best dancers of all those who have appeared as pro, and while that is very true, she still only has one win under her belt. Smirnoff has participated in an incredible 18 seasons, finally winning in season 13 with J.R. Martinez. Ask most DWTS fans and they will tell you she should have won straight away with her first ever partner, Mario Lopez, in season three. She has been behind some of the best dances and never fails to impress and, with a few other very close losses, she is well deserving of more than just one win.

Maksim Chmerkovskiy spent 14 seasons as a pro on Dancing With the Stars before taking his exit after season 18, which would also be, unbelievably, his one and only win. Maks was one of the most watchable dancers on the floor at all times, and his passion always shone through, bringing his partner up levels even if their dance wasn’t perfect. He consistently ranked near the top with two second place finishes, two third place and two fourth. His sheer hardwork and never quit attitude was inspiring and often made him one of the most interesting to watch behind-the-scenes, and he should have many more than just one win.

Although pros had come and gone before, Cheryl Burke’s exit from Dancing With the Stars remains one of the most memorable for the series and audiences because she was one of the best and well-liked pros to appear on the show. Burke participated in 18 seasons and, although she won both seasons two and three, she went on for 16 more without a win despite consistently high rankings and beyond impressive dances. She achieved 18 perfect scores and 88 10s not to mention was in the finals six times and the semi-final stage nine. With so many feats accomplished on DWTS, she is well deserving of more than two wins, especially after putting in an additional 16 seasons and being amazing and consistent each and every time.

Mark Ballas has competed in 18 consecutive seasons of the show and every single time comes out of the gate as a fan favorite. He has all the passion, determination and talent of any other pro, yet he also is arguably the most likeable and creates a genuine and amazing chemistry with every one of his partners. Mark has won twice, once in season six with Kristi Yamaguchi and again in season 8 with Shawn Johnson, but it has now been 14 seasons for Ballas without a win and he is due. He has placed second twice and third three times since his last win, and many believe he and Sadie Robertson should have taken home the trophy, and he has a very good chance in season 22 with talented UFC fighter Paige VanZant. Ballas consistently gives one hundred percent with attitude, choreography and even costumes, and his efforts are well deserving of another Mirror Ball win.