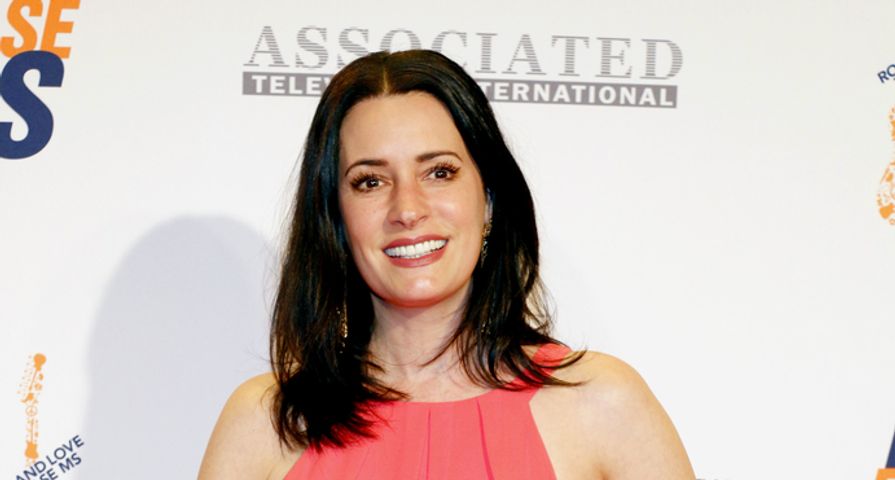 Paget Brewster is best recognized for her role as Special Agent Emily Prentiss on Criminal Minds, but she had been kicking around in Hollywood for almost a decade before she landed that part. Before her breakthrough gig, she had a reputation as a show killer because she had starred in a number of shows that failed to take off, but that’s totally changed, which means she finally has her pick when it comes to shows. Even though Brewster has a career that spans 20 years, not a whole lot is known about her, so get to know the actress better with these 9 fun facts:

9. Hair Disaster on the Friends’ Set

Her first job in Hollywood was on Friends as Kathy. Her character first dated Joey and then Chandler (after she cheated on Joey with him). According to her, soon after landing the job, she was convinced that she was going to lose it. “I had a black bob, and when I got Friends, I started rehearsing that week, and the hair people cut all my hair off and dyed it red – it took six hours of lightening to dye it red – and then when Kevin Bright, Martha Kauffman, and David Crane came down to watch the first day, Kevin Bright starts screaming. “I hired her because she had a black bob! You can’t do this!” And as he’s screaming at the hair guy, I just went upstairs, I put my magazines in my bag, and I just sat and waited, like, ‘I lost my best job I’ve ever gotten,’” she told A.V. Club. “And then Kevin Bright came in the room and he went, ‘I didn’t hire you because of your hair! I just can’t have them making changes without them telling me!’”

Paget Valerie Brewster was born on March 10, 1969, in Concord, Massachusetts. Her mother, Hathaway, worked as a government official, and her father, Galen, worked as a school administrator. She was one younger brother named Ivan. She moved to New York City after high school to attend Parsons School of Design, but ended up dropping out to pursue an acting career.

While she was in college, she fronted the band Sleeping Pills and Mechanical Bride. She had dreams of becoming a rock star, but decided to become an actress instead. After dropping out of college, she moved to San Francisco and started taking acting classes at the Jean Shelton Acting Studio and working as a bartender at Andy Boy’s Drunk Tank in San Francisco.

The Another Period actress is married to Steve Damstra. In March 2013, she announced their engagement via Twitter and then in November 2014 they were married. She met Damstra through her Criminal Minds co-star, Matthew Gray Gubler. The two of them are friends and business partners. Before settling down with Damstra, Brewster dated actor Jay Johnson.

The Criminal Minds star managed to secure a gig as a late night talk show in San Francisco back in 1994 called The Paget Show. “I had been doing a public access cable show called Strange America. I was bartending at a bar called The Slow Club in Portero Hill, and a guy hung out in my bar – because he lived around the corner – and he was a manager. So I said, ‘Manage me!’ And I just kept bugging him to manage me, as I was going to acting school at the Actors’ Lab in San Francisco, and I think I plied him with a lot of martinis and free French fries, but he said, Okay, I’ll send you on three auditions.’ But I didn’t understand that he represented on-air talent like anchor people, correspondents, and journalists. So I went on three auditions to host stuff… and I got a pilot to host a show! [Laughs.] I had no intention of hosting a show. I just made a video of me at the supermarket juggling, I think, and interviewing people in the street, because I had nothing to lose. I was 24 years old, maybe 25, and I was, like, ‘Well, why not?’ And I got a show!” she told A.V. Club.

Paget joined the cast of Criminal Minds during season 2 as Special Agent Emily Prentiss, but was fired during the show’s sixth season, along with A.J. Cook, as part of a cost cutting measure. Due to fan complaints, they were both rehired the following season. In February 2012, however, she announced that she was leaving the show. According to her, she never really got over being unceremoniously fired. “I never got over it when A.J. and I were fired. That was really tough emotionally for everyone on that show. When I was asked to leave, I left… Then they made me come back. I did and I decided to enjoy it. It was one year. I care about everyone at ‘Criminal Minds’ but I knew in my heart, I had left,” she said. As of 2016, she joined the show again as a regular series member for its twelfth season.

The Huff actress is good friends with Two and a Half Men star Jon Cryer. They met on the set of the TV series The Trouble with Normal. When he was going through his divorce from Sarah Trigger, Paget became his platonic date for about a year. She accompanied him to the Emmys and the Golden Globe Awards. She has nothing but good things to say about her friend. “He is the most kind, happy, thoughtful guy. He has no skeletons in the closet, he’s not hiding anything, he doesn’t have an ego about anything. He’s a really genuine guy, a real prince of a man. He’s great,” she said.

Before the television actress landed her role as Special Agent Emily Prentiss on Criminal Minds, she had already educated herself on serial killers and their methods because she had a stalker. “I had a stalker problem in San Francisco about 11 years ago. I read everything about stalking, sexual sadism, and serial killers. It can make me a little paranoid, but it’s fascinating,” she told Entertainment Weekly.