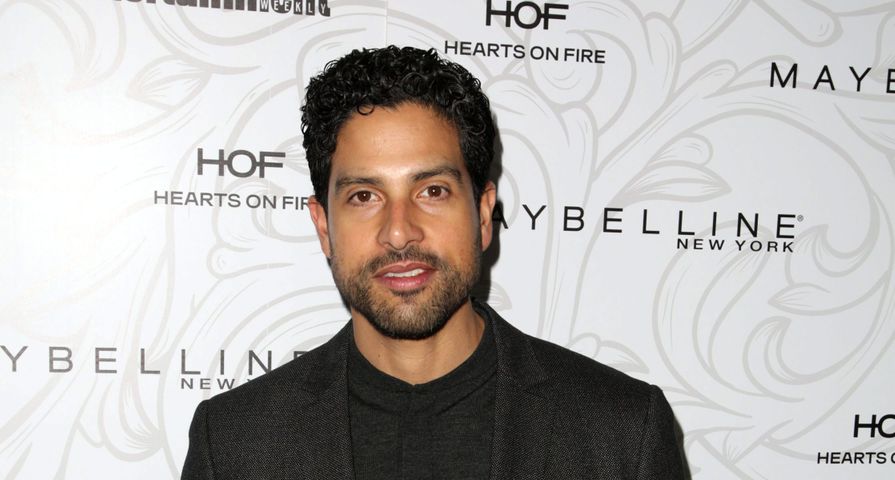 Adam Rodriguez is one of those stars who seems to be everywhere but despite the fame lives a pretty low-key life out of the spotlight. From CSI: Miami to Magic Mike to Criminal Minds, Rodriguez has had some major roles and gained millions of fans along the way, all while remaining down-to-earth and one of the most charming and relatable stars out there. While he didn’t intend to go into acting at first, it is undeniable that the profession has definitely treated him well! Here are 8 things you didn’t know about Adam Rodriguez:

Adam Rodriguez is one of those stars who didn’t intend to have a career in the entertainment industry. From a young age he took an interest in baseball and had dreams of going pro before a vertebrae injury ended those dreams. He was a very good student but said he had “no interest” in going to college and actually looked into joining the military as an Air-Force pilot but was denied because of his bad eyesight. Over the years he had several odd jobs before becoming a popular actor including as a bellman, construction worker, pizza deliveryman, janitor, DJ and even became a stock broker for a period of time.

Adam Michael Rodriguez was born on April 2, 1975 in Yonkers, New York, to Janet and Ramon Rodriguez. His mother worked as an airline ticket agent and his dad was an executive with the United States Hispanic Chamber of Commerce. Adam and his sister Vanessa were raised in New York where the actor attended Clarkstown High School North in New City, New York where he graduated from in 1993. “I had a great life growing up. People who loved me, food, clothes. I loved my growing years. Got to see many different sides of life and know so many different people from them. Made me want to be a storyteller and believe in oneness,” he said of his childhood.

After many odd jobs, Rodriguez decided to attend SUNY Rockland Community College which included taking part in a play and he officially caught the “acting bug.” After signing up for more acting classes, things took a turn for the aspiring actor when his father realized one of his old friends was a producer for the hit series NYPD Blue. This lucky connection led to Rodriguez’s first ever on-screen role in a 1997 episode of NYPD Blue. Despite only having one line in the episode, it led to his casting in the short-lived series Brooklyn South and launched his career as he went on to roles in Law & Order, Felicity, All Souls and Roswell High.

Aside from being a busy actor and producer, Rodriguez has developed one of his other passions with his hit podcast The Rodcast hosted by himself and military veteran Brett Rodriguez. Together the two guys “talk about what matters and make fun of what doesn’t in Life, Love, Sex, Sports, Current Events, War and occasionally the random video of wild animals attacking people in Hollywood and the real world.”

After getting his break in acting, Rodriguez’s handsome face and physique caught the eye of music video producers and he quickly added to his resume with appearances in several big music videos. Rodriguez appeared in Jennifer Lopez’s “If You Had My Love,” as well as Busta Rhymes’ “Respect My Conglomerate,” Lionel Richie’s “I Call It Love,” and 50 Cent’s “Many Men.”

After 10 years as one of the fan-favorite and lead actors on the hit series CSI: Miami, Rodriguez made a big move to one of TV’s other top crime dramas, Criminal Minds. The role was a surprise for many, but as always, Rodriguez has become a beloved member of the cast, and he says the transition has been great. “Having done a show that aired for a decade, you know the camaraderie, the relationships that get formed, so being a new guy is a bit of a challenge, like: How am I going to fit into this group that’s already so close knit? I’ve got to tell you, I’ve been here six months now, but probably from day two or three, I felt like I’d been there from the beginning. It’s such a great group of people from the top down,” he said of joining the cast as Luke Alvez.

Adam Rodriguez has appeared in many hit films and series and from his role as Eric Delko to Tito in the Magic Mike films, he has found himself quite the following of fans falling in love with the handsome star, and while he keeps his personal life mostly out of the spotlight, Rodriguez is happily married. In 2014 the actor and his model girlfriend Grace Gail welcomed their first daughter Frankie, then on May 2, 2016 the pair officially wed in a gorgeous hilltop ceremony in Tuscany, Italy. In early 2017 the pair welcomed their second child, another baby girl!

Although Adam Rodriguez first had dreams of becoming a professional baseball player, it seems acting has suited him just fine. After his biggest break in Roswell High and the music videos, things only took off from there for the actor. Now, he is best known for his starring role as Eric Delko for the duration of CSI: Miami, as well as his role in the Magic Mike films, and Criminal Minds, he as also recently appeared in other major series such as Empire, The Night Shift, and Jane the Virgin adding up to a very impressive estimated net worth of $16 million.