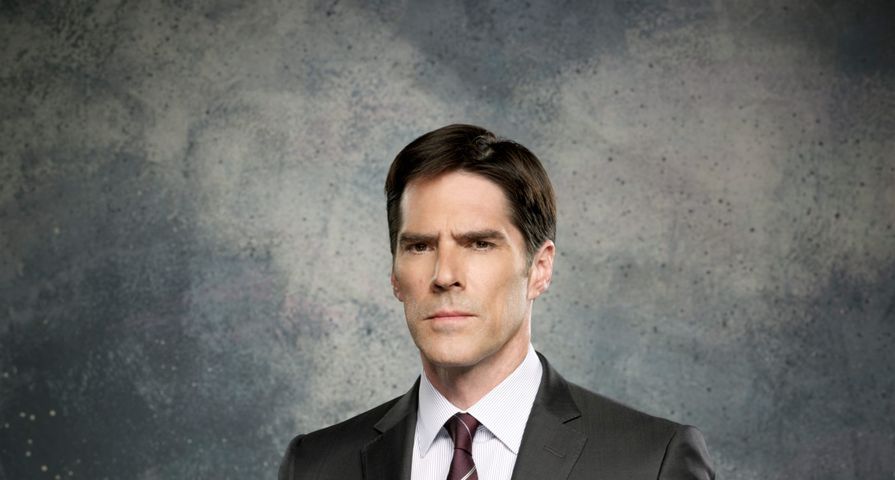 Thomas Gibson is best known for his on-screen personality Agent Aaron Hotchner, the longtime BAU Unit Chief on Criminal Minds, but in 2016, he started making headlines for his dramatic firing from the show. After doing some digging, it turns out that his life off-screen is almost as interesting as his life on-screen! Check out 10 things you didn’t know about Thomas Gibson:

Despite a hectic schedule as a full-time actor on a hit TV series for the past 11 years, 54-year-old Gibson has always been adamant about working out. “I work out religiously” he once stated. “It’s great for my back. It’s great for my core. I’ve been exposed to lots of exercise regimens and movement classes as an actor, so I understand the importance of stretching and staying limber, but Pilates is what’s really spoken to me. It works everything out.”

After so many years as the quiet and level-headed leader of the BAU, fans might be stunned to learn that off-screen Thomas Gibson has had some serious anger issues. Although he has been described as a “kindhearted family man,” there have been several incidents that show a much angrier side. In December 2010, Gibson was involved in an on-set incident where he shoved assistant director Ian Woolf after the two men got in a heated argument about “safety concerns.” As a result of the incident, CBS executives ordered the actor to attend anger management counseling.

Thomas Ellis Gibson was born on July 3, 1962 in Charleston, South Carolina as the youngest child of four to Charles M. “Mac” and Beth Gibson. He mother worked as a social work and his father was a lawyer. At a young age he became interested in acting and his parents enrolled him in Little Theater School, and he went on to attend Bishop England High School. He went on to attend the College of Charleston, and after a year and a half there, he won a scholarship to the prestigious Juilliard School in their Drama Division. He graduated with a Bachelor of Fine Arts Degree in 1985.

Two years after he was ordered to attend anger management classes, Gibson found himself in some more hot water. In January 2013, Gibson was arrested in downtown L.A. for drunk driving. He was arrested after he reportedly drove through a barricade that had been set up to keep cars off of a course for an overnight half-marathon. After the arrest, TMZ released a video in which Gibson had to be taken down and subdued by five police officers after he refused to take a breathalyzer and became angry. In a report from the Los Angeles Times, Gibson pleaded no contest to one count of alcohol-related reckless driving. As a result he was sentenced to three years of probation, had to pay a fine and was ordered to attend an alcohol education program.

Although he is now known by most because of his iconic role on Criminal Minds, Gibson had a long career beforehand. After getting into acting at nine years old, he began acting in theater productions and went into classical theater training as a teenager. He made his first TV appearance with a small spot on the CBS legal drama Leg Work. He went onto appear in daytime dramas such as As the World Turns and Another World, and then hit the big screen with the Tom Cruise and Nicole Kidman film Far and Away. He went on to big time television stardom thanks to lead roles the medical drama Chicago Hope and then the starring role of Greg Montgomery in the sitcom Dharma & Greg for which he received two Golden Globe nominations.

In 2014, it was revealed that everyone was not the “big happy family” that fans had thought they were on the set of Criminal Minds. Gibson’s ex-manager Craig Dorfman filed a breach of contract lawsuit against Gibson and in the lawsuit he exposed some behind the scenes feuds from Criminal Minds that no one knew about. In the lawsuit, Dorfman stated Shemar Moore (Derek Morgan) and Mandy Patinkin (Jason Gideon) had “verbally attacked” Gibson at least once and Dorfman had to “talk Gibson out of physically attacking Moore.” The lawsuit indicated that Gibson had a problem with Moore because Moore “was often late to set and kept everyone waiting. This annoyed a lot of people but Thomas was definitely most vocal.” According to sources this was because Gibson needed everything done on time because he requested Fridays and Mondays off so he could fly across the country to see his children who lived with his estranged wife. One staffer called Gibson’s demands “selfish.”

In a string of odd headlines about the actor, one of the strangest was an incident in 2013 where it seemed that Gibson had been “catfished” by a woman he met online. Catfishing is of course when someone poses as someone else online and pretends they are that person, and it most commonly happens in the world of online dating. According to reports, a woman from North Dakota reached out to Gibson via Twitter in 2011 and included a sexy picture which prompted Gibson to have an online relationship with the woman. According to reports, the relationship carried on for two years including many exchanges of photos and videos which apparently the woman was lifting from pornography sites. After Gibson discovered the woman’s photos were fake, his lawyer contacted her, ending the relationship. Unfortunately with the story came the release of some odd videos he had allegedly recorded and sent to the woman:

It seems after many incidents of outburst, conflict and aggression, the last straw for CBS executives with Thomas Gibson was an incident where he kicked one of Criminal Minds‘ writers, Virgil Williams, in the leg during an argument. Gibson was both starring in and directing an episode when the incident occurred and after a couple of weeks of suspension the abrupt decision was made to fire Gibson completely from the hit series. It was only after the firing all of the other incidents with Gibson came to light via the media, but it seems Gibson isn’t going to take it lying down and he is gearing up for a legal battle over his dismissal.

Thomas Gibson’s personal life has remained very private over the years, and because of this, mixed with the reports about the alleged catfish woman, it is hard to figure exactly what his personal life was like. Thomas Gibson married his wife Christine in 1993, and together they share three children: James Parker, Travis Carter and Agatha Marie. Gibson and his family predominantly lived in Texas, but in the summer of 2014 Gibson secretly filed for divorce from Christine, keeping it away from the media. In response Christine filed a “general denial” not agreeing to the divorce, causing Gibson to re-file his stance in December 2015. Regardless, with the drama around Gibson requesting days off set back in 2013-2014, Christine was already referred to as his ex-wife, and then of course the drama with his online relationship occurred from 2011-2013, which is one to three years before he even filed for divorce!

Although he took up acting from an early age, Gibson also began working on another skill as a child too, golfing. He is a regular participant at yearly golfing events and is good friends with golfer Corey Pavin. In an interview, Gibson revealed how his skill at golfing actually led to another hobby. “The summer I was 13, my grandfather and my father taught me how to play golf. I took lessons that summer, and I played every day that summer. I probably would’ve kept playing, except I realized that girls don’t watch golf; they watch tennis. So I let my golf game go dormant and started playing tennis.”