10 Shocking Dancing With The Stars Feuds 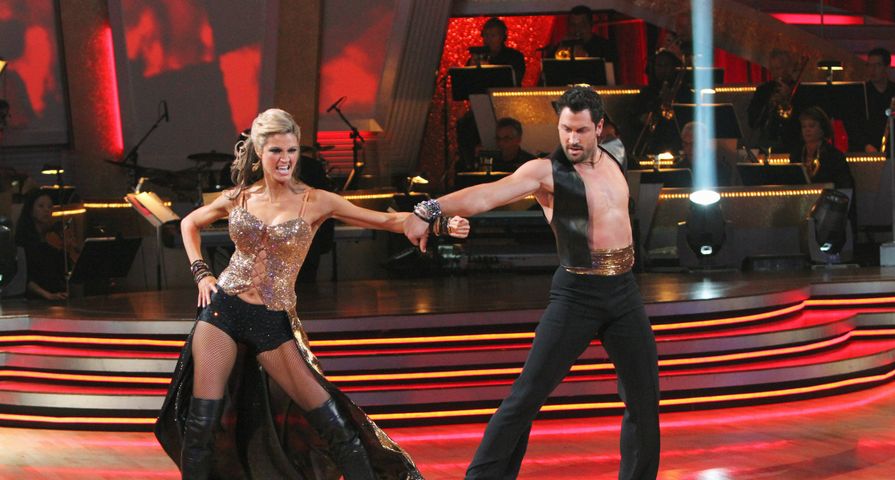 Learning a new skill is always frustrating, but what happens when you make it a competition, involving celebrities with egos, then pair them with professional dancers and record it for national television? Well, a little drama is certain to take place. Dancing with the Stars is in its 23rd season, meaning this list has a lot of juicy dirt to dish. This is a countdown of the top feuds that have spiraled from Dancing with the Stars and all its ego-clashing glory.

Kate Gosselin almost drove Tony Dovolani to quit during DWTS season 10 while rehearsing a jive to Elton John’s “I’m Still Standing.” While growing increasingly frustrated, Kate and Tony experienced some communication issues (to put it lightly). Kate confessed to the camera that Tony had said she was undermining his teaching methods, but she didn’t believe she was and he just didn’t understand the method by which she was most comfortable learning. Things escalated from there, as they always do, Tony pointing to his accomplishments as proof of his teaching abilities and Kate trying to explain herself. The blowout ended with Kate attempting to leave the volatile situation and Tony declaring “I quit.” A short time later Tony returned and apologized, but the pair could not seem to develop the chemistry needed for success and were eliminated in the fifth week of the show.

With the pressure of competition, things can boil over quickly. During the fifth week of season 11, Jennifer and Derek had it out over a move that Jennifer just could not complete. “You know what, I’m not going to get it when you get angry with me. It doesn’t help.” Derek said that he was just frustrated and that he had to let it out rather than ball it up inside. Jennifer retorted telling him to control his temper and she decided to take a walk to cool off. “Seriously? We’re wasting more time,” Derek sneered as he turned to the camera and said that Jennifer took things way too personally. Eventually, these two kissed and made up and took home the season 11 Mirror Ball, but fans will never forget that uncharacteristic display of impatience by the great Derek Hough.

After coming to the end of her pro career, fan favorite dance Julianne Hough has taken several turns in the judges seat. Over that time she has been known to hand out some particularly harsh criticism and that most recently happened in season 23. In one of the early weeks of the compeition, star Amber Rose and her partner Maks Chmerkovskiy did a sexy Salsa during which Hough said she felt “uncomfortable.” Afterwards Rose took to her podcast to explain that she felt body-shamed by Hough, stating, “It was a point in the dance where I had to lift my leg up and Maks dipped me and [Julianne] said, ‘Oh, I’m uncomfortable,’ and I instantly, I felt, I did feel body-shamed.” Adding, “You know, all the beautiful professional dancers that are on Dancing With the Stars, I mean they dress very sexy and they do splits and they grind up on these guys and they look absolutely stunning and they get a standing ovation. And for me, and my body, my hips, my a-s, my breasts, made her uncomfortable.” Hough denied that she was criticizing Rose’s body, and the two made amends the following episode, but that didn’t stop Rose from being eliminated the following week.

The feud between Jaleel White and Kym Johnson wasn’t shown on the air, but was reported to fans by US Weekly and maybe a he-said, she-said situation. US Weekly reported that a “heated” battle broke lose after Jaleel accidentally stepped on Kym’s foot, allegedly causing her to scream in pain. Jaleel then supposedly called Kym an “idiot” and said that she was acting like a baby. Kym was said to have left the studio while another competitor, Donald Driver told Jaleel (without success) to calm down. Mark Ballas then intervened, but the alleged fight stopped only after producers got involved. After the show, the pair both stated that the feud was a tabloid daydream and that they had had a rough few days including renewed allegations against Jaleel for past domestic abuse against his ex-girlfriend. The footage of the fight has never been shown.

This one was a doozy! While practicing their Movie Night Jive, Maks decided to take some real initiative to improve Erin by making her listen to his every instruction. He declared, “This entire week is going to be according to Maks.” Maks became really frustrated when Erin asked a question about a move he already showed her. He responded by jumping up and down, yelling, “I did! I did!” And finally, when Erin got upset about her shoes…and the ego-fueled episodes of Maks, she threw one of her heels at him. In order to make light of the situation, host Tom Bergeron commented, “You two, by the way, are so cute when you fight!” These feuds endeared the couple to audiences and earned them the playful nicknames Lucy and Ricky.

These two were great friends on the show, but times have changed and it seems that Alley cut ties over Maksim’s connection with Jennifer Lopez. Maks and Jennifer reportedly dated briefly at one point, and her BFF is Leah Remini, an ex-Scientologist, who has spoken out against the church since her departure. Alley, a currently-practicing Scientologist, has called Remini a “bigot” and has, according to Chmerkovskiy, sent him messages declaring that he is hanging out with the wrong type of people and she can no longer speak to him. Maks was baffled by this and said, “I’m not judging people by their religion. I’m Jewish. I don’t really believe in science fiction, but whatever.” Maks tried to end things peacefully via Twitter, but Alley wasn’t having any of it, responding with, “’Dear Sir… after you have a** raped me there is really no need to include ‘I wish you the best’… it’s rhetorical.” Yikes!

This ultra-competitive couple had it out while rehearsing for the Halloween Night Team Paso Doble routine. In a need for perfection, Maks became increasingly rough with Hope, pushing her shoulders back forcefully and whipping her around like a rag doll. Hope pleaded for Maks to stop and Maks feigned confusion: “Which part to stop, I’m not sure what to stop?” Hope tried to make things lighter and joked, “Stop being you.” Maks walked out and another dancer had to step in to teach Hope the rest of the dance. By the following week, the couple decided to stop taking things so seriously and try to have fun. Maks apologized and acknowledged how rough he had been. “Last week was ridiculous. I will take full responsibility for being overly rough. It’s one-hundred percent on me.” Things only got worse after the show after Hope accused Maks of hitting her in rehearsals, and Maks saying in an interview that he would “most definitely kill” Hope while playing a game of “F–k, Marry, Kill,” involving his former celebrity partners.

Maksim Chmerkovskiy let his ego run rampant in his attack on fellow co-star Mark Ballas and his supposedly ‘imperfect body.’ Maks paraded his chiseled abs, boasting to xfinityTV that “team meatheads” would always win an abdominal competition. “Mark tried with my trainer. That didn’t work. So — sorry, Mark!” When asked about the comments Mark confidently responded, “Maks can talk all the smack he wants. Just keep talking smack and I’ll do what I do.” It was easy for Mark to respond having won multiple Mirror Balls, while Maks had none under his belt.

Julianne Hough doesn’t hold back when it comes to judging her former co-stars. In season 18, when Hough returned to the show as a guest judge, she was sure to let former-flame, Maksim Chmerkovskiy know that she didn’t feel he helped his newly assigned partner for the week, Danica McKellar, as best as he could. “I felt like it was a little bit like, this week could get past so that you could be back with [original partner] Meryl [Davis], and you just had to phone it in. Julianne received a barrage of boos from the audience and even Sharna Burgess commented, “I love Julianne but I’m not sure where that came from. All Maks did was be there for Danica to make sure she was getting through their routine. His performance level came down so he could make sure that she was OK. He took care of his partner. That’s what we do. It was really an unfair thing to say.” McKeller also defended her partner saying that she was really unsure why Hough would make the comments she did. Maks didn’t make a fuss over it and accepted the criticism like a gentleman. This wasn’t the first time Julianne had criticised a former co-star. In season 17 when Julianne appeared as a guest judge she called out veteran dancer Mark Ballas for taking attention away from his partner. Ballas stated that these remarks were “hypocritical” and that he was “furious” over them. While Ballas and Hough appear to have remained friends, Julianne has definitely made a reputation for herself on the show as a harsh judge!

These two professional dancers supposedly hate each other! After one of Maks and Hope Solo’s routines bombed on season 13, Maks lashed out at veteran judge, Len Goodman, telling him that he should retire and called DWTS “my show.” Hough commented on his fellow competitor’s statement, saying “I had to laugh about that [comment]. I was looking at the plaque upstairs and…well, never mind.” The plaque he was referring to lists past champs and Maks’ name was nowhere to be found. Of course, the feud may be fueled by the fact that Maks used to date Hough’s sister Julianne. When the two split, Julianne began dating Ryan Seacrest, and US Weekly’s inside source, claims that Maks began spreading rumors that Julianne was cheating on Seacrest with him. The same insider reported that “Derek is dating Lauren Conrad for publicity.” Of course, none of these couples remain standing, but the nice guy images of these dancers have been permanently tarnished.