Home » Entertainment » Celebrities » 9 Rappers With The Most Boring Real Names

9 Rappers With The Most Boring Real Names 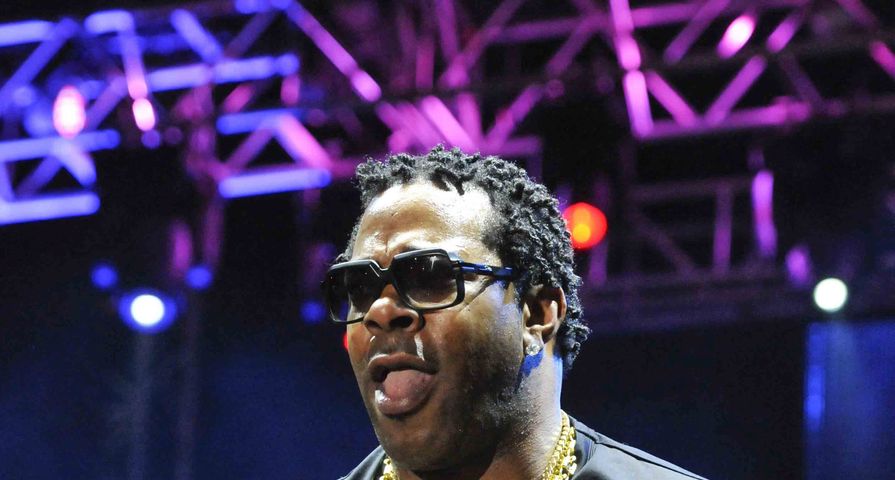 One of the best things about being a rapper is that you get to reinvent yourself with a brand new name that you get to pick yourself. It could be anything! But with the internet, it’s not hard for fans to find out what your real given name is — and finding rappers’ true names is one of the most hilarious, rewarding ways you can spend an afternoon at work on Google. You’d be surprised at how boring or nerdy rappers’ real names can be. Names that essentially destroy their “street cred” built up around their intricate rapper name. Here are 9 of our favorites:

By now, it’s no secret that Jay-Z’s real name is Shawn Carter (middle name Corey – that part might be a little more surprising). Jay-Z’s original name is nice, but also a pretty standard, common one. We like “Jay Z” because it can also be shortened to “Jay,” which is also a regular male name. It’s not the kind of thing that will sound old and silly after a while. It’s not trendy, it’s timeless. Good work, Jay. Clearly he was thinking ahead when he picked out that one. “When I was younger, [I was] laid-back, wouldn’t speak out of turn, just a real cool dude,” he once told MTV. “So the older guys, the OGs from around the way, were like, ‘That’s a jazzy little dude.'” So Jay-Z took the J and Z from the word “jazzy” to create his stage name.

So are all rappers’ real names Shawn or Sean? It’s certainly a common first name — so maybe that’s why Sean Combs opted to be called Puff Daddy instead when he recorded his first album, No Way Out, in 1997. But Puff Daddy hasn’t been able to find a rapper name that he’s wanted to stick with throughout his life. In 2001, Puff Daddy changed his name to P. Diddy and released a gospel album, Thank You. Then in 2005, he changed his name again, taking away the “P” and simply calling himself “Diddy.” Dude is capricious! At this point, fans didn’t know what to call him and it all just led to massive confusion. To make matters worse, a DJ in the UK was already calling himself Diddy and took legal action; as a result, Sean (maybe we should just call him Sean?) wasn’t allowed to call himself Diddy in the UK. Around 2005, Sean started acting, and was credited as Sean Combs in various movies and TV shows. (Have you seen Get Him To the Greek? He’s hilarious.) But just when you think Sean’s gonna zig, he zags. In 2014, he released a new album and called himself Puff Daddy again. What’s going on, Sean? We think you might need to sort this identity crisis out with a therapist.

Okay, so Iggy Azalea’s real name isn’t boring, but it’s a shocker: she was born as Amethyst Amelia Kelly. That’s right, Amethyst Kelly. It sounds kind of like a stripper name or a porn star name (or maybe even something you’d pick when you wanted to be a pop star), but it’s her actual given name. What might be crazier is that Iggy decided to take her dog’s name as her stage name. “I had a dog called Iggy, who I loved very, very much,” she explained on the VEVO original series “A.K.A.” (The dog was named after Iggy Pop.) “One time he got bitten by a snake,” she continued. “And he couldn’t move his legs, and I realized he had killed the snake.” After he recovered, Iggy got a name plate necklace made in his honor. “Everybody started to think that my name was Iggy so it kind of became my nickname and I took it on board and started rapping with it,” she explained. At first she just went by “Iggy,” but then her grandfather suggested she pick a last name, too.  She chose Azalea because it is the street that her mom and family live on. Also, “it sounds very feminine and I thought it would balance out Iggy being so masculine,” she said.

If you think that “Percy Miller” doesn’t really sound like the name of a cool rapper, well, Master P agrees with you. Born Percy Robert Miller in New Orleans, Louisiana, he decided to change his name to Master P (for rapping) and P. Miller (for business) when he started his own hip hop label, No Limit Records, which released both his own albums and works from C-Murder, Silkk the Shocker, Mia X and Snoop Dogg. Using a stage name doesn’t mean he doesn’t like his original name, though. He named his first son Percy Romeo Miller, keeping the name alive. Fun fact: Percy Romeo goes by “Romeo” in his own career.

We actually think that Snoop Dogg’s original name was kind of dope: Born Calvin Cordozar Broadus, Jr., Snoop Dogg was discovered by Dr. Dre in 1992 and released his debut album, Doggystyle, a year later. His mother is actually the person who came up with his stage name: “My momma gave me the name. I used to love Peanuts and Charlie Brown — Snoopy was my favorite cartoon character growing up. I watched so much, I started to look like him,” he explained in an interview with Esquire. Pretty adorable, don’t you think? Later in his career, Snoop decided he wanted to branch out within the animal kingdom and be called “Snoop Lion” instead, but with such a long and illustrious career behind him, it’s going to be hard to shake the name Snoop Dogg.

I’m not sure what I would have guessed 2 Chainz’s real name was, but I definitely wouldn’t have thought Tahueed Epps. 2 Chainz is actually the rapper’s second stage name; he first went by Tity Boi, which he explained in a kind of bizarre TV interview with Nancy Grace: “The name came from an internal thing with my mom, being an only child, me being a spoiled brat, me being breast-fed, so the whole family called me Tity Boi,” he explained. “But then when it was time for me to really go out and hand-pick a name for myself, I figured like, 2 Chainz, one chain being who I am, and the other chain being who I grow up to be.” Who knew that this revelation would have come out of a TV segment called #Pot2Blame?

We’re not surprised that the rap name “Ludacris” came from the name Christopher; Ludacris’ full given name is Christopher Brian Bridges — a pretty standard, boring name. Like many rappers, Ludacris has gone through a few names: Ludacris told VH1 that when he got an internship on the morning show at Atlanta radio station Hot 97, one of the radio hosts told him that “Ludacris” wasn’t appropriate for the time slot of people going to work in the morning. Since he was going to be interning for Felicia Love, they decided to call him Chris Lova Lova for the time being (though he clearly didn’t let go of “Ludacris” outside of his morning show internship).

That’s right: Busta Rhymes’ real first name is Trevor! When your last name is as common as “Smith,” we understand why you need something with a little more flavor, like Busta Rhymes. At first, Busta aka Trevor used the rap name Chilly-O-Ski; he once said that everybody at the time had a “ski” in their name. But some other rappers at the time thought it was cheesy, and soon Chuck D of Public Enemy gave him the new name Busta Rhymes after the former Minnesota Viking, George “Buster” Rhymes. Pretty creative, huh? It’s definitely an improvement over Chilly-O-Ski.

Clifford Joseph Harris, Jr. sounds a bit like he could be the nerdy captain of the chess club in high school, so we understand why T.I. left the name behind when he became a rapper. According to IMDB, he actually started with the rap name T.I.P., which was a variation on “Tip,” the nickname his grandfather gave him as a child (one that his gramps also shared). He later shortened it to T.I. because his producers and advisors at the time thought it sounded too similar to Q-Tip, the name of another rapper on his record label.