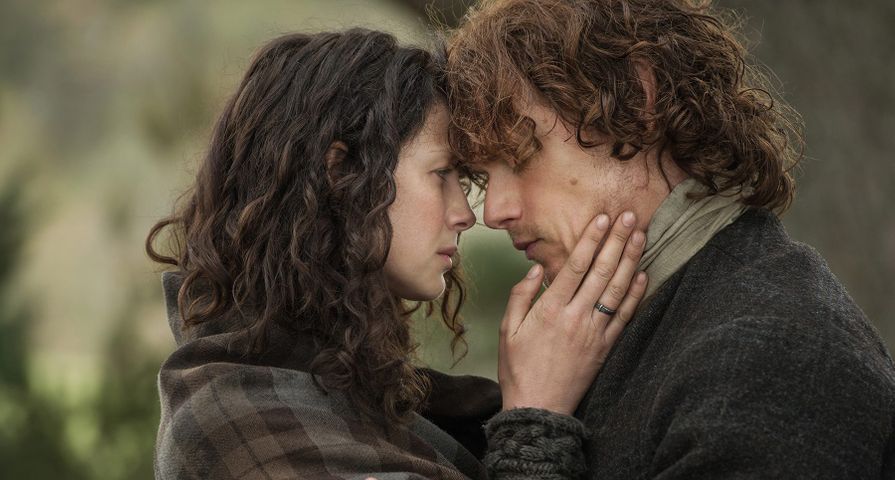 Of course cheating is wrong — but why is it so irresistible on TV? Many of our favorite dramas have included steamy affairs that we just can’t get enough of. The forbidden romance…the stolen glance…the hot tryst in between competitive brain surgeries. Here are our picks for the nine most scandalous TV affairs:

You can’t get more forbidden than an affair with the President! It’s no wonder that Scandal, a show created by Shonda Rhimes about a woman’s affair with the sitting President of the United States, became such an instant hit. It’s obvious that Fitz and Olivia are meant to be together, since they’re both insane in their own special ways. “I love Fitz and Liv,” Shonda said in a 2012 interview, “but I’m writing them. When we’re writing Fitz and Liv, we’re trying to write them from Fitz and Liv’s point of view. And so from their point of view, it’s true love. And maybe it is, maybe it isn’t. Maybe it’s right, maybe it’s wrong. But to them, it’s right.”

Of all the people Carrie dated on Sex and the City, we remember Big the most (though let’s pretend those movies never happened, shall we?). But we also can’t forget that Carrie got back together with Big WHILE SHE WAS STILL DATING AIDAN. That’s right — Carrie jeopardized things with handsome, charming, furniture-making Aidan so she could be with cold, selfish Big. We know he eventually built her a closet, but come on. Maybe he’s the guy she deserves?  Still, the passion was always present for Carrie and Big — and when he was unavailable or when she was dating Aidan, the steaminess factor skyrocketed. Fans were upset at Carrie’s scandalous decision to hook up with Big in an elevator and not to mention they also had an affair while Big was married Natasha — clinching the couple’s position on this list.

7. Alicia Florrick and Will Gardner (The Good Wife)

Chris Noth was part of another TV affair after Sex and the City — but we were much more interested in his wife’s relations on The Good Wife. When Alicia Florrick discovers that her husband, the state’s attorney, has been cheating on her with prostitutes, she reaches out to her old college pal, Will Gardner, to get her a job at his successful law firm. But their chemistry is undeniable, and throughout the show, we’re simply waiting for them to finally give into their desires. For a show about law, The Good Wife is impossibly sexy. Alicia and Will managed to make the affair work for a while, despite all the high stakes of state politics!

How do you make an affair even more scandalous? Make it happen with two siblings. Game of Thrones ruffled a lot of feathers when it portrayed a sexual relationship between Jaime Lannister and his twin sister Cersei. The two had an affair that resulted in a secret son, boy king Joffrey Baratheon — who later died. If that wasn’t enough, the show then included a controversial, horrific scene in which Jaime raped Cersei. What was most controversial is that Nikolaj Coster-Waldau, the actor who plays Jaime, and the episode’s director, Alex Graves, did not consider the act to be rape. Yikes. Maybe Game of Thrones should focus more on the dragons.

U.S. marine Sergeant Nicholas Brody of Homeland has been through a lot, kidnapped by Al Qaeda and held captive for several years. But when he returns home to his wife Jessica, he ends up engaging in an affair with Carrie Mathison, the CIA operations officer who is convinced that he’s been “turned” into a terrorist. Even though she thinks he might blow up a bunch of Americans, she also finds his red hair irresistible (we feel you, girl). Thinking Brody was dead, Jessica had moved onto his friend Mike — but since she tries to make the marriage work again, Brody’s affair is the more egregious. The relationship between Carrie and Brody gets more and more inappropriate, and more and more steamy.

Taking our list way back into the 1990s, let’s not forget about the ever-steamy Beverly Hills 90210. In season three of the primetime soap, Dylan and Kelly begin an affair with a beach bonfire and Casablanca. Sounds romantic — except that Dylan is still dating Brenda, Kelly’s best friend, who’s away in Europe! (We later find out that Brenda also had a fling while she was in France, so perhaps you could consider Dylan and Brenda even.) The love triangle only gets more complicated and intense as the show goes on.

Although many people remember the affair between Joan and Roger the best (how come those two couldn’t make it work?!), the most scandalous affair on Mad Men has to be the one between Peggy and Pete. Peggy was single, but Pete was married to the lovely Trudy when the two started their office romance. Here’s where it gets scandalous: Peggy gets pregnant with Pete’s baby, but remains in complete denial about it. She doesn’t even know she’s pregnant when she ends up giving birth! Probably the craziest part is that her boss, Don, is the only one who ever finds out — and he’s so good at keeping his own secrets that he keeps Peggy’s forever. It takes an entire season for Peggy to even tell Pete that she had his baby! And we have to give out an Instagram MVP award to Elisabeth Moss, the actress who plays Peggy, for posting a photo years later of her and Vincent Kartheiser (Pete) with the caption, “We are wondering what happened to our baby.” Oh, and in another case of epic Mad Men affairs: Vincent met his now-real-life-wife Alexis Bledel when she was cast as a married woman he had another affair with on the show!

Dawson’s Creek was all about Dawson, and the friend he was obsessed with: Joey. That is, until Pacey came along and shattered everything after a lot of pining and romantic gestures in season three. His relationship with Joey was so steamy that it even inspired a book about the inner workings of the show: Billion Dollar Kiss: The Kiss That Saved Dawson’s Creek and Other Adventures in TV Writing by Jeffrey Stepakoff. He explained that the decision to pair up Joey with bad-boy Pacey actually reinvigorated the show and saved it from a descent into boring storylines and cancellation. Of course, Dawson wasn’t too pleased about their union.

If you’re not watching Outlander, it’s time to catch up! This show is revolutionary in the way it portrays sex scenes from the woman’s point of view (and since it’s on Starz, they’re steamy). In the show, Claire accidentally travels back in time to the Scottish Highlands, where a super hot, brawny young dude named Jamie returns her longing glances. She has a husband back in her present-day of post World War II, but she has no idea if she’ll ever be able to get back to him. (Plus, in this world, a man played by the same actor as her husband is a horrible attempted rapist.) So is it really cheating if you’re in a different era? We can’t blame Claire for going for Jamie, especially when local politics require them to get married.