Home » Entertainment » Celebrities » 9 Male Stars Who Used To Be Hot

9 Male Stars Who Used To Be Hot 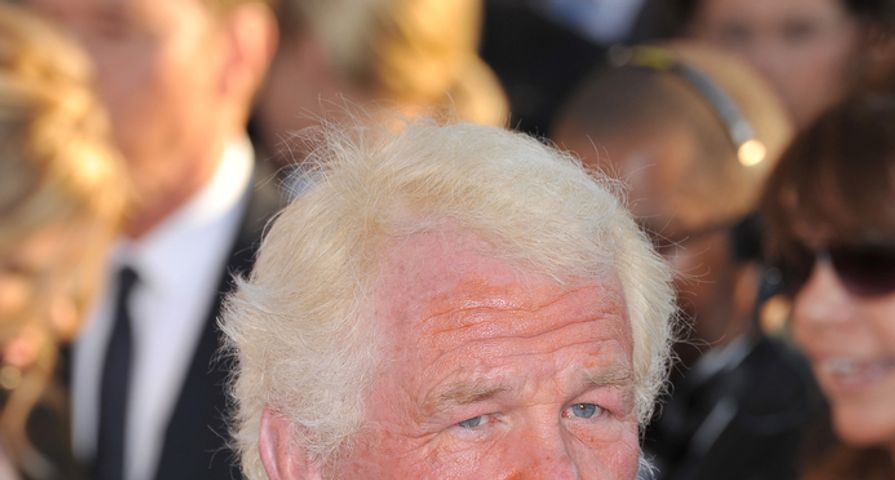 In the land of Hollywood make believe, maintaining the fan-fervor of manly-hotness is never easy. While some of our most popular male stars maintain their visually pleasing appearance as long as they can, eventually ‘hot’ is no longer the adjective of choice. Here is a list of nine famous movie stars who were once touted as super-sexy men, but now they either have faded in the annals of cinematic history or continue to entertain on sheer talent and experience without their former hotness.

This famed Hollywood actor, who started as a model in the 1960s, eventually rose to superstardom in the 1980s and 90s with hit movies such as ’48 Hours’, and the ‘Prince of Tides’. He was named People Magazines ‘Sexiest Man Alive’ in 1992 at age 51. However, he hasn’t carried those good looks into his later years, and now at 72, Mr. Nolte has quietly faded from the Hollywood scene and all the sexiest man lists.

First making it big in the movies as none other than Han Solo from the ‘Star Wars’ saga, and then a series of political thrillers in the 1980s and 90s, Harrison was one of the hottest of the hot. While his acting chops still warrant top billing in several recent films, his hotness has cooled quite a bit at the age of 71.

Without a doubt, he is one of the longest lasting ‘hot’ dudes of the past 50 years. From the original James Bond role in the 1960s, to 20th century classics like ‘The Hunt for Red October’ and ‘The Untouchables’, Sir Sean Connery has seemingly been hot forever. However, all good things must come to an end, and at 83, its’ hard to be described as ‘hot’ with women under 75.

Superstar of the 70’s Burt Reynolds still holds the title for the sexiest male centerfold photo in human history for his groundbreaking bearskin rug layout in Cosmopolitan Magazine in 1972. With such classic films to his credit as ‘Deliverance’ ,’The Longest Yard’, ‘Smokey and the Bandit’ and ‘Cannonball Run’, this living legend radiated hotness for two decades. However, lately Mr. Reynolds at 77 years old has diminished into the Hollywood abyss of cameos and nostalgic appearances, leaving the younger generation to say, “Who is that again?”

As the original Captain James Tiberius Kirk in the 1960’s Star Trek TV series, followed by a long run as hero-cop, ‘TJ Hooker’ in the 1980s, William Shatner broke the hearts of many a young lady in his day. Today the aging star keeps his career alive at 82 with occasional offbeat comedic appearances in various TV shows and a steady gig in commercials for the Priceline travel website, his hotness has waned to a faint glimmer of sexy for the 60 and up crowd.

Son of another famous hotty, Lloyd Bridges, Jeff has seen better days. In the 80’s this once upon a time-sexy actor starred in several box office hits like ‘Tron’ and ‘Against All Odds’. His more recent work has achieved dramatic acclaim in such works as the 2010 remake of the classic film, ‘True Grit’. However, at 63 as with many aging leading men, his hotness isn’t what gets him the roles any more.

The 1980s saw Mickey Rourke as the next Brando. With iconic roles in classic films such as, ‘The Pope of Greenwich Village’, ‘Nine and ½ Weeks’, and ‘Angel Heart’, Mickey was a true 80’s heart-throb and acclaimed film actor. In the recent years, Mr. Rourke has had a bit of an acting comeback, but his odd facial modifications has been fodder for gossip magazines as a result of over-indulgent plastic surgery, which has left the former ‘Sexiest Man Alive’ a disfigured mess of his former self. Now at 61, Mickey can only rely on is great acting instincts.

Born Carlos Irwin Estévez but taking on his famous father’s stage name; Charlie Sheen was hot and sexy for two decades. Never quite making the ‘Sexiest Man Alive’ cover, he still captivated women with is good looks and boyish charm. However, in recent years his over-grown playboy antics and unapologetic public craziness has transformed his once appealing appearance into a frail shadow of a man. At only 48 years old, one would suppose that flaunting drugs and hookers as a good thing seems to be a real turn-off in the final analysis.

What can you say about Mel. Mel Gibson might be considered by some to be one of the hottest male entertainers ever. He was the very first People Magazine’s ‘Sexiest Man Alive’ in 1985 and some would argue that his 1980s super-hotness was the reason they created the title in the first place. His list of great roles and amazing directorial credits are too long to list here. But alas, Mel’s personal life and exposed drunken-racist rants have brought the man low in the eyes of the public. Notwithstanding those seemingly unforgivable outbursts, which sidelined his career, he still looks pretty darn good at 57 years; but ‘hot’ or ‘sexy’ no longer apply if you go around spouting hate like that.