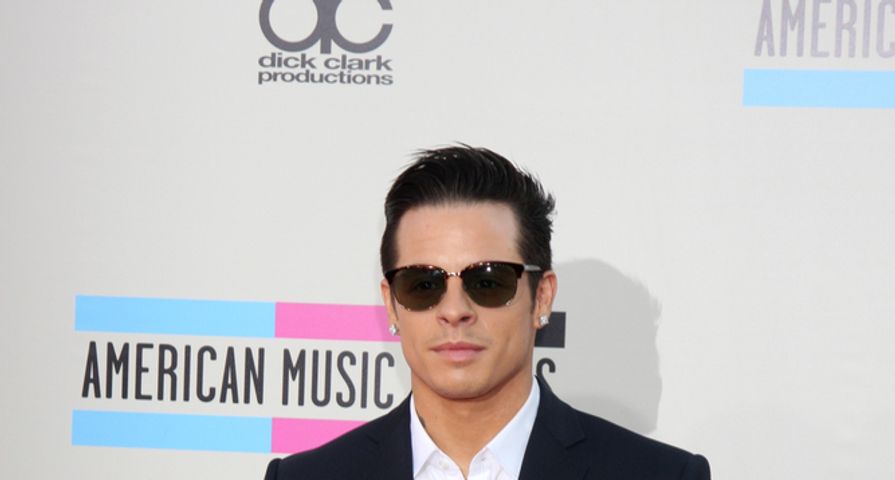 There are some men who have made names for themselves in Hollywood by associating themselves with famous women. These men wouldn’t have received much – if any – attention had it not been for these ladies. While some of them might recognize this, others seem pretty convinced that they still would have been famous had they not hooked up with A-list celebs, which is quite amusing, if you ask us. They have really tried to drag out their fifteen minutes of fame and we think its time they leave the spotlight to other people who are much more deserving. Here are 9 men who are only famous because they have dated or married famous women!

Nick Cannon is mostly famous because of his relationship with Mariah Carey. Before he hooked up with her, he wasn’t especially well known. Since he married the pop star, however, he has received a lot more press and he has been able to make a lot more money as a result. If he hadn’t married Carey, we’re not entirely convinced that he would have been able to generate the tens of millions of dollars he has since they hooked up. Cannon’s lucky he has made as much as he has since he won’t be Mr. Mariah Carey for much longer.

Many have assumed that Kris Humphries only hooked up with Kim Kardashian for the publicity. After she filed for divorce, he seemed to drag out his fifteen minutes by refusing to allow his estranged wife to quickly dissolve the marriage. Instead he claimed that she married him under fraudulent pretenses and demanded a divorce trial so that Kim could be grilled on the witness stand about her relationship with Kanye West. Humphries’ whole indignant act seemed more like a publicity stunt and thankfully the court put an end to it and his fifteen minutes.

Rick Saloman has been after fame for years. He received a little bit of it when he married Shannen Doherty; however, he got a lot more of it when he hooked up with Paris Hilton and she and Doherty began publicly fighting over him. None of this even compares to the type of press he received once the sex tape he filmed with Hilton was leaked. Even though he initially sued the company that distributed the tape, Salomon began distributing the tape himself, calling it “1 Night in Paris.” These days, he is more famous for his on-again, off-again marriage with Pamela Anderson.

Doug Reinhardt got his first taste of fame on the reality TV show “The Hills” as one of Lauren Conrad’s love interests. When that was over, he moved onto Amanda Bynes and then he found someone much more famous and just as interested in fame as he was – Paris Hilton. Once they broke up, the heiress claimed that Reinhardt was only using her to further his own career. Thankfully he has more or less faded into oblivion since the split.

No one would have even heard of Brandon Davis if it weren’t for his relationship with Mischa Barton, his friendship with Paris Hilton for the crude things he has said about Lindsay Lohan. He seems to gravitate towards famous women; however, he doesn’t have any sure means of keeping them around. Davis’ relationship with Barton ended almost a decade ago and he hasn’t been spotted in Hilton’s company in ages. We think his fifteen minutes are done, unless of course he hooks up with another young ingénue.

Before he began a relationship with Britney Spears, no one had heard of Kevin Federline. He was just a backup dancer, struggling to make ends meet. He had a fiancée Shar Jackson and one child with another on the way. After meeting Spears, however, he realized just how nice money and fame were. Even though he already had a family, he quickly dumped them, married his pop star girlfriend and tried to become a rapper. None of this ended up working out for him and now he will forever be known as Britney Spears’ ex who made one of the worst rap CDs in history.

Dean McDermott really wanted fame and fortune. He wanted those two things so much that he traded in his wife of several years for Tori Spelling, a well-known actress and heir to the $500 million Spelling fortune, who he promptly married and began impregnating. Since hooking up with Spelling, he has landed way more jobs than he ever did with his ex and, at times, has had way more money. Without her, we don’t think he would have had any of the opportunities he has had in the last several years.

Ray J may be Brandy’s younger brother but, unlike her, he hasn’t done anything noteworthy. He participated in a sex tape with Kim Kardashian and that is his only real claim to fame. Some speculate that he had something to do with the getting the tape leaked, which would make sense since he recently referenced it in his song “Never Shoulda Did That.” Around that same time period, he referenced his relationship with Kardashian in another song, “I Hit It First.” We don’t think he wants to distance himself from that relationship with the reality TV star – it’s the only thing that keeps him relevant.

Casper Smart was just another one of Jennifer Lopez’s backup dancers before he became her main squeeze. Being JLo’s boyfriend certainly had his benefits. He received a promotion, going from backup dancer to lead choreographer, and the two quickly shacked up. Unfortunately, Smart began to resent being only known for his affiliation with Lopez, so he allegedly cheated on her with a couple of different of transsexual models and then went off on his own. Poor guy doesn’t realize that he actually needs JLo, otherwise people will just forget about him – which is exactly what is happening.