Home » Entertainment » Celebrities » 9 Famous Stars Who Were Exploited By Directors

9 Famous Stars Who Were Exploited By Directors 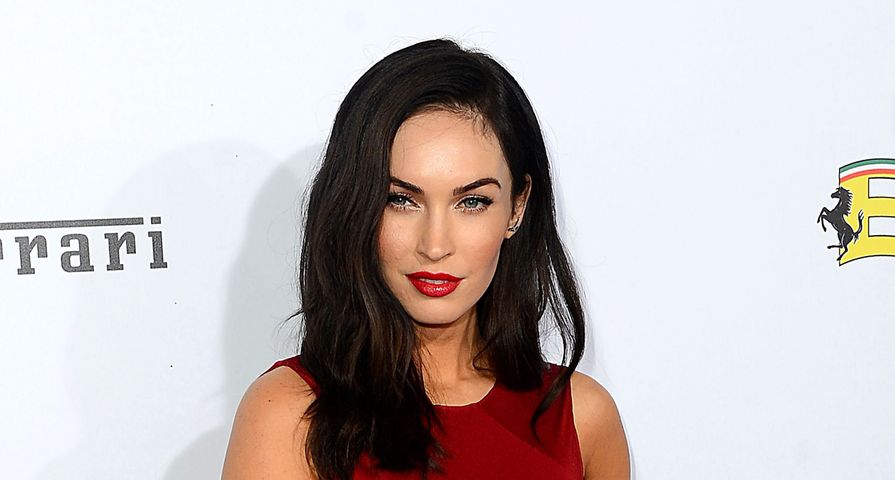 Living a celebrity lifestyle seems to be one full of perks, VIP experiences and consistently handsome paydays, but the glitz and glamour of Hollywood is wrought with blood, sweat and tears. Behind the scenes of movies, TV and music…they’re some of the least glamorous, and most scandalous trades in the world. Stars seem to have it made. They seem like they would be the most confident people in the world–after all, many are idolized–but some are also abused by those overseeing them, and here are nine examples of such exploitation.

Mary Elizabeth Mastrantonio once worked opposite Kevin Costner for weeks on Robin Hood: Prince of Thieves. How could anything get worse than that? Truth is, working opposite the American-accented English Robin of Locksley was a walk in the park after working with James Cameron on The Abyss. For those who haven’t seen The Abyss, it is quite a cinematic achievement. Some of the FX are a bit dated, but for a 1989 feature, shot in underwater chambers…? Most impressive. The issue in filming was the fact that James Cameron didn’t really care about his actors discomfort after they fell behind schedule, even going so far as to tell the actors to relieve themselves in their wet suits to save time. After several 70 hour work weeks, underwater nonetheless, Mary broke down and stormed off set exclaiming, “We are not animals!”

Poor Judy. Judy Garland was one of the stars contracted to MGM during its heyday of pumping out cinema classics. It was also during its heyday of pumping out actor abuse. Judy was spread so thin she couldn’t meet the demands the company put on her shoulders. She was so incredibly popular, and her talent was in such high demand, they treated her like a cash cow. The studio was pretty much responsible for the downward spiral Judy experienced later in life, introducing her to a concoction of drugs in order to meet the obligations of her schedule. Things like “pep pills” were commonplace when on set, and sleeping pills were offered to bring her down at the end of 14-18 hour work days. She did enjoy her work, but it was too much. The studio knew it, and they treated her like a stock market commodity. Definitive abuse.

Martin Sheen may seem as tough as nails in some of his films, but he’s also a very tender, accessible guy who is more like his son Emilio Estevez than the ne’er do well, Charlie Sheen. Martin’s role of a lifetime came in the Francis Ford Coppola war epic, Apocalypse Now. Fans of the film can likely quote the Sheen voiceover monologue that kicks off the movie. This film was a foray into madness for many people involved, including Coppola, who chose to shoot in the Philippines due to the support offered by the local government. The catch…? He had to share time with the actual military, as the country was engaged in conflict. The shooting schedule was demanding to say the least, and Coppola was bent on capturing as much footage as possible. This pushed Martin Sheen to have a heart attack while filming in the jungle.

Shelley Duvall was happy to be part of The Shining, a film that has achieved legendary status, but she did not enjoy the experience. Anytime you own an official world record for the most takes while filming a single a shot, you know the world “grueling” applies. Stanley Kubrick pulled Shelley Duvall’s performance out of her by exasperating her on set. In fairness to Kubrick, he had vision that was 50 years beyond industry standard, and because of that, he wasn’t an actors best friend. He wasn’t concerned with how to make them look good. In fact, he would do the opposite at times, using extremely wide angle closeups, and these little things put him at odds with his actors. But for Shelley, he worked her like a blacksmith on an anvil. He made Shelley do the bat scene 127 times before moving on. Watch it. No acting required.

Debbie Reynolds was adored by MGM bosses as film making what just coming into its own. She was so adored, they decided to put her into a feature with Gene Kelly and Donald O’Connor, in which she was sing and dance her way into full blown celebrity. The film was none other than Singin’ In The Rain, and Debbie had the perfect voice for her character of Kathy Selden; unfortunately, she had never danced a day in her life. The task of turning her into a tapper was placed on the shoulders of Gene Kelly. Gene was not happy about it. The screen legend was irritated they cast a non-dancer. Gene, being a perfectionist, worked Debbie to the bone. He danced her so hard, her feet bled. After the experience. he admitted to being a dictatorial jerk, and praised her for ever speaking to him again.

Any number of actors could have been chosen for what follows: David O. Russell. This guy. People love to work with him, but many have also loathed the experience. In the long run, everyone has been thoroughly pleased with the finished product in which they’ve participated. Even George Clooney was happy with Three Kings, though he and David O. engaged in a physical altercation during production. Still, none compare to the abuse of comedic legend, Lily Tomlin, on the set of I Heart Huckabees, captured for all to see on YouTube. Lily and David weren’t seeing eye to eye on a few things, and the poo hit the fan. So much so, David started trashing the set, and they had to shut down the production for the day. Recent reports put he and Jennifer Lawrence at odds on the set of Joy. He’s got what they call a bad temper.

Shirley Temple was one of the sweetest things to ever grace the silver screen. She gave birth to the child star category in the entertainment industry, and in more ways than one. First, we’ll address the failings of her father, who took her fortune, trusted some really terrible investment advice and left the star with less than six figures. She was also abused similarly to Judy Garland, with her schedule, and treated like a cash cow by producers. And now, the likely reason Shirley walked away from the business at 22 years of age: Shirley was one of the first cautionary tales in the industry. She was sexually harassed as a child and teenager, and according to the actress, legendary producer, Arthur Freed, once propositioned her in his office by exposing himself. Not knowing what to do, she laughed, and was promptly booted.

The Megan Fox vs. Michael Bay saga. It came to such a sad end. Michael Bay is one interesting cat. He has his ideas, and he’s very good at executing those ideas. He has a genuine knack to create some magic on the screen. He also has a knack for being very awkward around female talent, and according to several sources, he was borderline misogynistic when handling his working relationship with Megan Fox. For Megan, things became very awkward when he would push her toward hypersexuality during scenes in Transformers, and Transformers 2: Revenge of The Fallen. She became so fed up with his m.o. that she called him out, referred to him as “Hitler,” embarrassed him, peeved him to the nth and cost herself a job. The two have made up, but find it better to respect boundaries. The world has come a long way, hasn’t it?

Michael Jackson was managed, and directed by his father Joe. He is the poster child for child exploitation. To say the two men had a tumultuous relationship is an understatement. In some respects, Michael was driven toward “success” by Joe, and in other ways, Joe completely robbed the young Michael of any childhood. Michael Jackson never stood a chance at becoming a normal human being once he became a desired commodity in the entertainment world. He was used and abused for years by any number of individuals, exposed to things no kid should ever see sharing a life with his older brothers and exploited for profit at any given opportunity. The Pepsi commercial when his head caught on fire? “Sure, Mike, the set is safe even with pyrotechnics, and all the product in your hair…just do your thing.” The guy never stood a chance against the machine.