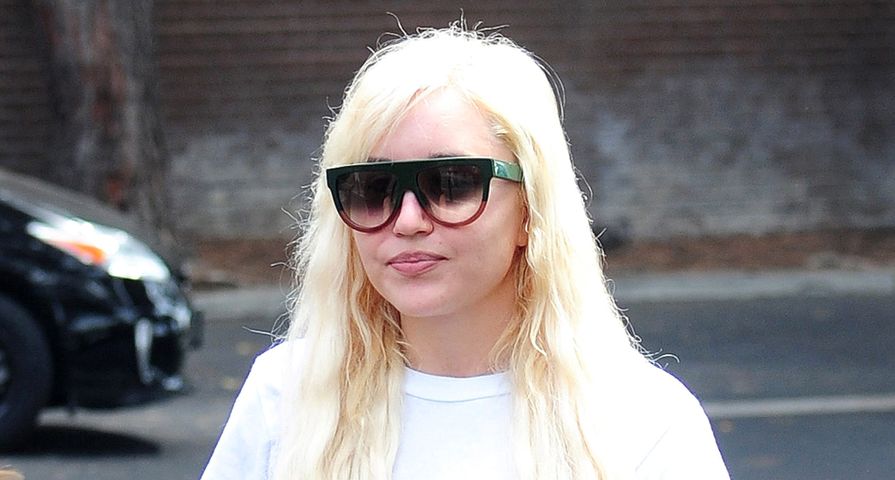 There’s nothing better to make you feel better about yourself, than digging into a social media meltdown of a celebrity. One thing we could all do a little better: offer more grace to these folks who are feeling the weight of the world with a spotlight on them…That said, let’s not get preachy. There is far too much entitlement to laugh at, random statements to roll our eyes at and general craziness begging for a collective, “What the ___?” (Whichever exclamatory question you prefer.) Here is a sampling of nine social media meltdowns.

Reese Witherspoon is feisty. She has allowed that aspect of her personage to be put on display many times in her impressive career, but never had we been privy to seeing off screen. Let us all give a nod of thanks to YouTube, shall we? Remember when YouTube was about to die, because they couldn’t figure a way to monetize it? Then Google bought it? Yowza!? And it delivered to us the saccharine sweet Reese Witherspoon going toe to toe with a Georgia police officer, demanding her rights as “…an American citizen!” Yep. Reese was intoxicated. So was her husband. That’s why they were pulled over in the first place. Then she was arrested, and dropped the hammer of clout, to which the police officer paid no mind. That guy was ice cold. Of course, we’d all laughed and forgiven Reese before she made her public apology.

Where to begin with Chris Brown? To begin, it is worth stating: Chris has some deeply seeded issues, and the public going at him has probably only exacerbated the root cause. Meet him in the right place at the right time, where there is no need for his ego to flare, and he is one of the kindest, gentlest individuals you’d come across. It is a case of Dr. Jekyll and Mr. Hyde, because he has thrown numerous celebrities under the bus, dropped a number of epithets via Twitter. And from July of 2015 on Instagram: “When u tired of the f**king devil ruining your life, and u hear God speak for the first time. No one knows what I deal with on a day to day. The average man wouldn’t hesitate to blow his f**king brains out but that’s the cowards way out.”

Bad days and social media don’t mix. Adam Richman, former host of Man vs. Food, learned this the hard way. Adam was slated to host a new show, Man Finds Food, for the Travel Channel, when a simple hashtag #thinspiration sent a follower into critic mode, and Adam into a venomous response that made the network immediately pull his new show from the seasonal lineup. What did Adam say? We can’t repeat it here, but you can see it here. Adam became hypersensitive to the criticism offered over the hashtag, because it was often associated with unhealthy weight loss. Adam had recently lost 60 pounds, and didn’t really care for the comment, so he took it out on the individual with personal attacks, even suggesting the person commit suicide. Adam offered an apology for his tirade, and his show went to air in April of 2015.

Justin Bieber. Who is this guy? He’s obviously a guy who experienced the pitfalls of having wealth before wisdom, and he seems to have a very small knowledge base from which to derive any wisdom. The last year, he seems to be figuring it out for the sake of appearances, but his meltdown came from the core. We can start with the multiple lawbreaking episodes, the arrest in Florida, the absurd smile for the mugshot, as if he is so conditioned to smile for a camera that he can’t think for himself. Then came the arrogance via social media, the investigation into some of his crimes–with which he refused to cooperate–and his complete misunderstanding of how real life works. And we got to see it all via Twitter and Instagram. Here’s to hoping he is really growing up a bit. His spotlight will fade over the next five years.

Shia LaBeouf may be the world’s smarter version of Justin Bieber. Shia has never experienced a painful downward spiral that was guided by a spotlight, but he has endured his fair share of arrests, social media faux pas, really freakin’ odd statements (remember him getting “raped” as part of a Los Angeles performance art installation?) and general stupidity. The best of the best: Shia obviously biting the work of another artist, and passing it off as his own idea. When he was called out for plagiarism, he didn’t deny it. Instead, he went, and plagiarized the words of another person in order to offer his apology. Seriously, we have to think this guy is getting the last laugh, because he realizes the worship of celebrity is ultimately comparable to worshiping a turkey sandwich…or he’s a sociopath.

On the heels of Lindsay Lohan suggesting that she’ll run for President of The United States in the year 2020, we’ll take a stroll down her social media memory lane. It seems that Lindsay is genuinely seeing things differently now. Is it a result of going so far one direction, she has gone too far in the other? We’ll have to hold on that one. What we can boldly proclaim: Lindsay doesn’t understand that you have to be 35 in order to run for President of The United States of America. We’re digressing…We may be a little ahead of the curve on this one, but it seems like Lindsay is finally coming to terms that even when do-gooding, she’s no more important than the next person. Such lofty aspirations crash hard when the fall. Add that to her list of Twitter/Instagram gaffes.

We’re getting into the medal winners now. Our bronze medalist in the realm of social media meltdowns belongs none other to the man with tiger’s blood, Charlie Sheen. Charlie’s meltdown was an obvious attempt at protecting his ego…mixed with drugs and alcohol. While the man maintains he was sober during this social media war with CBS and producer Chuck Lorre, it was hard to believe that such could be the case. Charlie made things personal, then began to air his dirty laundry, throwing former spouses and lovers under the bus, while educating the rest of us on what’s wrong with the world and how he was so necessary for fixing it. Like a kid with a sugar high on Halloween, his resurgence eventually ran out of steam and he went back to doing what he does quite well: acting.

We’ll fully expect to hear from Kanye after we award him the silver medal in this competition. We all know that his talent level and genius is worthy of gold. In fact, we should probably develop another medal for his living in a different world, and still sharing his talents with the rest of us. A platinum medal. On to his social media meltdown(s). We don’t even know where to begin. Let’s look first to the many run-ins with paparazzi. These finished pieces can be found all over YouTube, TMZ and the like, and they are quite entertaining–sometimes enlightening. And then there are Kanye’s Twitter tirades, which really take things to another level. Remember the diatribe of 140 character posts directed at Jimmy Kimmel, because Jimmy did a satirical sketch on Yeezy? Just one example. Sadly, it seems like Kanye is gonna snap someday. Everyone should ease up.

Someday, when you look on Urban Dictionary for the term “Social Media Meltdown,” they will show a photo of Amanda Bynes next to the entry. She has offered the definitive nature to exactly what can happen when you mix a wealth of drugs, opulence, privilege, entitlement and denial into a life heading in the wrong direction, then document it for the entire world via the Internet. Heck, you could see it from anywhere by simply downloading an app and looking at your phone. There is an inherent sadness to see this when people are actually enduring it, but when they come out of it–or seem to–you can look back, and chuckle, drop a “WTF/H” and then heartily debate the real reasons why Amanda did what she did. You can also Twitter stalk your friends who aren’t her fans, and see who followed her for the free show.