12 Former DWTS Pros Who Should Make a Comeback 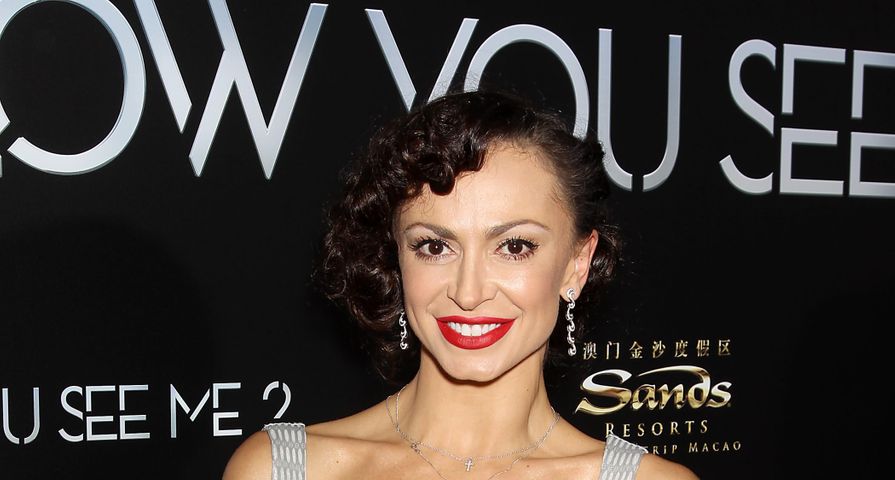 DWTS Season 17 Cast List (With Photos)! Who Will Win?

Dancing with the Stars has been airing for well over a decade and isn’t showing any signs of slowing down anytime soon. ABC’s competitive dancing show pairs a professional dancer with a celebrity, and the duo performs in front of a panel of judges for the chance to win the coveted Mirrorball trophy. After 27 seasons that show has become incredibly successful and garnered a huge cult following. Because of the nature of the reality show, viewers tend to see pros come and go each season, just as they do contestants. So we’ve compiled a list of 12 former DWTS pros we wish would make a comeback!

Dancer Jenna Johnson began showing off her skills on Dancing With the Stars during season 18 when she became a troupe member. She danced as part of the DWTS troupe until season 22, and then in season 23 she was promoted to a professional dancer and was paired with actor Jake T. Austin. Unfortunately for Johnson, she and Austin were the first couple to be eliminated and she subsequently returned to being a troupe member. It is very clear that Jenna is gorgeous and talented, and Dancing With the Stars could use a fresh face to brighten things up, so it would be great to see her try her hand at being a pro again. Now that she and pro dancer Valentin Chemerkovskiy are a couple again it would also add an element of competition between the adorable couple.

7 Most Shocking DWTS Upsets Ever!

Similar to Lindsay Arnold, one of the reasons we’d love to see Anna Trebunskaya make a return is because she was such a good teacher. And let’s face it, that’s extremely important on a show like this! She was always so patient with her partners, and just downright nice. Her first season on the show was all the way back in season 2 when she finished in the runner-up position for the first time. Since then she’s appeared on the show numerous times, 11 seasons to be exact. While she’s never won, she’s come very close! Let’s bring this Russian dancer back and give her another shot at the Mirrorball trophy!

Chelsie Hightower joined Dancing with the Stars in season 8 and stuck with the show for the following seven seasons (except for season 13) until bowing out after season 15. Sadly, she hasn’t been seen on the competitive dancing show since 2011, although she does continue to perform on Dancing Pros Live. Word on the street is that she moved back to Utah, so we’re not sure if we’ll ever see her on-screen again, but we sure do hope so!

Dancing with the Stars 2015 Full Cast Announced: See The List (With Pics)

You had to be a bit of a risk taker on DWTS in order to win or even come close to winning, which is something Allison Holker knew. She is one of the most memorable former DWTS pros simply because of the fact that she was always pushing the boundaries and rules. While we might not have always agreed with what she did, there’s no denying that it was entertaining to watch!

10 Shocking Dancing With The Stars Feuds

One of the things we miss the most about this DWTS pro is his ability to establish an amazing chemistry with his partner, no matter the season or who he was partnered with — and he’s been slotted with some tough to please partners! Louis Van Amstel is one of the original pros who first appeared in season 1. Since then he came back sporadically with a total of 10 seasons under his belt until season 21 when he left for good. Louis Van Amstel, if you’re reading this, please come back to DWTS!

Dancing With The Stars' 7 Messiest Breakups

When Tony Dovolani left Dancing with the Stars, it was the end of an era. He had been one of the longest standing pros on the show. Not only was he fun to have around as part of the cast, he typically makes it pretty far on the show (with one win under his belt), so that proves he’s also great at his job! He joined DWTS in season 2 and appeared on every consecutive season after that until season 22. He left the show for personal reasons when his sister was diagnosed with breast cancer, and he hasn’t been back since. We’re definitely not ready to write him off just yet because he recently said in an interview that he could see himself returning to the show someday! Fingers crossed!

Dancing With The Stars Contestants Who Let Us Down

Lacey Schwimmer made the transition from So You Think You Can Dance to Dancing with the Stars without a hitch which is a true testament to her talent. She brought a lot of awesome things to the table like her strong choreography skills and bubbly personality. It was hard to watch her go when she left the series, but we are still holding out hope for her return.

Dancing With The Stars' 10 Most Shocking Injuries

How could anyone forget about this elegant Polish ballroom dancer! She joined Dancing with the Stars in 2005 and was a reliable and well-liked pro on the show for the first 10 seasons. While it would be hard for her to make a comeback because she’s busy being a mom to two babies with fellow DWTS pro Alec Mazo, we would love to see Edyta Sliwinska return! The idea isn’t all that far-fetched because she did return in season 22 after an 11 season hiatus. But she has since welcomed a second child, so we might be looking at another long hiatus before she returns for good!

Dancing With The Stars' 10 Biggest Scandals

We feel pretty confident saying that Karina Smirnoff was one of this show’s best dancers ever. She dedicated herself to Dancing with the Stars for a long time. She first appeared on the show in season 3 and showed up pretty much every season until season 22. While she only won once, she had always had some of the best choreography and was always fun watching her interact and be goofy with her partners during rehearsals. She definitely brought a good energy to the show, and we’d like to see her return in the future!

Dancing With The Stars: Behind-The-Scenes Secrets

This Australian momma-to-be met her current husband while working on Dancing with the Stars. She was paired with Shark Tank‘s Robert Herjavec in 2015, and after falling in love while working together, the two got married and are now expecting twins. While she did return briefly in 2017 for season 24, we’re guessing once she welcomes her twins she won’t be coming back anytime soon. Prior to all this, the professional ballroom dancer had been appearing on the show on and off since season 3. Not only did she place as a runner-up in season 7, but she’s won the Mirrorball trophy twice! That says it all. She was a great addition to the DWTS family.

10 Best Dancing With The Star Pros Who Deserve More Wins

There’s no denying that Julianne Hough is one of Dancing with the Stars’ biggest celebs. Although she’d been dancing around in the spotlight for a while, this show was what really gave her the platform to become much better recognized. It was heartbreaking when she left the series, but thankfully she returned as one of the judges. She brought a lot of excitement to the show with her bubbly personality, amazing choreography, and competitive spirit. She goes down in history as one of DWTS best dancers and she’s got the wins to back it up!

We’d probably get judged if we put anyone else but Derek Hough in this number one spot. Derek is one of the most talented DWTS pros of all time, and he’s also a huge fan favorite. You’d be hard-pressed to find a fan who didn’t like this guy. He’s been deemed the king of choreography, who’s known for having flashy and innovative dance moves, and great chemistry with his partners. This is why he’s won the Mirrorball trophy six times! Derek Hough cried wolf more than a few times about leaving DWTS, but at the last minute, he always comes back. Sadly, we’re pretty sure he has finally left for good because he joined the cast of another show, NBC’s World of Dance. Please come back Derek Hough!