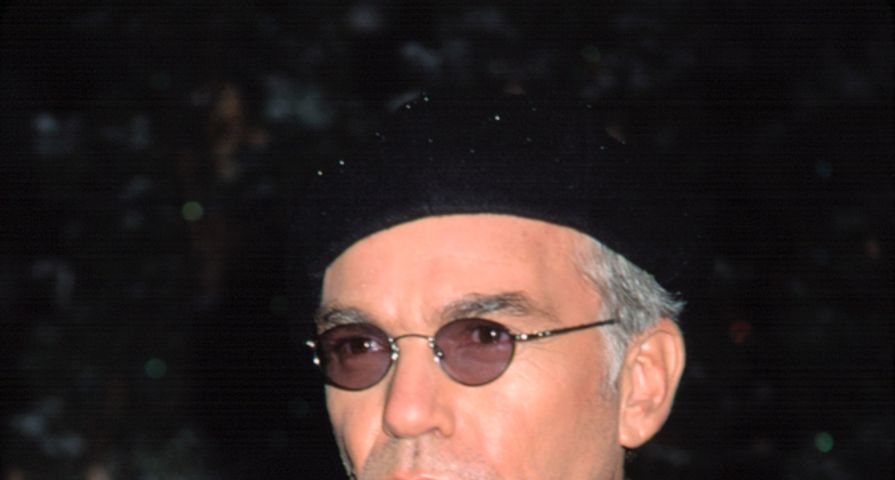 Sometimes celebrities can be downright charming in interviews. They seem so fabulous, agreeable and funny that we can’t help but want to be friends with them. Sadly, there are other times when these same celebrities are absolutely unbearable in interviews. They are so unpleasant that they end up alienating the interviewer, all while compromising our opinions of them forever. We decided to take a look at some of the worst celebrity interviews that have ever been conducted. Some of these are pretty recent while others happened so long ago they might have actually been forgotten. Check out 9 celebrity interview gone horribly wrong!

Who knew that Jesse Eisenberg could be such a jerk! During an interview with Romina Puga on her Univision show “Say My Name,” the “Social Network” actor was incredibly antagonistic, chastising her for referring to Morgan Freeman by his last name. After a few more jabs, Pugo told Eisenberg that he was going to make her cry, to which he responded, “Don’t cry now, wait until after the interview is over because otherwise I’ll look like I’m responsible for it.” See it below!

When Dina Lohan appeared on Dr. Phil’s show in 2012, she behaved so inappropriately that many people wondered whether she was drunk. Over the course of the interview, she refused to honestly answer questions about Lindsay’s troubled past, stumbled over her words and, at one point, flipped off the cameras. Dina also spent a considerable amount of time arguing with Dr. Phil over the definition of words and his ability to conduct an interview. We have a teaser below.

In 2011, Paris Hilton walked out of an interview with ABC when news anchor Dan Harris asked her if she was concerned that her “moment has passed,” referencing the low ratings she was receiving for her Oxygen reality show, “The World According to Paris.” Hilton walked out, had a heated conversation with her publicist and then came back and finished the interview. To show that there were no ill feelings, the reality TV star gave Harris a hug once the interview was over. Watch it below!

This year, Cameron Diaz abruptly ended an interview on KIIS 106.5’s “Kyle & Jackie O” show when Kyle Sandilands made a cutting remark about Drew Barrymore. Jackie O had mentioned that the actress who plays Diaz’ daughter in the movie “Sex Tape” reminded her of a young Barrymore to which Sandiland replied, “Let’s hope she misses out on the Drew Barrymore drug years, because those were a great thing to watch, but not so good to be in, I’d imagine.” Diaz responded with “I’m sure, Kyle, you’ve never been through a drug phase, have you? Or alcoholism or anything like that? Pretty clean; always did it right? Congratulations” and then walked out. We have the audio below.

Mila Kunis almost always gives a really good interview; however, with the cold, stilted interview to The Star Ledger, she proved that even some of the biggest stars can have an off day. Throughout the interview, she gave the interviewer a number of surly answers to his perfectly innocent questions and even went so far as to cut him off mid-sentence at one point. “I know what your next question is so let’s just skip it. You’re going to ask me what I think about what’s going on now in Ukraine. Just because I lived there until I was seven doesn’t mean I identify with Ukraine.” Yikes – someone is snappy!

During an interview with Matt Lauer on the “Today” show, Kanye West lost his cool when producers showed clips of President George W. Bush responding to the rapper’s claim that he was a racist and then of West interrupting Taylor Swift’s 2009 VMA acceptance. “Yo, how am I supposed to talk if you’re going to run the thing in the middle while I’m talking?” West complained. “Please don’t let that happen again. It’s ridiculous.” The rapper was so put off by it that he refused to perform on the show the following week as he had initially promised. Watch the ill-fated interview below.

Joan Rivers walked out of an interview with CNN earlier this year after her interviewer Fredericka Whitfield called her “Fashion Police” show “mean.” Things went downhill from there. When Whitfield mentioned that Rivers was wearing a fur coat on the cover, the comedienne responded that she had had enough. “I’m going,” Rivers declared, as she pulled out her earpiece. “All you’ve done is negative. I’ve made people laugh for 50 years. I am put on earth to make people laugh.” Check out this awkward interview below.

Chris Martin has overreacted numerous times when journalists have mentioned his now estranged wife Gwyneth Paltrow. In an interview with Q back in 2008, the temperamental rock star joked with his interviewer about the alleged agreement he has with his wife about who they can leave the other for. When the interviewer absent-mindedly said, “You could have at least told her Brad Pitt,” Martin responded by giving him a swift elbow to the chest and calling him a “c*nt.”

When CBC interviewed Billy Bob Thornton and his band The Boxmasters, the Oscar-winning actor proved himself to be a colossal jerk. No part of the interview went smoothly. Once the interviewer Jian Ghomeshi briefly mentioned his career as a Hollywood actor, director and screenwriter, Thornton became increasingly hostile, giving dismissive or unrelated answers to the questions, while his bandmates sat there looking uncomfortable and worried. To see it this mess of an interview for yourself, click below.