9 Celebrities You Didn’t Know Were Vegan 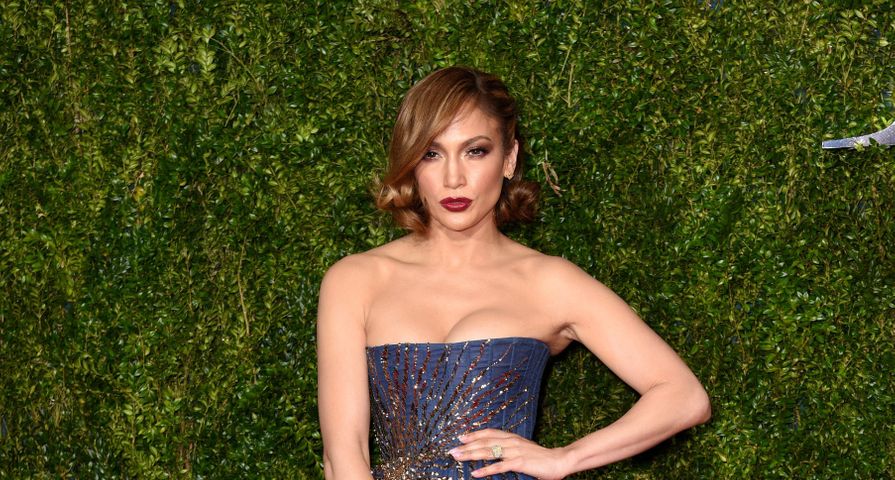 Giving up all meat and dairy products sounds difficult,  but it probably helps to be a rich celebrity who can afford fancy restaurants, personal chefs and customized food delivery services! Many celebrities have gone past vegetarian and become totally vegan, and they look so good that we have to wonder if it’s worth the restrictive diet. Here are 9 celebrities you may not have known tried the vegan diet, often inspired by films and books on the subject. Not everybody has stayed true to the restrictive regimen, but many remain at least vegetarians.

One of Hollywood’s most outspoken vegans, Alicia Silverstone gave up meat and dairy after attending an animal rights meeting in 1998. Since then, she’s published two bestselling books about being vegan: The Kind Diet (2009), along with the the book’s companion website The Kind Life, and The Kind Mama (2014), about raising kids while being vegan. In 2013, she said she plans to write a third book, The Kind Cookbook. Looking at Alicia, it’s hard to believe she’s 38 — and last year she told NJ.com that it’s all thanks to her strict vegan diet. “I couldn’t reconcile being an advocate for animals and at the same time eating them — it made no sense. But I quickly realized that there were also incredible health benefits and started to educate myself about the amazing health potential of a plant-based diet,” she explained. “Not long after adopting this way of eating, I ditched my inhaler, stopped getting allergy shots, my body slimmed down, my moods balanced, my acne disappeared and I was literally glowing from the inside out.”

Thirty four-year-old actress Natalie Portman has been a vegetarian since she was a pre-teen, but she adopted a fully vegan diet after reading Jonathan Safran Foer’s book Eating Animals, which she said turned her from “a twenty-year vegetarian to a vegan activist.” However, she’s not as strict as Alicia; when Natalie got pregnant with her son Aleph, she allowed herself to eat dairy products again. “I actually went back to being vegetarian when I became pregnant, just because I felt like I wanted that stuff,” she said in an interview with The Bert Show in Atlanta. “I was listening to my body to have eggs and dairy and that sort of stuff. I know that there are people who do stay vegan. But I think you have to just be careful, watch your iron levels and your B12 levels and supplement those if there are things you might be low in in your diet.”

Glee star Lea Michele once joked to Allure magazine that people think she just eats grass, but she has found lots of delicious things to eat as a vegan; she even had her mom make a vegan version of her famous lasagna so that Lea could still enjoy family comfort food. Like many celebrities, though, Lea doesn’t always adhere to the strict vegan diet; in 2012, she told Shape, “I go back and forth between [being a vegan and not being a vegan]. I try lots of different things. I really feel that you need to kind of listen to your body and what your body is telling you to eat. So I was a vegan for about two years.” She continued: “Everything with being vegan and vegetarian is a really big commitment. You have to do what you feel is best and what you believe in and what your body is telling you that it needs. I really think everyone should do what’s best for them, and what’s best for me may not be best for someone else. But like I said, you just have to do what makes you feel good.”

You might be surprised to learn that former president Bill Clinton has gone vegan! He adopted the diet in 2010, and shocked everyone by losing 30 pounds and looking completely different by the time his daughter Chelsea got married. Clinton adopted the diet for health reasons; he had quadruple-bypass surgery in 2004 and then needed emergency surgery to insert stents in 2010 after one of his veins gave out. According to AARP Magazine, Clinton soon read three books about the vegan diet: Dr. Dean Ornish’s Program for Reversing Heart Disease, Prevent and Reverse Heart Disease, by Caldwell Esselstyn, M.D., and The China Study, by Cornell biochemist T. Colin Campbell, Ph.D. “I just decided that I was the high-risk person, and I didn’t want to fool with this anymore. And I wanted to live to be a grandfather,” he said. “So I decided to pick the diet that I thought would maximize my chances of long-term survival.”

Spiderman is vegan too! Tobey Maguire has been a vegetarian since 1992, but switched to the complete vegan diet in 2009. In 2008, he explained to Parade Magazine that avoiding meat isn’t really that difficult for him: “It’s never really been that hard for me. I’ve never had any desire to eat meat,” he said. “In fact, when I was a kid I would have a really difficult time eating meat at all.” He’s also abstained from using any mind-altering substances since he was 19 — even alcohol. Being healthy is a little harder for him than avoiding martinis, though, according to an interview he did with The Guardian in 2013. “I’m a vegan,” he said. “Maybe I eat a little too much sugar and wheat, but I’m trying constantly to refine.”

Talk show host and comedian Ellen Degeneres announced in 2008 that she had adopted a vegan diet, motivated by books like Diet For A New America, Skinny Bitch, the film Earthlings and the desire to combat the anxiety she felt, which she thinks was from the negative energy she was consuming in animal products. But in a more recent interview with Ellen Pompeo on her show, Degeneres admitted that she eats eggs from her neighbor who raises chickens. “We get our eggs from those chickens because they’re happy,” she explained, which shocked many strict vegans. But Ellen still keeps a restricted diet, along with her wife Portia de Rossi.

UK import Russell Brand has been a vegetarian since he was just 14, and PETA even named him the World’s Sexiest Vegetarian in 2007.  Russell went a step further and decided to adopt a fully vegan diet after watching the documentary Forks Over Knives in 2011. “I’m now vegan, goodbye eggs, hello Ellen,” he wrote on Twitter at the time. He once said in an interview, “Even as a junkie I stayed true – ‘I shall have heroin, but I shan’t have a hamburger.’ What a sexy little paradox.” Russell ate a lot of raw vegetables and tofu, and is an avid practitioner of yoga and meditation. However, he hasn’t always stuck to the complete vegan diet.

Like many celebrities, actor and musician Jared Leto says that a vegan diet is why he looks so much younger than his actual age of 43. He’s also a big proponent of exercising, avoiding alcohol and getting plenty of sleep. “I still have plenty of vices, but alcohol isn’t one of them,” Jared told British GQ. “It’s probably just down to sleep and diet. If you travel long-haul a lot or don’t sleep much, [your body’s] not going to last very long, that’s for sure. I’m pretty healthy so I think that helps a lot. I’ve been that way for a long time. Twenty solid years of eating vegetarian/vegan and taking care of myself. That probably helps the preservation process.” He’s even remained a vegan while bulking up for his role as The Joker in the Suicide Squad movie. He eats meals every couple of hours, snacking on things like vegan pancakes and vegan tacos. Considering how many celebrities have given up their vegan diets, we’re impressed!

Like Jared Leto, Jennifer Lopez seems to defy the aging process. At 46, the singer, dancer and actress looks better than ever — and she attributes at least some of this to her diet. She did a 22-day vegan challenge, the same one as Beyonce and Jay-Z, telling Ryan Seacrest, “I did the vegan 22-day plan, and it was really good and I kept on with it for a few more weeks, and now I’ve incorporated a little bit of fish here and there. But I’ve got to tell you, I enjoy it. I enjoy eating that way. I never did [before]. And I didn’t know how good you can feel when you put healthy stuff in your body.” Jennifer also does plenty of strenuous workouts, but if a vegan diet is what got her into shape for her “Booty” music video, it’s easy to see why people are following in her footsteps. Around the same time as Jennifer tried the vegan challenge, Jessica Simpson tried a vegan diet and successfully slimmed down for her wedding.