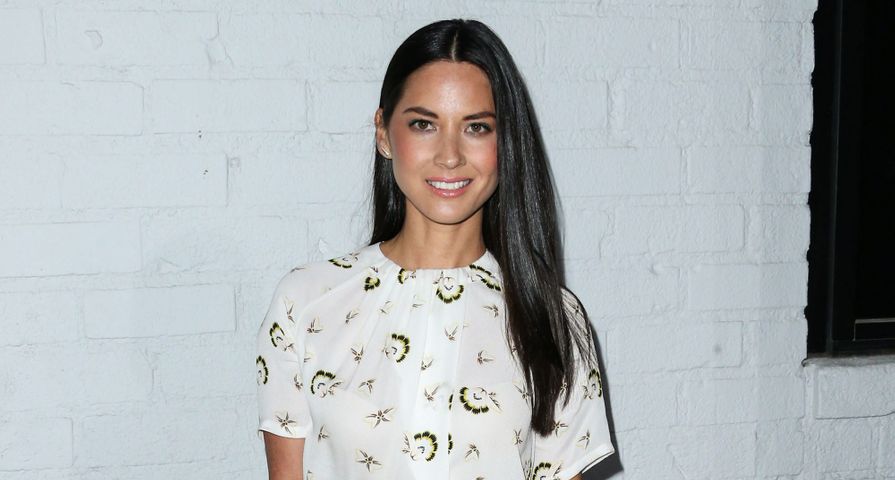 It seems we all have a little something that qualifies as an addiction or obsession. Celebrities are no different, and like the regular folks who pay for their celebrity services, some people have some really strange afflictions and pleasures. We won’t dally with things on this list like drug and alcohol addictions–that’s so cliche. We’re gonna dive right into the sea of strange and dig up some addictions from well known celebs. Some you may have heard about, others you definitely haven’t!

Donald Trump seems addicted to a lot of things, bad hair being one of them. Aside from plucking that low hanging fruit, there are other things. Things that would make you think, “This guy should never be president!” if you weren’t already of that mindset. Donald Trump is a bit of a germaphobe, and he is not a fan of shaking hands with a bunch of strangers, especially if they might be a little… germy. Donald is obsessed with carrying, and addicted to using hand sanitizer. It’s reported that all of his assistants keep it on them, and it’s everywhere in his business world from transportation modalities to suit pockets. Now, let’s imagine The Donald as Commander in Chief, shaking hands at an appearance, and his likely refusal to shake hands, or hold babies who might have gone boo boo in their diapers. Ain’t happenin’.

Jennifer Aniston is about as normal as someone gets in the world of celebrity. She has rolled with every punch that has come her direction, and she has done it with tremendous grace. Tremendous. Grace. When it comes to strange things about Jen, there aren’t a lot. She does appreciate the finer things in life. She lives within The Zone Diet by Dr. Barry Sears. She does enjoy traveling and that’s where we find the “strange.” When Jennifer travels, she has an odd, ritualistic act that she must perform, based on some superstition. Whether this was passed down, or she developed it on her own, we don’t know. When she steps onto a plane, she must do so with her right foot first, then tap her foot three times on the cabin floor. You can’t argue with her safe flight record.

Jack Black used to love cigarettes. Loved ’em. They were his thing. His bad thing that kept him from doing other bad things, because he had that bad thing. That’s an addiction that many people share, and it’s completely unhealthy. In order to combat the health issue, and get the influence of ciggys out of the household, Jack switched up his addiction after he and his wife began having children. Now, Jack is has replaced his addiction to cigarettes, with an addiction to the antioxidant laden green tea. And he likes it cold. Seriously, he drinks it all the time. Is too much green tea bad for you? Not really. It’s a natural DHT inhibitor in men, so that leads to healthier everything, including the old prostate. Maybe that’s why Jack’s skin is looking so radiant these days.

Cameron Diaz. She’s another celebrity who boasts a golden reputation in the business. So much so, she doesn’t really have to employ a team to push her face out there on the daily in order to have more than enough good scripts coming across her desk. Cameron is known for loving to travel, and spending her money on bringing her friends along. That could be a strange addiction, but for Cameron, her addiction is a little less predictable. She loves the links–as in golf. This wasn’t just something the Farrelly Brothers tossed into There’s Something About Mary… Cameron is a golf fanatic, and an obsessive player. She wasn’t joking when she suggested a round of 36. She plays all the time, and has described the sport as being her crack cocaine.

This one, you may have heard about. Jesse is often asked about his strange addiction/obsession in interviews, and he’s rather candid in talking about it. Jesse has basically become a crazy cat lady. He attributes his love for stray cats to some strange guilt, all brought on by his success in the entertainment industry. Maybe this is more of an impressive campaign to end cat homelessness, but Jesse has strays–of the adopted variety–moving into his place at all times. He tries to keep a limit on the number of cats that he keeps, but he’s a tender-hearted fellow, and when a cat needs a home, a cat needs a home. Regarding his overall obsession with cats, his residence is full of cat related paraphernalia… and probably several Cat Stevens albums.

This next one isn’t so out of the ordinary. You see Kanye West, and you immediately think that his addiction is the same as Narcissus himself. In fact, Kanye is so much into seeing himself, rather people… doing it. Kanye has openly admitted to be addicted to sex and porn, and that pretty much says it all. That’s not such a strange addiction, but the fact that he has been so comfortable in suggesting that he’s addicted to it? That’s really strange. We’re not sure how this fits into his professed faith, but his actions pretty much speak to that anyway. So, this pretty much lays the debate to rest on how he learned who Kim Kardashian was, doesn’t it? We have to wonder if this will change as Kanye’s little girl becomes of age, and he sees her become “objectified desire” of others. Kanye may implode.

Cheryl Cole is certainly no Kanye West on the world stage, and she hasn’t sold to the extent that he has, but she does have her own strange addiction… and it’s a little healthier than Kanye’s. Cheryl attributes her beautiful skin, and insanely healthy hair to her addiction. She’s all about the carrot–carrot juice to be specific. It’s more than a regimen, according to people close to Cheryl. She’s gotta have it. Yes, carrot juice is full of nutrients, and it shouldn’t be substituted for water. However, when ingested as several small glasses per day, it can offer incredible, healthful results. Carrot juice is also one of the best, most balanced ways to ingest vitamin A and beta-carotene. Don’t drink too much, however, or you’ll turn orange–kidding–but you can ingest too much. So, do like Cheryl does: several small glasses a day.

Robert Pattinson looks like a pretty health dude, but his looks and health won’t last long if he’s being truthful about a couple dietary addictions. According to Robert, he is addicted to Diet Coke. Bad news, Rob. There’s something terrifying about drinking a “beverage” that will take the rust off your porcelain toilet bowl–a beverage closer in acidity content to battery acid than it is close to water. Rob doesn’t just drink Diet Coke on occasion. Rob drinks it in lieu of water. There’s no way to prove or disprove his suggestion that he once went through 300 cans in a single week, but if that’s the case–no pun intended–we offer our condolences to Robert’s kidneys now. In addition to his “coke” problem, Robert also claims to be addicted to Cinnamon Toast Crunch cereal. He claims it’s pretty much the only thing he ever wants to eat.

What’s Olivia Munn doing at the top of this list? Her addiction better be something really strange. Don’t worry: it is. Olivia’s addiction is so strange it has been characterized, and given a medical term: trichotillomania. What exactly is that? People deal with stress in different ways. Some people bite their nails, some people drink too much, some people sleep to cope… and some people–including the beautiful, Olivia Munn–yank out their eyelashes. Not eyebrows, people. Eye lashes. Trichotillomania is classified by any hair being pulled from the body due to stress, and it’s a behavioral disorder. Scalp, eyebrows, eyelashes, short and curlies… seriously…when Olivia stresses, she’ll reach up with a couple fingers and begin to pluck. She’s found relief through hypnotherapy in the past, but it comes and goes in waves. According to Olivia it doesn’t hurt, but it hurts us to think about it.