9 Celebrities Who Were Friends Before Starring On A Show Together 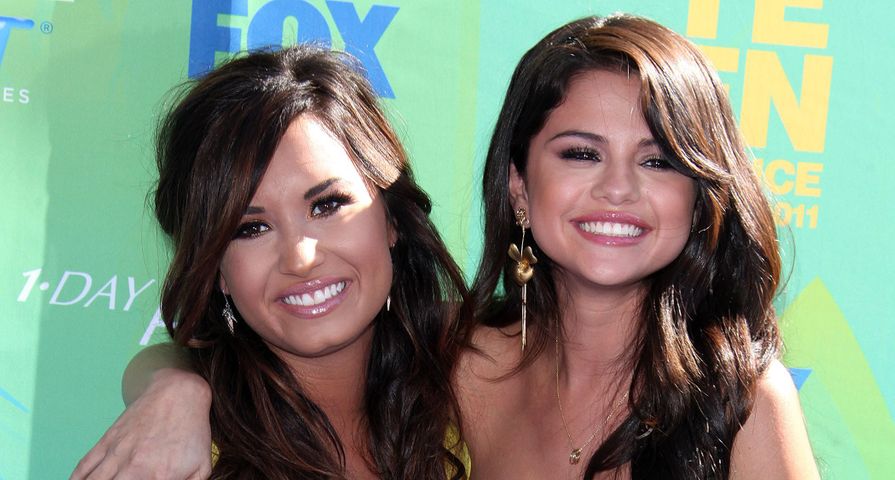 There are plenty of unsuspecting friendships in Hollywood; some are surprising, while others not so much, especially for actors who’ve starred on a series together. These working relationships can last years! Plus there’s the fact of and just how ‘small’ Hollywood’s social scene really is, but what is more interesting are those who knew each other before fame was ever a factor. Check out these 9 celebrities who were friends before they ever starred on a show together!

These two Australian actresses are most famous for their work together on The Vampire Dairies and then The Originals where they played on-screen enemies. What many people don’t know is that not only are they actually friends in real life, they’ve known each other for a long time! Phoebe Tonkin and Claire Holt first met back in 2006 on the set of H2O: Just Add Water, a show about mermaids. After a 12 year friendship, they were reunited on the set of both CW shows. A true sign of their friendship, they lived next door to one another when they moved from Australia to Los Angeles. A quick scroll through either of their social media showed these two hung out a lot together both on and off screen!

This on-screen mother-daughter duo were friends for a long time before they found fame on ABC’s Once Upon a Time series. Jennifer plays the role of Emma Swan, the daughter of Snow White, played by Ginnifer Goodwin. In an interview with TV Line, Morrison said she and Goodwin had been friends for a long time prior to working together. “We’d been friends for years before this project, so it’s one of those dream situations where, going in, you know you’re working with somebody you already care about a lot and know a lot about.” As child actors people often confused them because their names are similar, so they would pull pranks and do interviews as one another!

Before they appeared alongside each other in the High School Musical, Zac Efron and Ashley Tisdale had been friends for about three years. Of course, starring together on the TV trilogy contributed to making their friendship even stronger and the two have stayed in touch ever since. According to Tisdale, she met the Neighbors actor through a mutual friend who appeared on Summerland with him. While he wasn’t at her wedding back in 2014, he wished her well and the two have reunited since to do the Ice Bucket Challenge together!

Paul Rudd had a five-episode arc on Parks and Recreation, a show his good friend Adam Scott’s starred on from 2010 to 2015.  The two comedic actors have been friends since they were teenagers. In an interview with Seth Meyers, Rudd said he was 21 when he first met Adam, who was 18 at the time — they were both enrolled in acting school. They’ve been really good friends since and are also close with fellow actor Jon Hamm, who Rudd met while he was a freshman in University and Hamm was a junior in high school. Since their careers have all taken off in the same direction, they’ve all starred on Parks and Recreation together and done numerous films.

Former Glee actors Lea Michele and Jonathan Groff met in 2008 while they were both auditioning for the musical Spring Awakening. They both landed their respective parts which happened to be on-stage lovers! They reunited the following year on the set of Glee where Michele took on the lead role of Rachel Barry and Groff joined midway through season 1 for a 14 episode arc to play Jesse St. James. Their close working relationship has kept their friendship strong. “We get each other better than any two people I think on the planet,” said Michele in an interview with Teen Vogue.

These two comedic actresses have one of the most widely known female friendships in Hollywood! Not only does their friendship predate working together, but it also predates fame entirely. They first met back in 1993 while taking an improv class in Chicago and became fast friends. Tina Fey and Amy Poehler would later go on to star on Saturday Night Live together. Tina joined in 1997 and Poehler followed closely behind in 2001. They have since co-hosted the Golden Globes together and co-starred in films like Mean Girls, Baby Mama and Sisters!

B.J. Novak and John Krasinski starred on The Office together for a whopping eight years, but their friendship predates that by a mile! During an appearance on The Ellen DeGeneres show, Novak revealed that he and Krasinski used to play in little league together and both went to Newton South High School in Massachusetts before teaming up as Ryan Howard and Jim Halpert on The Office! “John Krasinski and I have known each other our whole lives in the weirdest most coincidental way. We played little league together. […] We showed up at the final audition, call back for The Office and there he is for Jim and I’m there for Ryan. It’s so bizarre that sometimes I think if I ever woke up and the whole Office had just been a dream, I’d be like ‘I should have known, like, you know who played Jim? John from high school.’ It’s that weird,” he said.

Disney stars Selena Gomez and Demi Lovato have known each other since they were little girls! They met while appearing on the TV show Barney & Friends, but they were so little at the time we’re not quite sure if they even remember it! Gomez and Lovato both went on to star on their own shows; Gomez was on Wizards of Waverly Place and Lovato on Sonny With a Chance. They reunited later in their careers for the TV movie Princess Protection Program and now that they are well into their 20s and have developed careers in the music industry, they’ve grown even closer!

Jimima Kirke and Lena Dunham are best known for their co-starring roles on the popular HBO show Girls. Dunham played the role of Hannah Horvath and Kirke was Jessa Johansson, one of Hannah’s closest friends. Thankfully they didn’t have to do too much research because they were already close friends in real life before they were cast as on-screen besties! In fact, Kirke’s character was developed off her real-life personality. They first met while attending St. Ann’s School in New York City, and even before working together on Girls, Kirke starred in Dunham’s indie film, Tiny Furniture. As if that all didn’t prove they are super close, Dunham even let Kirke tattoo her! The bulldog on her ribcage is the work of her high school bestie!