9 Celebrities Who Were Caught Shoplifting 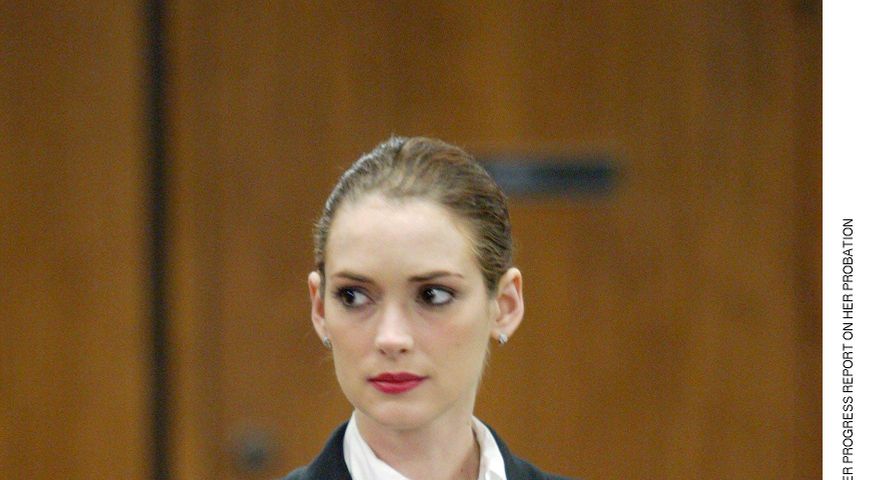 Celebrities have way more money than most of us could ever dream of but, sometimes, that’s not enough. Some of them would rather not spent their money and instead go for a five-finger discount. We have a list of 9 celebrities who obviously had enough money to pay for anything they needed, but chose to shoplift anyway.

Farrah Fawcett was arrested twice for shoplifting in 1970 after she was caught taking clothes from two different boutiques. She was convicted both times on the lesser charge of trespassing and fined $125 and $265 for each incident. She later explained she had been trying to return merchandise, but the stores refused, so she decided to take justice into her own hands.

Kim Richards was caught shoplifting at Target back in August 2015 for attempting to steal over $600 worth of merchandise after security spotted her taking several items. She was arrested and charged with one count of petty theft and was sentenced with 36 months of probation, 300 hours of community service, 52 Alcoholics Anonymous meetings, and she was also banned from visiting that specific Target location.

Peaches Geldof was accused of shoplifting on more than one occasion. There was an incident in 2006 when she tried to walk out of an Urban Outfitters with a bulky coat that still had the security tags on it. She claimed that she had paid for the coat and that the cashier had forgotten to take the tag off. Security guards questioned her for an hour and a half , but police were not called; however, five years later, she was accused of shoplifting again when she allegedly was caught leaving store called Three Amigo with a dress she didn’t pay for and then she was caught stealing £70 worth of makeup from a Boots pharmacy.

Lindsay Lohan found herself in hot water back in 2011 when a Venice jewelry store accused her of stealing a $2,500 necklace. She was charged felony grand theft and initially pleaded not guilty. She called the allegations bullsh-t, claiming that the store lent the necklace to her and her stylist was supposed to return it. She struck a plea deal with prosecution and pleaded no contest to misdemeanor theft and was sentenced to 120 days in jail.

In 2001, Winona Ryder was arrested at Saks Fifth avenue in Beverly Hills after store clerks saw her place an estimated $5,500 worth of clothes and accessories in her bag, cut the tags off in the fitting room and then try to walk out. She was charged with four felonies for grand theft, burglary, vandalism, and possession of a controlled substance, and was found guilty of three of the four charges, but was acquitted of the third felony charge, burglary. She received three years’ probation, 480 hours of community service, $3,700 in fines and $6,355 in restitution to the Saks Fifth Avenue store, and was ordered to attend psychological and drug counseling. In 2004, the judge reduced her felony convictions to misdemeanors.

A year before Stephanie Pratt joined the cast of The Hills, she was arrested for shoplifting $4,000 worth of designer clothes while she was high on crystal meth. “I woke up handcuffed to a hospital bed. When I landed back in L.A., Mom took me back home and I went upstairs to my old bedroom and I felt so much shame,” she said on Made in Reality.

Tila Tequila was caught stealing snacks from a Los Angeles area CVS. She admitted to it on MySpace, claiming that she lost her wallet and was hungry, so she decided to try and steal some gum and chips. She really thought that she could get away with it, but she was caught red-handed.

Amanda Bynes was caught shoplifting at Barney’s back in 2014. She reportedly left the store with a $200 hat that she didn’t pay for. Police were called, but no charges were filed. Instead, Bynes signed a no-trespass affidavit, banning her from the store. However, the former Nickelodeon star claimed that it was all a misunderstanding. She claims that the guards knew that she was leaving and that she was coming back. “I walked out of the store, and the sensor went off,” she told People. “I didn’t realize I was wearing my cap. And the cap – I was purchasing it, and I was actually still shopping.”

Britney Spears reportedly shoplifted a wig from the adult shop Hustler back in 2007. She got into an altercation with staff when she tried on a pair of underwear in front of customers. Although she ended up paying for the underwear, she snatched a wig from a mannequin on her way out.