9 Celebrities Who Were Born To Teen Moms 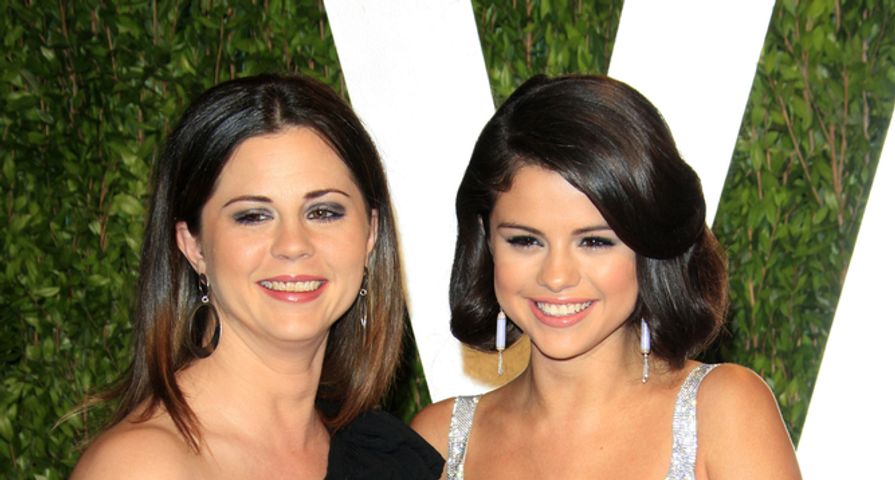 Sometimes a teen pregnancy can be a good thing – just ask these teenage mothers who gave birth to some of the most famous celebrities in Hollywood. Although many of these families struggled to make ends meet prior to getting on the fame train, we’d say that things ended up working out pretty well for everyone involved – well, almost everyone. Not every story has a happy ending, but enough of these definitely do. Here are 9 celebrities who were born to teen moms!

50 Cent’s mother was only fifteen when she had him. She raised him herself, supporting him with the income she made as a cocaine dealer, until her death in 1983. She reportedly died after being knocked unconscious by a drugged drink she consumed and, because the gas had been on in her apartment and the windows were closed, she died. 50 Cent then went to live with his grandparents. Like his mother, he was also a drug dealer when he was a teenager.

Eminem was born to a teenage mother. His father walked out on the family while he was still an infant, so his mother, Debbie, raised him on her own. Sadly, Debbie was unable to hold down a job for more than several months at a time, so the family lived in poverty. Eminem spent a large part of his childhood living in public housing projects and being shuffled between Missouri and Detroit, Michigan.

Justin Bieber’s parents were only 17-years-old when they had him. Although they initially maintained a relationship when he was born, they soon broke up and his mother went on to raise him as a single mother. Bieber’s father didn’t have much to do with his son until he found out that he was famous. As soon as the Canadian native made it big, his father quickly left his family in Canada and joined the young pop star’s entourage.

Oprah’s mother was an unmarried teenager when she had her. According to the media mogul, her mother’s pregnancy was the result of a single sexual encounter and it wasn’t long after that the couple broke up. Oprah grew up in poverty on her grandmother’s pig farm and continued to live in poverty with her mother in an inner-city neighborhood in Milwaukee. Throughout her childhood and adolescence, her mother continued to have children even though she couldn’t afford them.

Like her on-and-off boyfriend Justin Bieber, Selena Gomez is also the product of a teen pregnancy. While it remains unclear how old her father was when she was born, the singer-actress has said that her mother was only 16 at the time. Because of this, her mother really struggled to provide for her. Gomez wanted to wait until marriage to lose her virginity because of the hardships her mother endured as a teen mom.

Lil Wayne’s mother was only nineteen when she had him. His father left the family a couple of years later and never came back, leaving his mother to raise the rapper on her own. Lil Wayne ended up following in his mother’s footsteps – he had his first child at the age of 15; however, unlike his father, he has made sure to be there for his children and be the dad that he never had.

Jared Leto’s mother was a teenager when she had him and his brother. During his acceptance speech at this year’s Oscars, the actor mentioned how humble his beginnings were. According to him, his mother was a high school dropout and a single mother; however, she encouraged him and his brother to be creative, work hard and dream. We actually found photos of Leto with his mother and she looks like she is only a few years older than him!

Jamie Foxx was reportedly born to teenage parents. When their marriage fell apart, the young actor was given to his mother’s adoptive parents and they adopted him and raised him as their own son. Foxx did not have much contact with his birth parents growing up and, at this point, he is still getting to know his biological mother and trying to get to know his father. According to the Oscar-winning actor, he has had more difficulty trying to get to know his father.