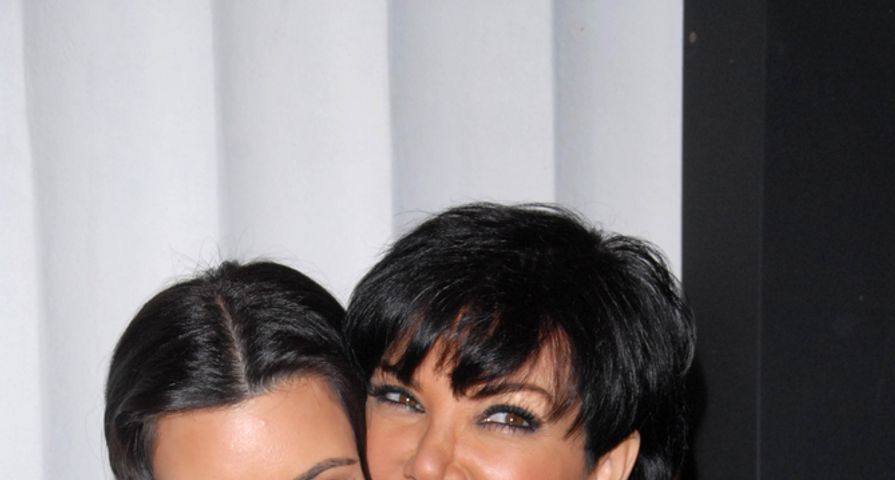 Kris Jenner is the mastermind behind the Kardashian-Jenner family’s success. The family, with the exception of Kim, was totally unknown when the family’s reality TV show “Keeping Up with the Kardashians” first premiered. Now, they are everywhere. It is hard to pick up a magazine or turn on the TV without seeing them. Part the reason for this is they will do anything for fame. There is no product they won’t endorse and there is nothing that they won’t do to increase ratings for their show. The entire family is involved in this, but they learned this type of behavior from Kris. She has practically sold her soul for fame and we have the evidence to prove it – check it out!

According to Kim Kardashian, she didn’t really want to pose for Playboy, but her mother pushed her do it. She claims that her mother said: “They might never ask you again. Our show isn’t on the air yet. No one knows who you are. Do it and you’ll have these beautiful pictures to look at when you’re my age.”

Her Treatment of Bruce

The momager’s love of fame reportedly destroyed her marriage to Bruce Jenner. They had been the best of friends through a large part of their marriage; however, things between them really began to deteriorate when they landed the reality TV show. As time went on, it was clear that all wasn’t well between them. She was always criticizing his clothes, his hair and his hobbies and seemed more interested in securing ratings for their show than in being a loving wife. It was telling when the end of their marriage was featured the family’s show, “Keeping Up with the Kardashians.” Kris will obviously do anything for ratings.

Letting Her Kids Drop Out Of School

Kris Jenner allowed Kendall and Kylie Jenner to drop out of the private school they were attending back in 2012 to switch to homeschooling. They were missing too much school at the time because of their various business commitments. Bruce Jenner reportedly didn’t want them to drop out of school, but Kris calls the shots.

Showcasing Her Ex Lover on Her Reality Show

When it came time to promote her memoir, Kris Jenner started spilling the beans on an affair she had back when she was married to Robert Kardashian. Hearing the details was bad enough, but then she found a way to get Todd Waterman, her former lover, on the show. She “bumped into him” while playing tennis at his country club – how convenient!

Rob Kardashian hasn’t been on the family’s show for a while, but it sometimes feel like he still on there because his family still includes his problems in their storylines. There is nothing that Kris Jenner won’t do for ratings and this includes exploiting her son’s depression for our entertainment.

Kris Jenner went practically nude for a photo shoot a year ago. She wore a white tank dress that was practically transparent, which totally horrified her daughters. As always, they responded to the situation by making fun of her. “Why are your t*ts out? That’s so embarrassing for your life and for your soul,” Kourtney said. Kris told Kourtney and Khloe that she wanted to show them that “being 50 you don’t have to curl up and disappear, you can feel vibrant and sexy at any age,” but she could done this without exposing her breasts. She obviously wanted to put on a show.

She Competes with Her Daughters

Kris Jenner has always thought of herself as more of a sister than a mother to her daughters, so it shouldn’t come as too big a shock that she likes to compete with them like a sister would. She seems especially competitive with Kim. Back in 2014, Kris posted a picture of herself laying out in a red bikini on Instagram the day after Kim had posted a body selfie that she took while vacationing in Punta Mita, Mexco. This wasn’t the first time the momager showed her competitive streak. Just like her daughters, she posts pictures where she shows off her cleavage and she’s even attended a pole dancing class alongside her daughter Kim. It turns out that Kris can work a stripper pole almost as well as a stripper.

Rumor has it that Kris Jenner helped negotiate a deal for the sale and distribution of her daughter Kim Kardashian’s sex tape with her then boyfriend Ray J. She marketed it to an adult entertainment film company and reportedly made somewhere between $250,000 to $500,000 for brokering the deal.