Things You Might Not Know About Susan And Robert Downey Jr.’s Relationship 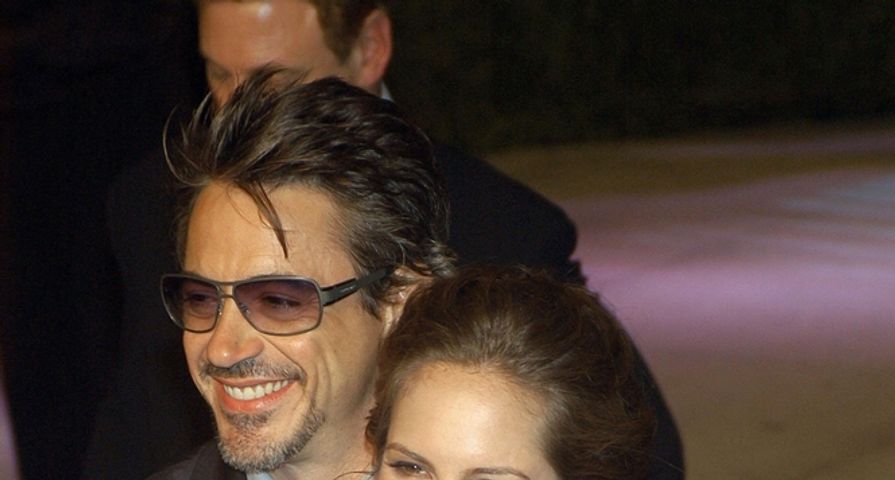 When it comes to relationships in Hollywood, few seem as solid as Robert Downey Jr’s marriage to Susan. They’ve been together for well over a decade now and, despite his past struggles with addiction, their relationship seems to contain little to no drama. Since they are such a great couple, we’ve collected 8 things that you didn’t know about their relationship:

They first met on the set of the movie Gothika in 2003, which starred Robert Downey Jr. and Halle Berry. Susan was a producer on the film. According to her, it wasn’t love at first sight. In fact, she thought he was weird. “We were up in Montreal prepping for Gothika, and we had lunch with the director and Halle Berry,” she told The Hollywood Reporter. “Everybody else ordered Japanese, but Robert told us how oatmeal was the ‘superfood.’ He brought his own packets of oatmeal to have at lunch. And he had this box of various herbs and stuff. And then he started doing these yoga moves. I mean, he was interesting but weird.” 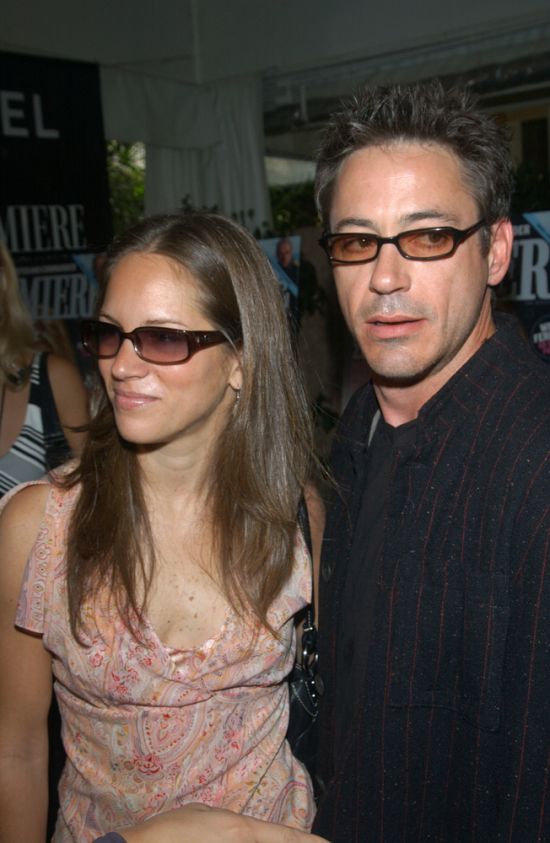 They had their first date while they were working on the set of Gothika. They’ve been working together for a few weeks when he asked her to grab dinner with him while they were at the gym working out. It was while she was waiting for him in the lobby that she began to notice her attraction to him. “I remember looking up at him and suddenly thinking, He’s really cute,” she told Harper’s Bazaar. Their romance blossomed quickly after that. 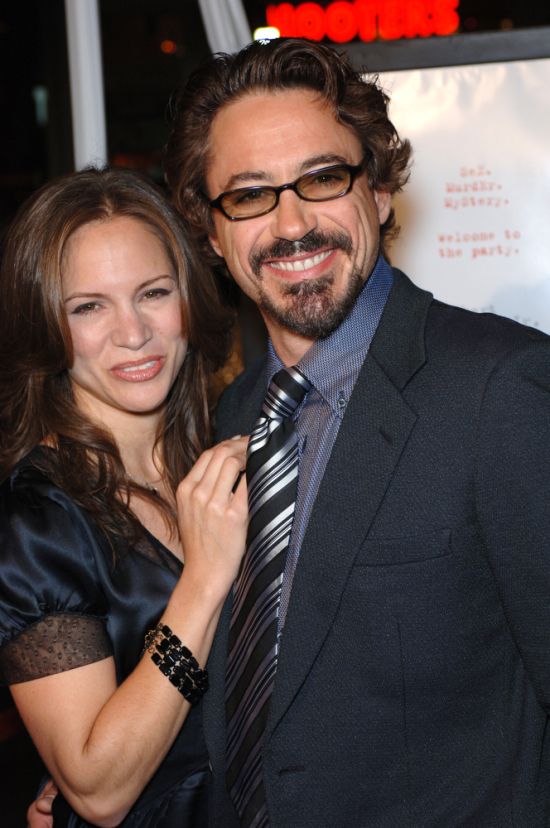 When Robert and Susan were first dating, he wasn’t completely finished with his love affair with drugs, so she told him it wasn’t going to work unless he was clean. It was after this that he threw the remainder of his drugs into the ocean and decided that he was done for good. “I think he saw what we had,” she told Harper’s Bazaar. “There was something magical there, something we couldn’t put our finger on. He always says that we became this third thing when we got together – something that neither of us could have become by ourselves – and I think that’s true.” 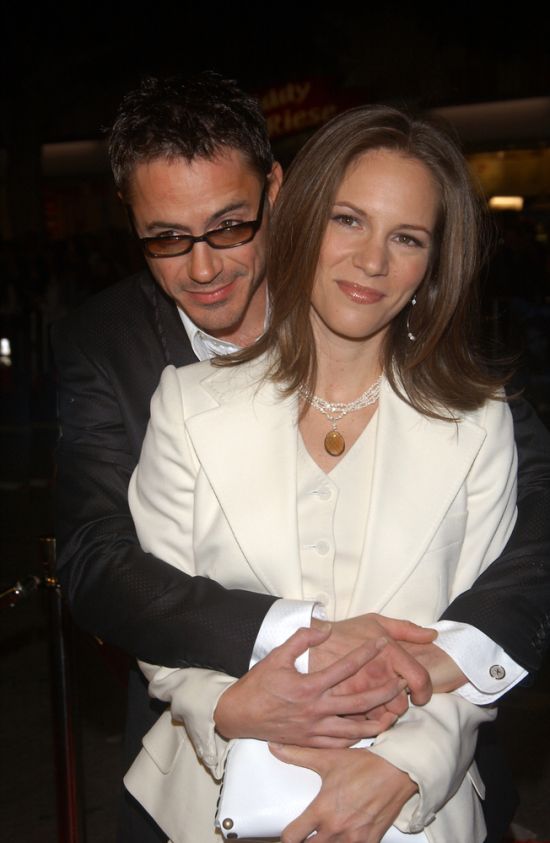 After just six months of dating, the Oscar-nominated actor proposed to his producer girlfriend. He was still legally married to his first wife Deborah Falconer with whom he shared one son, Indio, at the time. Susan didn’t immediately accept his proposal, however, and when she did, she insisted on a long engagement, which ended up lasting two years. 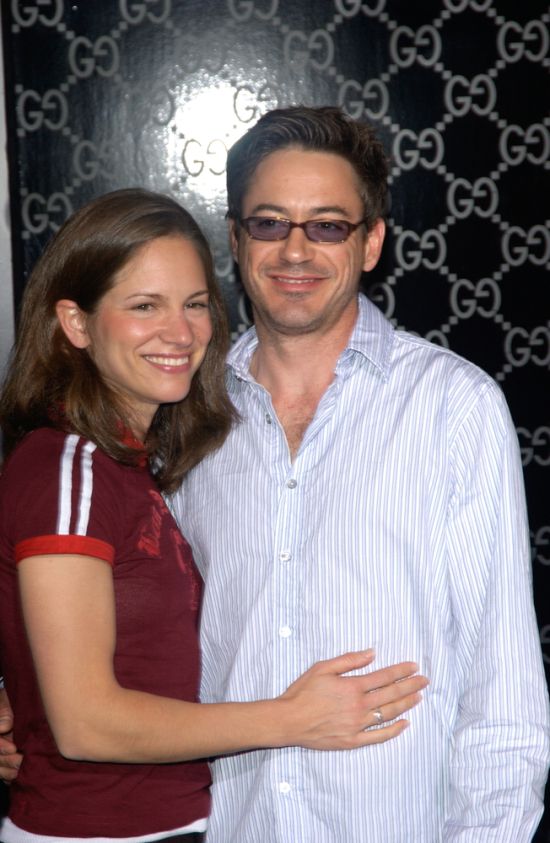 They were married in a Jewish ceremony on August 27, 2005 at the Windy Dunes estate in Amagansett, New York. Over one hundred guests attended the ceremony, including Keanu Reeves, Sting and Billy Joel. Susan wore a silk Vera Wang gown with a plunging neckline and Downey Jr. wore a Ralph Lauren pinstripe suit with a purple scarf and two-tone van sneakers. After the wedding, they left for their honeymoon in England.

When they got together, they made a promise not to spend more than two weeks apart, so they tried to work together as often as possible. Then they built their own production company, Team Downey, and it became a no-week rule. “Our feeling was, if we wanted to spend time together, have a life together, then we should just go ahead and make movies together,” she said. 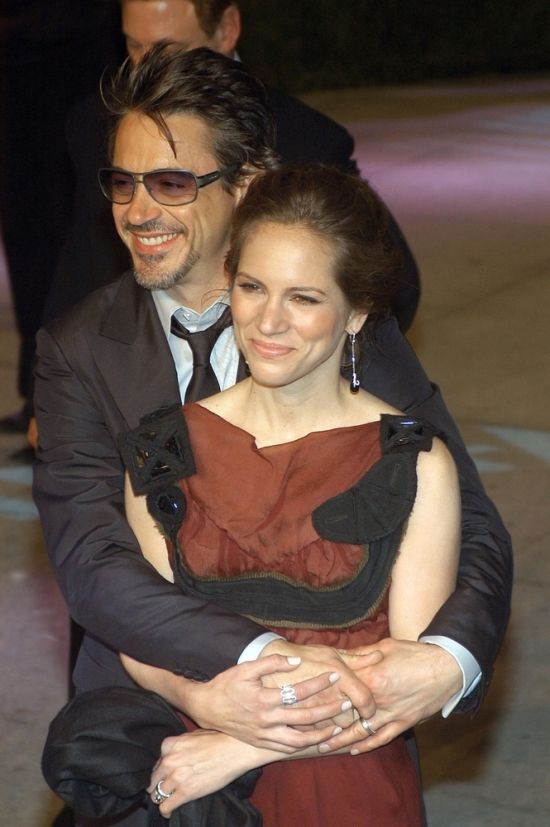 Susan and Robert have two children together – a son Exton Elias, who was born on February 7, 2012, and a daughter Avri Roel, who was born on November 4, 2014. Before they had the kids, they adopted a couple of cats, who they named Montgomery and Dartanian. “We sort of rescued them from a bush in West Hollywood that a friend of ours found,” Susan said. 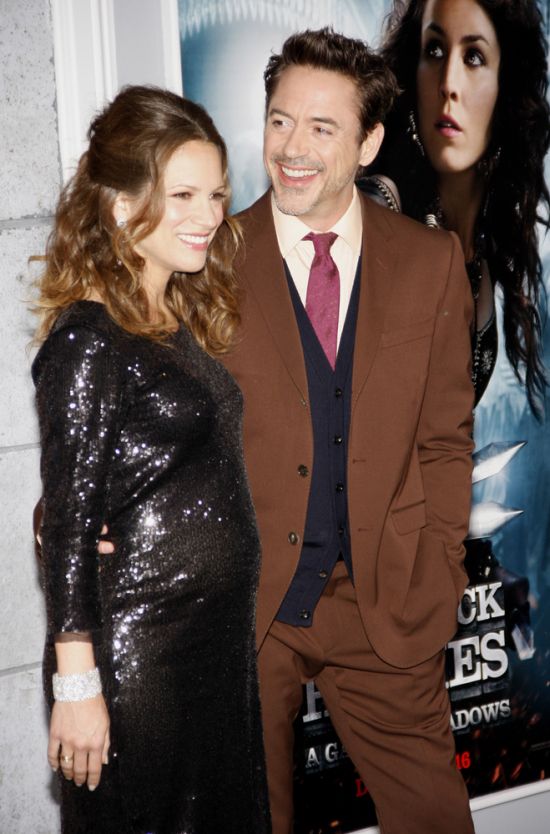 They seem to balance each other out. Guy Ritchie, who worked with them on the set of Sherlock Holmes, described them as “the greatest illustration of a symbiotic marriage that [he’s] ever seen.” “It’s a real yin and yang, and it’s made him a joy to work with. Robert would be a pain in the ass if he didn’t have Susan to police him,” he said. According Richie, Susan also helps Robert to “own” his dark side. “He battles with it now; there’s no denial or suppression going on. He’s fully engaged in life,” he said. 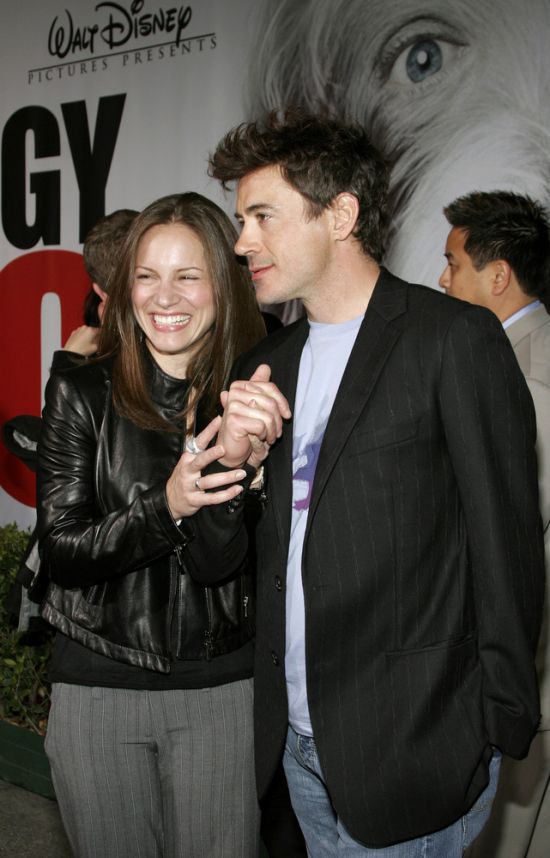