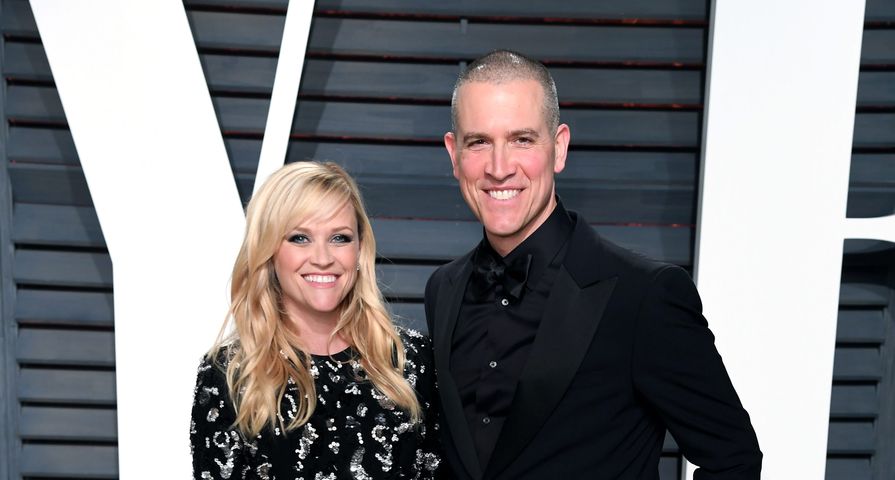 Reese Witherspoon and Jim Toth are one of Hollywood’s cutest but also most elusive couples. They’ve done a good job of staying out of the spotlight ever since they went public with their relationship over seven years ago. The Oscar-winning actress and her talent agent husband are celebrating seven years of marriage, so in celebration of that, here’s a look at 8 things you probably didn’t know about their relationship!

Surprisingly, this love story started with a drunken encounter! In an interview with Elle, the Big Little Lies actress revealed how she first met her husband, Jim Toth, and it’s a pretty funny story! According to her, an extremely drunk guy started hitting on her when Toth intervened. “He was like (slurring), ‘You don’t know me.’ And I was like, ‘Yeah, I know. I don’t know you!’ Jim came over and said, ‘Please excuse my friend. He’s just broken up with someone.’ And I remember thinking, his friend is such an a–, what a jerk. And that Jim was a really good friend, pulling him out of that situation,” she said. Witherspoon was single when they met, she’d just ended her relationship with Jake Gyllenhaal in late 2009.

It can be extremely difficult to maintain a relationship while in the limelight and it’s even harder when both individuals are celebrities! After a few star-studded relationships with the likes of Ryan Phillippe and Jake Gyllenhaal, Witherspoon moved on to talent agent Jim Toth. She opened up to Glamour about how different it is dating someone who’s a “non-celebrity.” She said: “I have a little perspective on this. I wouldn’t say it’s easier. Every relationship has its own dynamic. And I don’t want to disparage any of the other relationships that I’ve had that were meaningful and wonderful. But what I’m finding out is that it’s very comfortable to be with somebody who understands my career, but doesn’t do what I do. He’s a great guy. He’s wonderful.”

BDG / Rex Features
Things You Might Not Know About Harry Connick Jr. And Jill Goodacre's Relationship

Witherspoon and Toth tied the knot in a star-studded ceremony on her ranch in Ojai, California, back in 2011. Some of their guests included celebrities like Gwyneth Paltrow, Chris Martin, Sacha Baron Cohen, Robert Downey Jr., and Tobey Maguire. They welcomed their first child, Tennessee James, a year and a half later. Toth is also step-father to Witherspoon’s two children from her previous marriage to Ryan Phillippe, Ava, 17, and Deacon, 13.

5. He Motivated Her to Produce

In an interview with Harper’s Bazaar, Witherspoon credited her husband as the one who pushed her to take that extra step in her career and get behind the camera. “He said, ‘You should produce movies. You read more books than anybody I know. You should just buy some of them and turn them into films,'” said Witherspoon.

In a sweet post on Facebook, Witherspoon gushed about her husband and listed off just a few reasons why she’s so thankful to have him as her partner. “I would not be where I am in this life if I didn’t have his constant encouragement and complete support. He changes diapers, makes carpool runs and always has time to give me a much needed pep talk…(He makes a really good latte too!)” she wrote.

Reese Witherspoon is constantly gushing about her husband, and her interview with Glamour back in 2014 was no different! She referred to Toth as her “number one fan” and talked about how she had to get to a good place with her own self before she could in a relationship. Thankfully, that definitely happened! “Well, I have to say a very healing part of my life is my wonderful husband, Jim. It’s really wonderful being with somebody who supports me, who loves me, who is my number-one fan. That is such an incredible experience. You have to be ready for those things. I had to be in a place where I felt all those things about myself,” she said.

Fans were shocked when the sweet Southern actress and her husband were arrested in the spring of 2013. The two were pulled over after their car was seen weaving across a double line while driving down the street in Atlanta, Georgia, in the early hours of the morning. Witherspoon and Toth were both briefly jailed under the suspicion of driving while intoxicated and disorderly conduct. Witherspoon was handcuffed after she disobeyed instructions from the officer and even tried to argue with the cop about who she was and told him he was “about to find out who I am.” They both pleaded no contest in court. Witherspoon was ordered to pay a fine of $213 and Toth was sentenced to 40 hours of community service, 12 months of probation and ordered to enroll in an alcohol education program.

While it’s not that hard to be taller than Southern belle, Reese Witherspoon, who stands at only 5 feet two inches, her husband Jim Toth is almost a foot taller than her! Toth measures up at 6’1 which means these two have a huge height difference between them — luckily Witherspoon loves wearing heels!