Home » Entertainment » Celebrities » Things You Might Not Know About Michael J. Fox and Tracy Pollan’s Relationship

Things You Might Not Know About Michael J. Fox and Tracy Pollan’s Relationship 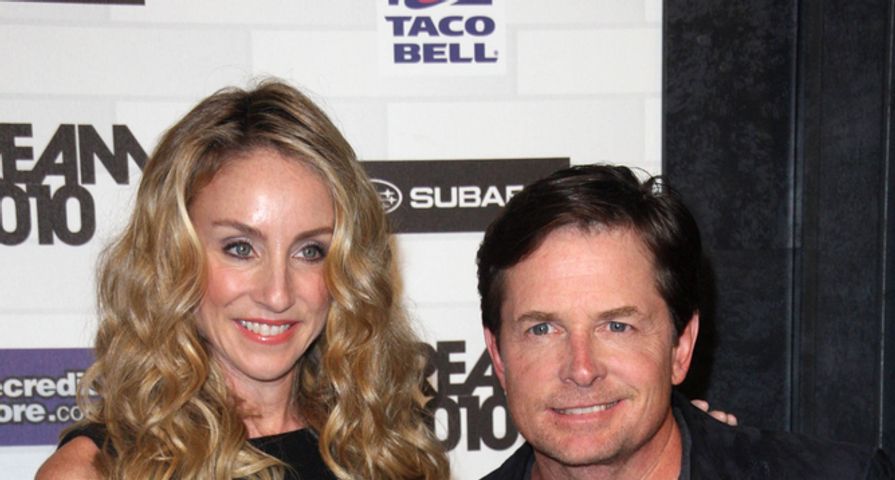 Michael J. Fox and Tracy Pollan have been married for almost three decades now. They met in the mid ‘80s and have been going strong ever since. Even when life throws them a curve ball, these two always find a way to make it work because, for them, their relationship and family are the most important thing. Since they are probably Hollywood’s most solid couple, here are 8 things you didn’t know about their relationship:

They met on the set of Family Ties. She played his character’s girlfriend, but in real life she already had a boyfriend. A couple of years later, they met again on the set of Bright Lights, Big City, and that’s when they began dating. The next spring I was casting a movie in New York, and I saw Tracy, who had come in to read for a part. I said, ‘How’s so-and-so?’ She said, ‘We’re not together anymore.’ ‘I was like, (a) You have the job and (b) let’s have lunch.’ By the time the movie was finished, we were on vacation together – and less than a year later we were married,” Fox told Oprah.

During the first year of their relationship, there were rumors that Fox had broken up with Pollen and was dating his Family Ties co-star Courteney Cox. “It’s really funny,” Fox told People in 1987. “People always want to read there’s romance when it’s just two actors having a good time working with each other. I’m having a great personal relationship with Tracy and a great professional relationship with Courteney.”

After a 14-month courtship, the couple was married in front of 70 guests at the West Mountain Inn in Arlington, Vermont on July 16, 1988. The couple had stayed at the inn the previous October while farm shopping and had fallen in love with its charm. Some of the celebrities who attended included Woody Harrelson, Justine Bateman, and Dennis Quaid with Meg Ryan. Michael and Tracy spent their honeymoon in the Caribbean and Martha’s Vineyard.

Fox and Pollan have four children together, son Sam Michael (born 1989), twin daughters Aquinnah Kathleen and Schuyler Frances (born 1995), and daughter Esmé Annabelle (born 2001). The couple has different parenting techniques, but it works. “She’s very orderly, which is great. And I’m more laissez-faire,” he told Good Housekeeping. “To me, if one of our kids reads a book for school and I can have a conversation with her about the book and I sense that she gets what the book is about, then it doesn’t really matter to me if she gets an A on the paper. What I’m sending them to school for is so they read and they get it and they write. Not necessarily that they’re able to put that out in five paragraphs with good topic sentences and a strong thesis and an outward-facing conclusion, whereas that’s important to Tracy that they do that. And that’s great.”

When it comes to their outlooks on life, Michael and Tracy are opposites. “I’m an optimist. I’m famous for my positive outlook and I expect the best things to happen. Tracy’s a realist and a bit of a pessimist and a bit of a hypochondriac. So, she gets a blister on her toe and the foot’s coming off… I say, ‘Oh, well!’… she doesn’t want to hear that,” he told Ellen DeGeneres.

The couple raised their four children – Sam, Aquinnah, Schuyler and Esme – in a sprawling estate in Sharon, Connecticut, which rested on 80-acres. Living in Connecticut, as opposed to L.A., was a better fit for the family. “If we’re [in L.A.] all the time, our life is about me,” the Back to the Future star told USA Weekend back in 1997. “I don’t want my family to be about me. I want it to be about us.” They have also owned a home in Quogue, New York, and Aquinnah, Massachusetts, and currently own an apartment on the Upper East Side in New York City.

These two love having their alone time. It doesn’t matter if they are just watching a show together or traveling, they make sure to make the most of it. “There are things as silly as our having television that we watch together. If I watch episodes on Showtime when she’s out of town, she’ll say, ‘I can’t believe you watched that without me!’ We have that time where we sit and watch that together,” he told Good Housekeeping. “And we do take a trip every year. We really enjoy each other’s company. This year, in New Orleans, we had a day and a half where we walked the French Quarter. Just to spend two hours going into curio shops – I wouldn’t want to be with anyone else. It’s not just romantic moments, but it’s goofy moments of buying a coffee and [learning] how to get a cab.”

1. Secret to a Long-Lasting Marriage

According to Pollan and Fox, the secret to their success as a long lasting couple is giving each other the benefit of the doubt. “There are so many times when you have arguments, when you have things come up, and it really doesn’t have anything to do with what he did, or said – it’s how I am projecting that onto myself,” she told People in 2015. “A lot of times he’ll just say to me, ‘You know who I am, would I ever say anything to try to hurt your feelings? Just give me the benefit of the doubt.’”