8 Stars You Forgot Were On Saturday Night Live 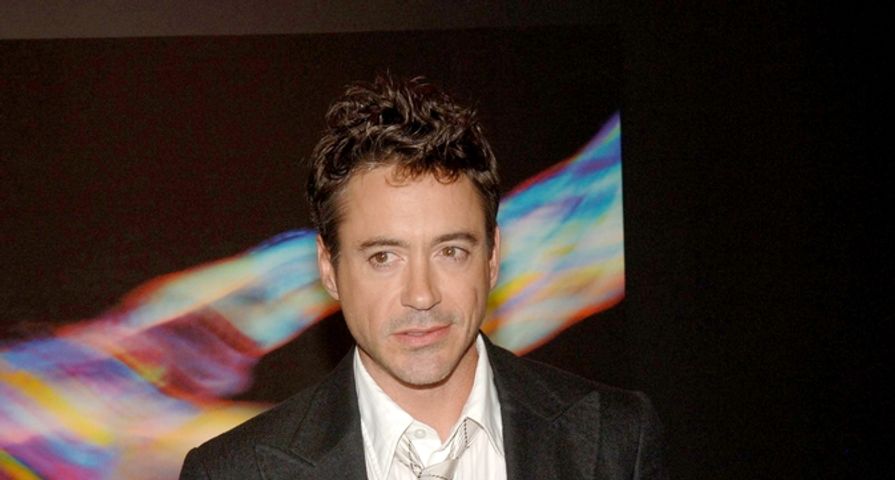 “Saturday Night Live” is about to turn 40! Next weekend the show will be celebrating with a star studded anniversary party, so make sure to tune in on February 15. Over the years, so many different comedic actors and actresses have been on the show. Many of them actually got their start there. If there had never been an “SNL,” who knows what would have launched their careers! We decided to take a strip down memory lane and find some of Hollywood’s most famous comedic actors and actresses and see which of them were cast on the show. Here are 8 stars who you probably forgot were on “Saturday Night Live!”

Eddie Murphy was a regular cast member on “Saturday Night Live” from 1980 to 1984. After he left the show, he didn’t go back. According to him, his long absence was because they made fun of him after he left.

“They said some shitty things. There was that David Spade sketch [when Spade showed a picture of Murphy around the time of Vampire in Brooklyn and said, ‘Look, children, a falling star’]. I made a stink about it, it became part of the folklore. What really irritated me about it at the time was that it was a career shot. It was like, ‘Hey, come on, man, it’s one thing for you guys to do a joke about some movie of mine, but my career? I’m one of you guys. How many people have come off this show whose careers really are fucked up, and you guys are shitting on me?’ And you know every joke has to go through all the producers, and ultimately, you know Lorne or whoever says, [Lorne Michaels voice] ‘O.K., it’s O.K. to make this career crack,’” he told Rolling Stone magazine.

Kevin Nealon was on “Saturday Night Live” from 1986 until 1995. Most people don’t recognize him from “SNL” though. They remember him from playing Doug Wilson on “Weeds.” “A whole generation of people that didn’t know me from SNL recognize me from Weeds now,” he told Rolling Stone magazine. “People recognize me once in a while and appreciate the work. It gets a little embarrassing but it’s good. If you work as an accountant, you don’t have people coming up to you in the streets saying, ‘Hey, great job on tax statements!’”

Nealon has amassed quite the acting resume; however, he still looks back on his years with “Saturday Night Live” fondly. “I enjoyed working there. It was a great experience for me. I know some people didn’t have as great experiences, but I loved the whole setup. I loved the excitement. The show has been amazing the way it’s endured all these seasons and generations almost,” he said.

Chevy Chase was one of the original cast members of “Saturday Night Live;” however, he left the show after only one season. According to him, he wanted to focus on films and spend more time with his girlfriend, Jacqueline Carlin. She didn’t want to move to New York City, so he moved to Los Angeles for her. In spite of this, he made a few appearances during season two of “SNL.”

Since leaving the show, Chase has hosted “Saturday Night Live” eight times; however, he hasn’t hosted the show since 1997. He was reportedly banned after that because of how poorly he had treated the cast and crew. Although he hasn’t hosted since, he was invited back for the 25th anniversary special in 1999 and was interviewed for the 2005 Live From New York special. According to him, if he knew that “SNL” would have lasted 40 years, he probably would never have left; however, we’re not sure how the cast and crew would have felt about that!

Julia Louis-Dreyfus was part of the cast of “Saturday Night Live” from 1982 to 1985, which was a dream come true for her at the time. She was only 21-years-old when she was first cast and still a student at Northwestern University. While she was pretty excited about the opportunity initially, it ended up becoming more of a nightmare than a dream come true. “I did not adapt well. I was pretty miserable,” she said. “Plus, there were a lot of drugs, and I didn’t realize everybody was on drugs.”

After leaving “Saturday Night Live,” it took another five years for her to finally catch her big break. In 1990, she was cast as Elaine Barnes on “Seinfeld,” which catapulted her to superstardom. Her performance on the series earned her a Golden Globe Award, five Screen Actors Guild Awards and five American Comedy Awards. She currently has a starring role on the HBO show “Veep.”

During the 1993-94 season of “Saturday Night Live,” Sarah Silverman was a writer and featured performer. She didn’t end up being a good fit though. She only appeared in a few sketches and many of her jokes were either rejected or never used. Adding insult to injury, the show’s producer Lorne Michaels fired her via fax.

According to Bob Odenkirk, a former writer on “SNL,” Silverman didn’t fit in because she has such a strong voice. “I could see how it wouldn’t work at ‘SNL,’ because she’s got her own voice, she’s very much Sarah Silverman all the time. She can play a character but she doesn’t disappear into the character – she makes the character her. She doesn’t really do character voices. She puts out stuff that she would appreciate and then you can like it or not – she doesn’t give a sh*t,” she said. These days, she is one of the most successful standups, with a successful film and television career as well.

Ben Stiller was both a writer and a featured performer on “Saturday Night Live” in 1989. His stint with the show, however, was ridiculously short. He left after only two months due to creative differences – they reportedly would not let him make short videos and, for him, that was a deal breaker. He has said in the past that his experience on the show was pretty negative and he was left pretty disillusioned as a result. Once he quit “SNL,” he headed to Los Angeles to start over. His career really took off after that. He was offered his own show titled “The Ben Stiller Show” and the rest is history.

Stiller has since dabbled in directing, has produced numerous films and has become one of the better known of the comedic actors. He is also the “acknowledged leader” of the Frat Pack, a group of actors that include Vince Vaughn, Will Ferrell, Luke Wilson, amongst others.

Bill Murray joined the cast of “Saturday Night Live” in 1977 during its second season and stayed on the show for three seasons in total. “SNL” is what really launched his career and turned him into a household name. He was brought on to replace Chevy Chase who had left to become a film star. When Chase returned for a few guest appearances during season two, he and Murray kept butting heads.

The “Groundhog Day” star told Empire Magazine about the feud. “It was really a Hollywood fight. Chevy is a big man, I’m not a small guy, and we were separated by my brother Brian [Doyle-Murray], who comes up to my chest,” he said. “It was kind of a non-event. It was just the significance of it. It was an Oedipal thing, a rupture. Because we all felt mad he had left us, and somehow I was the anointed avenging angel, who had to speak for everyone. But Chevy and I are friends now. It’s all fine.”

Robert Downey Jr. joined the cast of “Saturday Night Live” in 1985; however, he was only around for one season. Word on that street is that he was fired. Lucky for him, his movie career was just starting to really take off. The same year that he was on “SNL”, he also had a role in “Weird Science.” More movie roles followed. In 1987, he was in “The Pick Up Artist” and “Less Than Zero.” In the latter film, he played a junkie. This was during the height of his addiction. The critics praised his performance. Robert Ebert wrote, “[Robert Downey, Jr’s] acting here is so real, so subtle and so observant that it’s scary.”

Although he had a rough patch that lasted for several years, Downey has come out of it on top. He’s established himself as one of Hollywood’s highest paid actors and he is the only former “SNL” cast member to have received a Best Actor nomination from the Academy.