8 Most Shocking Reality TV Deaths Of 2014 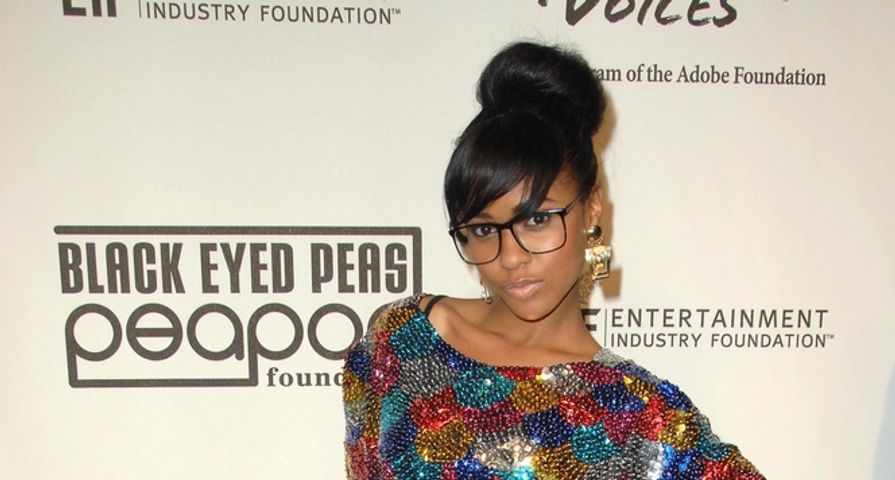 There have been a lot of deaths in the reality TV world this year. While some of them didn’t necessarily come out of the blue, many of them were incredibly shocking. There have been way too many accidental deaths and way too many overdoses this year. We can say with absolute certainty that all of these stars were taken from us way too soon. Since 2014 is finally coming to a close, we figured now would be a good time to remember all of the stars from reality TV who passed away this year. They will all be remembered. Here are the 8 most shocking deaths in reality TV of 2014!

Caleb Bankston – who rose to fame on “Survivor: Blood vs. Water” – was killed this past June while working on the Alabama Warrior Railway. The 26-year-old reality star was working as a train engineer and conduct. At the time of his death, he had been standing on the ladder of a hopper car directing another engineer who was backing up a train when the car Bankston was on suddenly derailed. He was thrown from the car onto the tracks and was crushed to death.

Jeff Probst, the host of “Survivor,” was devastated by the news of Bankston’s death. “The entire Survivor crew is together in Nicaragua,” he said in a statement. “We are shocked and deeply saddened by the loss of Caleb. He was one of the most humble and likable contestants we have ever had the pleasure of working with on the show. A true gentleman. He will be missed by so many. We extend our most sincere condolences to his family and to his fiancé, Colton.”

Eric Hill, who was a contestant on the “The Bachelorette,” died this past April after he was severely injured in a paragliding incident when his parachute collapsed and sent him crashing into a hillside. The one-time reality star had been on a quest to visit every United Nations-recognized country in the world in just 1,200 days prior to his death. He had visited more than 50 countries in his first year of traveling.

Hill, 31, had already been voted off “The Bachelorette” at the time of his death; however, the cast of the show was left in shock when they learned of what happened to him. “We are deeply saddened to hear about the tragic passing of our friend, Eric Hill. Eric inspired us every day with his passion, his courage and his adventurous spirit, and for that we are very thankful,” the producers of the show said in a statement. “On behalf of our cast, crew and producers, we send our love, our thoughts and our prayers to Eric’s family during this difficult time.”

This “American Idol” season 7 alum died this past October of a rare case of endometrial cancer. Since she was first diagnosed in October 2013, she had been quite open with her fans about her struggle. “It’s a rare case because it’s spread to my chest, but it’s really not about a stage [of disease]. God is with me and I feel his presence every day. I just wanted to share this information with everyone to let them know what I’m going through and I’m going to update everyone every week as much as I can,” she said.

Despite putting up a valiant fight against cancer, it ended up spreading from her uterus to her chest and then to her brain. “With heavy hearts, we are deeply saddened to announce the passing of our beloved Joanne,’ the post began. ‘At an early age, Joanne made a choice to serve and trust the Lord; and since her diagnosis over a year ago, Joanne made a choice to also be a fighter and share her journey with the world,” her family said on her Facebook page. She was 32.

Diem Brown – who first shot to fame on “Real World/Road Rules Challenge” – died recently after a long battle with cancer. She had first been diagnosed with ovarian cancer when she was only 23-years-old. She went into remission; however, it returned in 2012. After going into remission a second time, the cancer returned again, but this time to her colon and stomach. Doctors performed an emergency hysterectomy shortly before her death; however, they were unable to stop the cancer from spreading.

Even though the odds were against her for the past few months, Brown, 34, remained optimistic about beating cancer once and for all. “It’s my personal perspective that you live as hard and as vigorously as you can,” she had said a month before her death. “My goals are something I believe in, because I believe I’m going to make it.” Her fight against cancer was an inspiration to all. She will definitely be remembered for her positive, can-do attitude.

Michael Johns – who was featured on the seventh season of “American Idol” – died suddenly this past August. Initially it was assumed that his death was due to a blood clot that developed in his sprained ankle; however, it was recently revealed that he died of natural causes. He had a disease called dilated cardiomyopathy, which inhibited the flow of blood to his body and caused his heart to weaken and become enlarged. The coroner’s reports also noted that he had a fatty liver, which was only a contributing factor in his death.

According to Johns’ friend, his death was really caused by alcohol abuse. He claims that the “American Idol” finalist had been separated from his wife at the time of his death and that she had been seeing another man, which contributed to his drinking. She has never admitted that there is any truth to this; however, the fact that Johns had a fatty liver at the time of his death does seem to support the fact that he probably was abusing alcohol. He was 35.

Ryan Knight – who first made a name for himself on the 2010 “Real World: New Orleans” – was found dead yesterday morning after a night of partying with friends. It has not yet been determined what caused his death; however, some of his friends have claimed that he took “some pills” while others have said that the former reality star had choked on his vomit.

Prior to his death, Knight, 29, had struggled with an addiction to painkillers. He had severely injured both of his shoulders playing hockey years ago, which ended up costing him the academic/athletic scholarship that he had been offered at Arizona State University. His recovery from the injury took about six months, which led him to begin abusing painkillers so that he could deal with the pain. Many thought that Knight had kicked the habit after he sought help in rehab; however, only the toxicology tests can determine if that’s true.

Peaches Geldof – star of MTV One reality show “Peaches: Disappear Here” – was found dead in her home this past April. Although it was initially unclear what caused her sudden and unexpected death, police found stashes of heroin, burned spoons and almost 80 syringes scattered around her home. The coroner determined that she had died of a heroin overdose. According to her husband Thomas Cohen, she had been trying to wean herself off drugs, after having been clean five months before her death.

Peaches’ father, Bob Geldof, was especially devastated by her passing. “I’m walking down the road, and suddenly, out of the blue, there’s an awareness of her…and I buckle,” he said. “I have to duck off into a lane or something and blub for a while, and then get on with it. And that’s it. So, I’d imagine that will be there for a long time. I mean, what else?” Peaches was 25 years old when she passed away.

Simone Battle, 25, was an up and coming pop star and member of the pop group G.R.L. She seemed as though she was heading for big things; however, none of it came fast enough. She was found dead this past September after she hung herself in her West Hollywood apartment. She had reportedly been depressed about money and frustrated because she hadn’t made it big in the U.S. yet. Her close friends and family said that she was worried that she would never make it in the States.

Those who worked with Battle were devastated by her death. Robin Anton, who formed G.R.L., released a statement, mourning the young pop star: “We are deeply saddened by the tragic news of the loss of Simone Battle of G.R.L. Simone was an exceptional young talent and human being, and we are all devastated to learn of her passing. Our thoughts and prayers are with her family and loved ones at this time.” 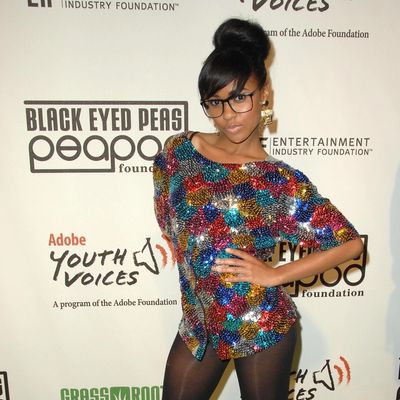