8 Films That Are Guaranteed To Make You Hungry 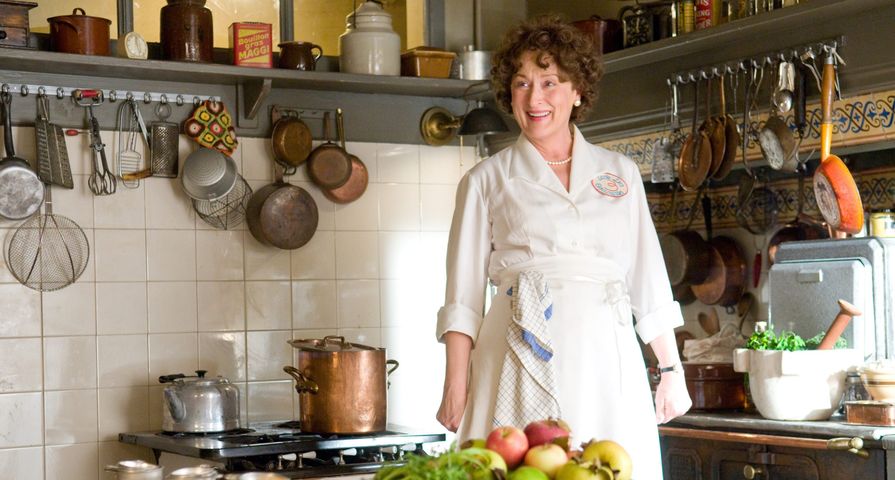 There is something quite pleasurable about films that focus on food. There is something inherently cinematic about putting food on display as art, even if it’s french fries or a burrito in the hands of Brad Pitt (more on that in a moment). There are films that have food in them, and then there are films that simply wouldn’t exist if they weren’t built upon the foundation of food. Whether the film falls in the kitchen, or at a Michelin-starred restaurant, here are eight films that are guaranteed to make you hungry.

Ocean’s 11. Not the original, rather the remake. 2001. George Clooney. Brad Pitt. Matt Damon. That one. Have you ever noticed Brad Pitt’s character, Rusty, is always eating or drinking something? Sure, this may be a stretch — a risk on that guarantee — but when you set a film in Las Vegas, then put one of the most iconic, I-wish-I-were-like-him actors into nearly every scene, and he’s always got the munchies, it says one of three things: you need to eat something, too; this guy smokes a lot of weed; or this guy has a crazy metabolism. That stated, setting scenes in lavish Las Vegas restaurants doesn’t help the cause. You may have never realized it, because it was subliminal, but next time you watch the Ocean’s 11 remake, see if you’re not eating something by the end.

The title says it all. Is there anything more satisfying than a bowl of tortilla soup, with the little crispy-fried tortillas on top and that dollop of sour cream… sprinkled with cheese? Tortilla Soup is a delightful indie that was released in 2001, focusing on family dynamics, and a renowned chef who was losing his sense of taste — played by the incomparable Hector Elizondo. It also stars the late Elizabeth Pena, and the legendary Raquel Welch in one of her most unexpected and intriguing roles. The film is set around a long-standing tradition in the family household: dinner together, once a week. The spreads at these dinner parties are guaranteed to make you drool. And yes, they eat more than tortilla soup. The script is based on Ang Lee’s Eat Drink Man Woman, which appears later on the list.

Who knew chocolate could be so beautiful. Another film made at the turn of the millennium, Chocolat left a lot of people unsure in how to pronounce the title, but once they snuggled into the theater seat, a love for chocolate was either born or renewed. The story centers around a single mother and her daughter, who settle in a very conservative French community and open a chocolate shop that is filled with dessert delicacies that look like they were offered directly from heaven… or hell, if you’re the mayor of such a town. After all, who else would remain open for business on Sundays? The cast features Juliette Binoche, Johnny Depp, Judy Dench and Alfred Molina. Be careful when you view this one… it may make you quit your job, and take up an apprenticeship to become a chocolatier.

No list is complete without a little love for animation, and with Ratatouille, Pixar did something quite special. They indoctrinated a future generation with a love of food… and French cooking techniques, nonetheless. The film is one of the most underrated of the Pixar offerings, and is rarely mentioned in discussions of Toy Story, Up and The Incredibles, yet it plays as the most unique adventure of the Pixar library. A French rat named Remy (Patton Oswalt) teams up with a renowned French chef, Auguste Gusteau (Brad Garrett) to cook for an animated Paris. How could that not be a winner? Yes, it’s animation, but the food looks close enough to the real thing. It’ll get you every time.

As mentioned, Tortilla Soup is somewhat an American remake of Eat Drink Man Woman, but the films possess enough differences — notably, the food — that they’re both worth watching. Some viewers will appreciate or prefer one to the other, but it’s tough to go wrong with director Ang Lee making movies in his native Taiwan. The food preparation scenes in Eat Drink Man Woman is incredibly intricate. Ang Lee allowed for an entire week of filming to get the opening scene just right. The story focuses on a chef father, and his three daughters, yet the dynamic of the Chinese film and the American remake are quite distinct — an interesting look at culture. Ultimately, the Chinese food on display in Eat Drink… will make you hungry in the opening scene… then you’ll be hungry again in another 30 minutes.

This expertly crafted film chronicles the lives of two women who are bridged by a single cookbook. One woman wrote it, the other woman was determined to cook the entirety of it. Somewhere along the way, they should have met, but they never did. The legendary Julia Child (Meryl Streep), and one of the foremost bloggers the world has known, Julie Powell (Amy Adams), had more in common than they could have realized. The film is filled with the cooking adventures and misadventure of both women, and the script is drawn from Julie Powell’s book of the same name, as well as Julia Child’s My Life in France. For those who haven’t seen this film, be forewarned: You’ll likely find yourself with a desire to make Julia Child’s famous beouf  bourguignon after viewing.

From the director of Chocolat, comes The Hundred Foot Journey… you can imagine the voice over underscoring the trailer. And it’s true. It’s another story told wonderfully by director Lasse Hallstrom. It seems he has a knack for telling stories that involve misunderstanding, rivalry and some of the best food you have ever laid your eyes on. The Hundred Foot Journey sounds less like a film that is centered around food than it is a film about personal relationship, but the food, featuring Indian and haute cuisine, is good enough to plan dinner/viewing party with the best of both worlds and fine wine. Perhaps it’s best paired with a double feature viewing of Chocolat for dessert.

Jon Favreau got back to his independent roots with the 2014 darling, Chef. Written and directed by Favreau, Chef follows the journey of Jonny Fav’s character, Carl Casper, as he is attempting to rediscover his passion for cooking after an incredibly unfortunate incident becomes a viral video sensation at his restaurant. Allowing art to imitate life, Carl decides he’ll take his show on the road, and begin cooking throughout the United States on a food truck. The film itself is filled with sentiment, humor and the challenges of family dynamics. At its core, it suggests that forgiveness can lead to the greatest life blessings you could ever know or experience. And within the mix, there is a scene that will forever change the way you approach a grilled cheese sandwich. Guaranteed.