Home » Entertainment » Celebrities » 8 DWTS Contestants Who Should Make A Comeback

8 DWTS Contestants Who Should Make A Comeback 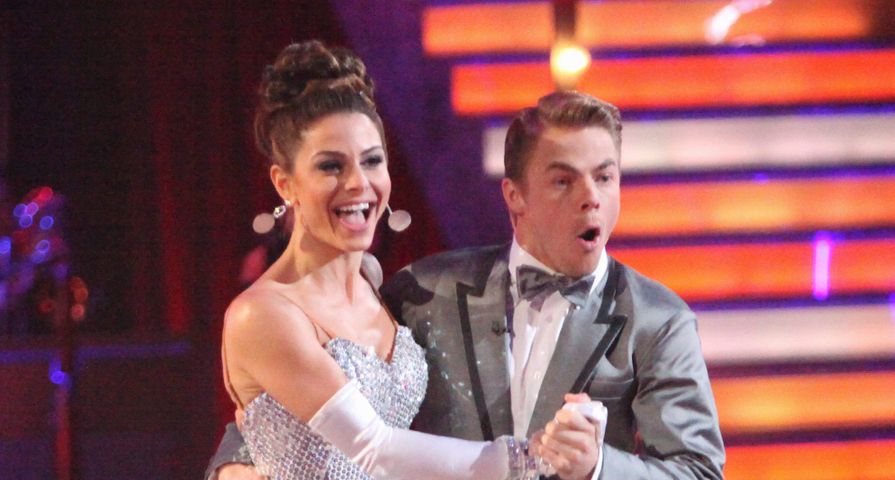 Dancing with the Stars has become one of the most popular shows on television and now has nearly 25 seasons under it’s belt! The ABC dance competition show brings in a new cast of stars each season who are all ready to compete for the coveted Mirror Ball trophy. Paired with various different DWTS pros, some contestants do better than others, and there’s almost always at least one shocking elimination, or premature departure every season. It’s heartbreaking to see a contestant go home early, especially if it’s before they deserve to, and we believe there are a select few who deserve a second chance! Here’s a list of 8 DWTS contestants who should redeem themselves and make a comeback!

Singer and actress Chynna Phillips was one of the clear front runners during season 13 of Dancing with the Stars. She was partnered with Tony Dovolani, who was desperate for a decent partner. They worked well together for the first few weeks as they consistently raked in high scores from the judges. But it all came to a screeching halt in week four when Phillips unexpectedly blanked during their tango. They immediately dropped to the bottom and were voted out. Despite her early exit, she still had higher average scores than many other celebrities who lasted longer than her. Phillips should come back on the show and redeem herself — everyone makes mistakes!

Grammy-nominated singer and Emmy-nominated talk show host Tamar Braxton tore up the dance floor in season 21 of Dancing with the Stars. Not surprisingly, she was pretty good and definitely seemed like she had what it takes to go all the way. Sadly, she was forced to excuse herself from the competition after she was diagnosed with pulmonary embolisms. It was pretty heartbreaking because she and Valentin Chmerkovskiy had made it so far! It would be nice to see her come back and have a fair shot at competing for the final.

While Nicole Scherzinger definitely got her fair share of time on Dancing with the Stars, she’s included on this list because she was so well liked by the judges and definitely comes out on top as a fan and judge favorite. She’d definitely be a fierce competitor in an All-Star season of DWTS. When the judges of DWTS were asked who their favorite contestant of all time was during a special edition of 20/20, Len Goodman said his was Nicole Scherzinger! According to him, she was the best dancer they ever saw from a celebrity stand point.

The former Cheetah Girl competed on season 5 of Dancing with the Stars back in 2007 and left judges and viewers quite impressed with her skills. In fact, Sabrina Bryan’s premature elimination has been described as “TV’S most shocking moment in 2007.” While there was some speculation about whether she should have even been allowed on the show due to her past experience as a dancer (this has been highly debated over the course of 24 seasons), it’s argued that just because she was familiar to dancing on stage as a performer to Hip Hop music, doesn’t translate to a Viennese waltz. Bryan should definitely come back on the show simply because we believe she could have gone much further than she did the first time around.

Brandy Norwood, who’s professionally known as Brandy, competed on Dancing with the Stars in 2010 during season 11. She was definitely one of the higher scoring contestants during her season, especially between week five to eight. Brandy was partnered with Maksim Chmerkovskiy and because of their high scores it seemed like Brandy was headed to the finals against Jennifer Grey to compete for the Mirror Ball Trophy, but in a shocking twist of events she was eliminated in the semi-finals against Bristol Palin, who was clearly a much lower ranking dancer. When it was announced she was being voted off, even the audience gasped and booed! We believe Brandy got ripped off during her season, so we’d like to see her back on the show for another go at the trophy!

There’s no question about whether Maria Menounos got ripped off during season 14 of Dancing with the Stars. Not only did she and Derek Hough rake in first place scores with 59 out of 60 points, but she also danced through two broken ribs earlier in the season which shows just how dedicated she was to winning this season! Even though she and Hough had the highest judges’ score, they couldn’t get the audience votes and were shockingly eliminated right before the finals. Audience members booed when it was announced, but the Extra host made sure not to shed any tears. Menounos should definitely make a comeback on the show and compete for that Mirror Ball trophy.

Singer and actress Mya competed on season 9 of Dancing with the Stars. She was partnered up with Dmitry Chaplin and the two were clear front runners all season. They made it all the way to the finals, earning rave reviews from the judges with a nearly flawless final performance, but lost the popular vote to Donny Osmond. Even DWTS judge Carrie Ann Inadba admitted that Osmond’s win was “surprising” but still “good.” We’d like to see Mya come back and compete because she definitely deserved to win that Mirror Ball trophy in our books!

Even though Normani didn’t win season 24 of Dancing with the Stars, it seemed to have a profound effect on her. After being eliminated she said: “I’m a stronger, creatively, even as a human being I’ve learned so much and I’ve just grown and I had the best partner ever and I wouldn’t be able to get this journey without him.” If she took that much away from her first attempt, we think that if she came back for a second go, she’d be even better and definitely have a chance at snagging the top prize! Normani and her partner Val Chmerkovskiy were eliminated ahead of former MLB catcher David Ross and NFL running back Rashad Jennings, and America was not happy about it! The Fifth Harmony singer received a ton of support from celebrities and non-celebrities who tweeted in anger after watching her get dropped from the competition. We didn’t like the way that season ended, so we want to see her give it another try!