DWTS Comeback: 11 Stars Who Regained Popularity After The Show 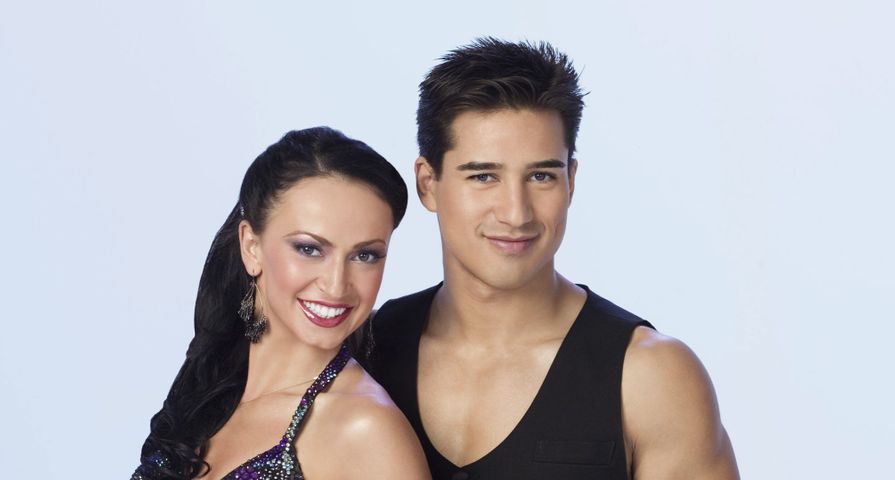 Although Dancing With the Stars has been one of the most successful reality compeition shows on television since first airing in 2005, it has faced a lot of criticisms, mainly because of how loosely the use the term “stars” is used. Some seasons have been heavily panned because of how far into the celebrity C-list they seem to have gone to put a list of stars together, but sometimes the show just reminds fans of some of their recently forgotten favorites. For some stars, appearing on the show seem to have given them the boost they needed to be relevant again. For some this meant work in Hollywood again while for others it meant simply being noticed again. Check out 11 celebrities whose popularity went right back up after appearing on Dancing With the Stars.

No matter what has happened in her career since, Jennifer Grey will always be defined by her role as Frances “Baby” Houseman in 1987’s Dirty Dancing. After undergoing two plastic surgeries on her nose, the change negatively affected her career and aside from small roles on different television shows it wasn’t until season eleven of Dancing With the Stars was she buzzed about again. It may have been her smartest career move yet, because of course it realigned her with her Dirty Dancing glory days. Fans of the movie both young and old tuned in to see what kind of talent she brought to the table, and they were not disappointed. Grey was the talk and the drama of the entire season, eventually leading to her win with Derek Hough thanks to the major fan support she reignited. Her career didn’t necessarily take off afterwards, but for the first time in 23 years people were buzzing about Jennifer Grey once again.

Almost everyone knows the name Donny Osmond from his fame with his sister Marie Osmond as Donny & Marie which included their own self-titled variety series in the ’70s. They went on to have a successful career, but in recent years have faded from the minds of most, that was of course until Donny Osmond appeared on the ninth season of Dancing With the Stars in 2009. Osmond struggled continuously throughout the season, but the love from fans who adored seeing Donny in mainstream media once again, kept him competing and as a result he won the Mirrorball Trophy with partner Kym Johnson. To this day it remains one of the most contentious wins because there is no doubt that runner-up Mya was a better dancer, but Donny had the biggest support from fans.

In the ’90s everyone knew who Melanie Brown was but of course at that time everyone knew her as Scary Spice from the Spice Girls. Due to the fact fans remember Melanie as Scary Spice with extremely wild hair and makeup to complete the character she was almost unrecognizable when she appeared on the fifth season of Dancing With the Stars. Brown had remained relevant in Britain but sparked nostalgia with North American fans, and made sure we all knew she hadn’t lost her popstar flair, going all the way to the finals, but eventually coming in second with Maksim Chmerkovskiy. After her time on DWTS, her work in TV really took off again as she became a judge on The X Factor Australia from 2011-2012 and then was a guest judge on The X Factor UK, eventually joining the show for a full season in 2014. Let’s not forget she also became the co-host for Dancing With the Stars Australia and then went on to America’s Got Talent, replacing Sharon Osbourne.

In the ’80s and ’90s Kirstie Alley was one of the most sought after actresses; however, after a drastic increase in weight, all focus was on her change of appearance. In 2011, she appeared on Dancing With the Stars, and once again fans were excited to see her hilarious and likeable personality back on their screens, and her love for the competition made it all the better. The amount of support she had carried her all the way to the finals and ended in a slim loss to NFL star Hines Ward. Almost immediately after her DWTS success, Alley landed her own series on TV Land called Kirstie which reunited her with her former Cheers co-star Rhea Perlman. The show didn’t last, but we sure did see a lot more of Alley again as she went on several talk shows discussing her weight struggles and her life now.

Back in the ’90s Nick Carter was on top of the world as a member of the Backstreet Boys, but after launching his solo career in 2002, things faded for the pop star. In the following years, he appeared in a couple of short-lived reality series and opened up about his struggles with drugs and alcohol abuse, but in 2015 he regained the love from fans by appearing on Dancing With the Stars. Almost immediately, he had the majority of the fanbase behind him and along with Sharna Burgess went all the way to the finals, coming just short of winning behind Bindi Irwin. Like many of the stars before him, fans were happy to see him doing well and in the mainstream media again, especially as he announced that he and wife Lauren Kitt were expecting their first child and welcomed son Odin in April 2016.

Kelly Osbourne has been in the spotlight her whole life as the daughter of iconic rocker Ozzy Osbourne and TV personality Sharon Osbourne. Along with the rest of her family, she appeared on their reality show, The Osbournes, and Kelly was quickly labeled, “a wickedly funny, brutally honest, pint-size, potty-mouthed spitfire.” She quickly took off with her own music career because of her rocker, edgy look. At the age of 20, she entered rehab which was followed by more trips to treatment centers, but seemingly debuted a new, clean self when joining the cast of Dancing With the Stars in 2009. She stunned everyone with her trimmed down figure, and more cleaned up look, and along with her positive personality, she was an instant hit with fans which took her to third place behind Donny Osmond and Mya in the competition. It didn’t take long afterwards for Osbourne to become a TV personality in her own right especially after becoming a host of E!’s Fashion Police in 2011. After exiting the show in 2015, she became a judge for Australia’s Got Talent and has been a frequent guest co-host on The View and The Talk.

Alfonso Ribiero was essential to the success of The Fresh Prince of Bel-Air from 1990-1996, but afterwards it seemed the only star from the series consistently in the spotlight was Will Smith. After a few reality show appearances including on Celebrity Duets and I’m a Celebrity… Get Me Out of Here, he was announced as one of the stars for season 19 of DWTS. The nostalgia of Ribiero possibly doing his iconic “Carlton Dance” was enough to incite excitement, but throughout the season Ribiero’s dancing and infectious personality made him one of the most buzzed about stars at the time. The support from fans helped the actor to a resounding win in the finals, and he was such a fan favorite they brought him back as a guest judge in season 21. Not long after his big win, he was then confirmed as Tom Bergeron’s successor on America’s Funniest Home Videos, solidifying his return as a favorite TV personality.

Much like with Nick Carter, fans were ecstatic to see former NSYNC star Joey Fatone take to the dancefloor for season four of Dancing With the Stars in 2007. Despite some stars who have had dancing background getting met with criticism because of an unfair advantage, Fatone had nothing but support and week after week made headlines with his dances. After placing second, he used the momentum of being in the spotlight to land a spot as host of NBC’s The Singing Bee and also replaced Joan and Melissa Rivers as host of TV Guide‘s pre-shows for awards season. Suddenly, all kinds of new doors were opening up for the one time boy bander including many hosting duties, after revealing his natural, easy-going and humor-filled personality on DWTS.

For a whole decade Ian Ziering enjoyed the success of Beverly Hills, 90210 which he starred on as Steve Sanders. After a stall in his career after the end of the series, Ziering laid low until appearing on season four of the show in spring 2007. Although they only made it to the final four, his reappearance on TV led to his involvement in the cult classic Sharknado franchise. After the first film in the series in 2013, it felt like the ’90s all over again with Ziering’s name and face appearing all over the place again. He now has three Sharknado films under his belt, as well as a fourth on the way, and also landed an appearance on Celebrity Apprentice in 2015.

Like many of the stars on this list, Candace Cameron Bure was a major star in the ’90s who went off the radar before coming back in a huge way after appearing on Dancing With the Stars. Aside from a few guest appearances on different series and a Hallmark TV-movie, Candace wasn’t seen from much past her days as DJ Tanner on Full House, and then in 2014 she appeared on season 18 of Dancing With the Stars. After placing third, she was right back into the spotlight with the news in 2015 that she would be starring in a Full House Netflix spin-off entitled Fuller House. Only a month after that big news she was then added as a co-host of the long running daytime talk show The View, and with a second season of Fuller House on the way, Candace Cameron Bure is right back in the headlines and the minds of fans and audiences.

For five years Mario Lopez was known as A.C. Slater on the hit sitcom Saved by the Bell. After a couple of TV roles, a made for TV-movie and a stint on soap operas, Lopez was struggling to reach the same popularity he had as Slater. Things changed in 2006 when he competed on the third season of Dancing With the Stars with pro partner Karina Smirnoff. Between proving to fans he had only become better looking and that he could really dance, Lopez officially sky-rocketed right back into Hollywood circles. He didn’t win the season, coming in second, but he was soon offered quite a few hosting duties including The X Factor and Extra, not to mention his own reality show with Courtney Mazza called Mario Lopez: Saved by the Baby.