8 Degrassi Stars Who Found Success After The Show 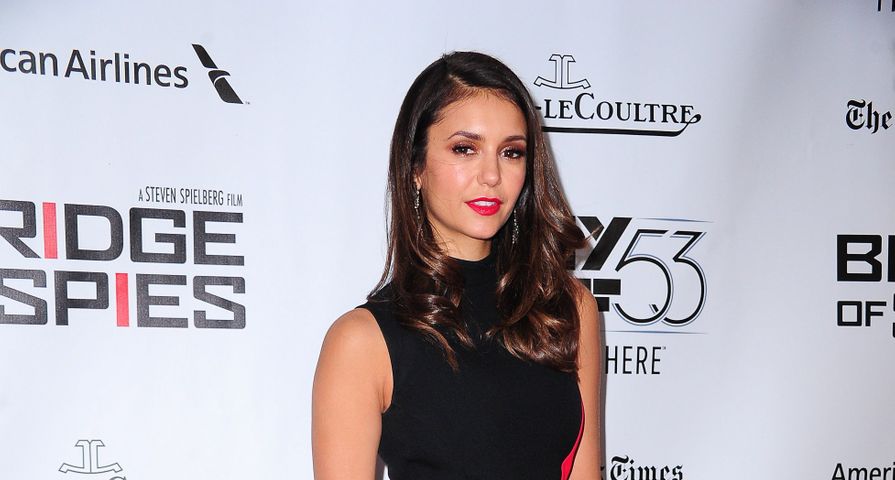 Degrassi is without a doubt the most beloved Canadian teen drama, all starting with The Kids of Degrassi Street way back in 1979. Since then, the show has seen season after season including Degrassi Junior High, Degrassi High, Degrassi: The Next Generation and soon to be Degrassi: Next Class, which means there has been a revolving door of casts and characters filled with a majority of teen actors. Given its popularity, it is truly surprising not more of the young actors find success after their turn on the show, and only a select few out of the numerous stars have been able to make a name for themselves outside of the halls of Degrassi. Check out 8 Degrassi stars who managed to find success after appearing on the show.

Dylan Everett was a new addition to Degrassi: The Next Generation in Season 12 as Campbell Saunders, and instantly became a fan favorite, before his storyline took a tragic turn at the end of the season. While fans were sad to learn Cam definitely would not be back, Everett has made himself known to a wider audience since leaving the show. He has appeared on popular shows such as Rookie Blue, and Supernatural as a young Dean Winchester and most notably for portraying Mark-Paul Gosselaar in Lifetime’s The Unauthorized Saved by the Bell Story. In addition, he also appeared in the popular TeenNick series Open Heart.

Lauren Collins may always be best known as Paige Michalchuck on Degrassi, but she has worked hard at breaking away from the character, and even though she hasn’t been in any major projects, she has expanded her resume away from her days as Paige. She appeared on Being Erica for a few episodes before landing a recurring role on another popular Canadian series Murdoch Mysteries, and she has also appeared on Long Story, Short and the Kroll Show. Not superstar status by any means, but given that some Degrassi actors are now Real Estate agents (Miriam McDonald), at least she is still acting.

For nine years and 180 episodes Cassie Steele was known as Manny Santos from Degrassi: The Next Generation, but has since moved to Los Angeles to branch out in her career. In 2012, she was cast as the lead in the CTV and Much Music series The L.A. Complex which was then picked up by the CW. Unfortunately, after what seemed like a promising first two seasons, the show was cancelled, but Steele has continued to act, appearing in several TV movies. She has also worked hard on her music career and last summer released her album Patterns on iTunes.

Landon Liboiron got his break when he was cast as Declan Coyne in Degrassi: The Next Generation, and was lucky in being cast in the Steven Spielberg executive produced show Terra Nova on Fox in 2011. The show only lasted one season, but took Liboiron far out of the Degrassi realm and is now best known for his role as Peter Rumancek in the Netflix original series Hemlock Grove.

From 2002-2008, Stacey Farber played Ellie Nash on Degrassi, but has had one of the best post-Degrassi careers yet, with numerous roles on other shows. She starred on 18 to Life from 2010-2011 and in 2013 also starred in the series Cult. Her biggest career break, however, came when she landed the role of Dr. Sydney Katz on the popular medical drama Saving Hope.

Shenae Grimes was not one of the most liked characters on Degrassi, appearing as Darcy Edwards from 2004-2008, but she really lucked out with her next acting roles. The same year she finished her stint on Degrassi, Grimes landed the lead role on the highly anticipated Beverly Hills, 90210 reboot 90210. She officially shed her Darcy Edwards image starring as Annie Wilson from 2008-2013. Since, she has had no major acting roles, but has been enjoying married life with husband Josh Beech.

Many people are shocked to learn the Nina Dobrev, the star of the very popular CW series The Vampire Diaries, is a Canadian actress who got her break on Degrassi: The Next Generation as Mia Jones. Given the fact that many are surprised by this is a clear indication she is one of the biggest stars to come out of the Degrassi series. Aside from her role as Elena on TVD, she has been in movies like The Perks of Being a Wallflower and Let’s Be Cops, and she recently announced her exit from TVD, meaning we can expect bigger things to come from the star.

Degrassi fans know Aubrey Drake Graham as Jimmy Brooks, the rest of the world knows him as Drake. Of course, many are well aware the famous rapper is from Canada and in fact had a starring role on the Canadian soap from 2001-2009. He had one of the most interesting story arcs in the show’s history, but that is all behind him now with his major success in the music industry. As Drake, he has sold an estimated 10 million albums, and has won a Grammy, three Junos, six BET Awards and has had twelve number one singles, not to mention he is also the “Global Ambassador” for the NBA’s Toronto Raptors.