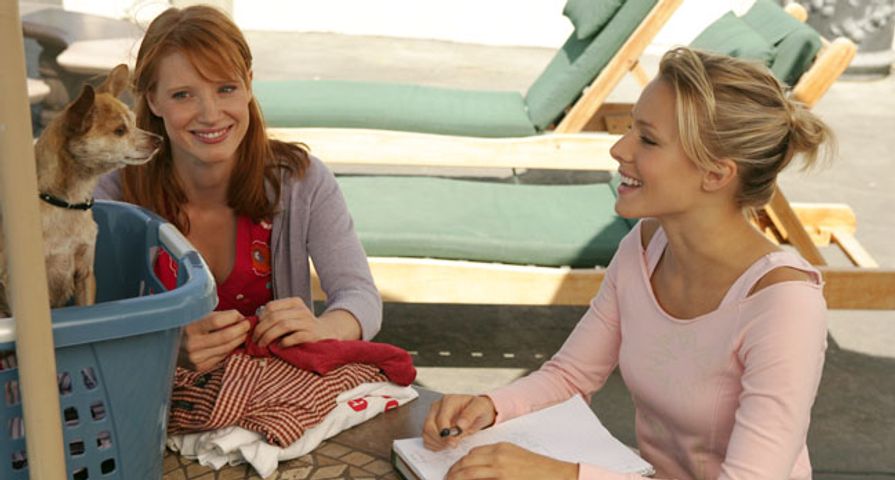 In Hollywood, even mega stars have to get their start somewhere. For many of them, this means guest starring on an episode of a hit show. After some careful research, we’ve noticed that many stars appeared in various teen dramas before they became super famous – see for yourself!

Long before Seth Rogen became a successful film actor, he was just another actor, scrounging for television parts. One of the first roles he had on TV was on Dawson’s Creek. He appeared in the episode “Rock Bottom” as Bart, a stoner who hooks up with Joey’s college roommate, Audrey.

Julie Bowen is most famous for her role as Claire Dunphy on Modern Family. Early on in her career, she guest starred in an episode of Party of Five. Her character, Shelley, was a potential love interest for Matthew Fox’s character in the episode “Unfair Advantage.”

Seth MacFarlane is best known for being the creator of Family Guy and American Dad! However, back in 2002, he was still making appearances on the small screen. One of these appearances was on Gilmore Girls.

Joe Manganiello is a bona fide television star now but, several years ago, he was a recurring character on The CW drama One Tree Hill. He played bartender Owen Morello, one of Brooke Davis’ love interests.

It is impossible for many of us to think of Jon Hamm as anything other than Don Draper; however, long before he landed his breakthrough role on the hit AMC show, he guest starred in an episode of Gilmore Girls as Peyton Sanders. His character meets Lorelai at an auction and takes her on a date.

Nikki Reed became a recognizable star thanks to the Twilight franchise. Before that, however, she took a recurring role on The O.C. as Sadie, Ryan Atwood’s love interest in season three.

Shailene Woodley played the original Kaitlin Cooper on the first season of The O.C. When her character was supposed to return during season three, the role was recast and Willa Holland landed it. Woodley hasn’t lost any sleep over it. She’s gone on to headline the Divergent series.

Before he landed the role of Jesse Pinkman on Breaking Bad, Aaron Paul was a guest star on Veronica Mars. He played Eddie LaRoche/“The Worm,” a suspect in the E-string strangler case.

Leighton Meester made a name for herself as Blair Waldorf in Gossip Girl but, before that, she was a guest star as Veronica Mars. She had the role of Carrie Bishop, a classmate of Veronica’s who accuses their teacher Mr. Rooks of getting her pregnant.

Amanda Seyfried is currently one of the most in demand movie actresses; however, back in 2004, she took a recurring role on Veronica Mars as Lilly Kane, Veronica’s best friend who was mysteriously murdered.

Olivia Wilde’s career is currently on fire; however, in 2004, she had a recurring role on The O.C. as Alex, a love interest for both Seth and Marissa.

Jessica Chastain may get her pick of roles now; however, a decade ago, she didn’t have many options, so she was taking whatever television roles she could get. One of these roles was on Veronica Mars. She appeared as Veronica’s pregnant neighbor who disappears.

Chris Pratt might be a bona fide movie star now, but back in 2006, he was just another television actor. He joined the fourth season of The O.C., playing Ché, an activist Summer meets at Brown.

Before all of the Oscar nominations, Amy Adams was just another struggling actress taking TV work. Some of the teen shows that she appeared on include That ‘70s Show, Buffy the Vampire Slayer and Smallville.