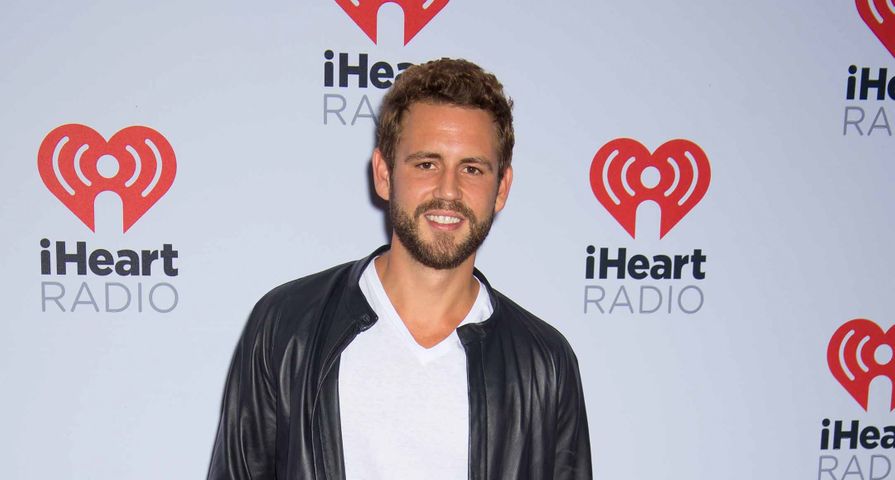 The new Bachelor has been announced and it’s none other than former Bachelorette contestant Nick Viall! When it comes to finding love, he’s had a few shots. He was the runner up on Andi Dorfman’s season of Bachelorette and the runner up again on Kaitlyn Bristowe’s. He also had another shot at love during this season of Bachelor in Paradise but, again, he couldn’t find lasting love. Now that he’s the new Bachelor, everyone including us wants to know more about him, which is why we have 7 things for you that you didn’t know about Nick Viall!

The new Bachelor was born on September 29, 1980 in Milwaukee, Wisconsin. He comes from a big family and has ten siblings! He’s the second oldest. He attended Waukesha North High School in Waukesha, Wisconsin where he was reportedly an accomplished athlete and then got a Bachelor’s degree from University of Wisconsin-Milwaukee in 2004 in Business Administration.

While it might seem that the former Bachelorette contestant is a professional dater at this point, he actually had a full time job when he appeared on the dating show. He was an account executive with Salesforce, a company in Chicago that specializes in cloud service with data, apps and marketing cloud storage; however, he reportedly left that job and is currently signed with modeling agency Wilhelmina in Miami and now models and promotes different clothing companies via his Instagram account.

While Kaitlyn Bristowe told the other guys on her season of The Bachelorette that she had a flirtatious relationship with Nick prior to the show, it was reportedly a lot more than that. “Kaitlyn and Nick talked ALL THE TIME while Chris’ season was airing. He made it known he was into her, and she was well aware he was into her. Their relationship was much more than a few texts and emails. These two were Facetiming a lot in the weeks leading up to her leaving for The Bachelorette,” Reality Steve said. Nick also reportedly went to see her in L.A. when she was preparing to film The Bachelorette.

In an interview with Glamour, Viall said that there are a lot of misconceptions about him. “It’s funny when other cast [members] meet me, they always have a moment of pause, like, ‘I don’t know how I should feel about you. Should I like you or should I hate you? I don’t really know.’ A lot of people say I’m a lot nicer as a person than they thought I was, but I don’t know what that means,” he said. “I’m definitely snarky; I can be a smart ass. I’m quick to open my mouth before I think sometimes, and I’ll put my foot in my mouth a little bit. I like to think I’m a nice guy and have a good heart, and I’m a loyal person.”

In her book It’s Not Okay: Turning Heartbreak Into Happily Never After, Andi Dofrman claims that mid-sex Nick asked her if she would rather “make love or f-uck;” however, he claims that this was a misunderstanding and that wasn’t quite what he meant. “I had asked her, ‘If you were to have sex four times, how many times would you want to f—k or make love?’” he explained. “If I’m about to potentially get engaged to someone, I want to know about bedroom stuff. I think there’s a time and a place for rose petals and candlelight and romance … But if you’re going to marry someone … I like to have a little fun and keep it interesting.”

1. Standing Up for Kaitlyn

When Kaitlyn Bristowe was being slut shamed during her season of The Bachelorette for hooking up with Nick, he did the gentlemanly thing and stood up for her via Twitter. “Despite what we have been led to believe, both men & women have an emotional connection to sex that we all should respect.#TheBachelorette,” he tweeted, along with, “Both men and women have an equal right to have sex without judgement #TheBachelorette #bachelorette.” Sounds like he’s a feminist and he doesn’t know it! 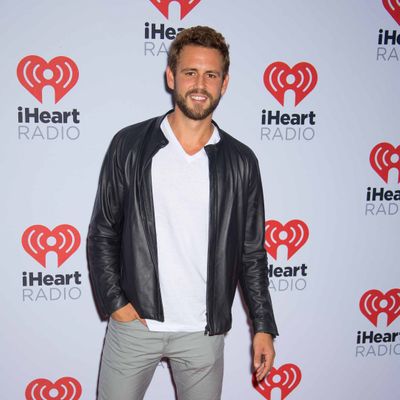