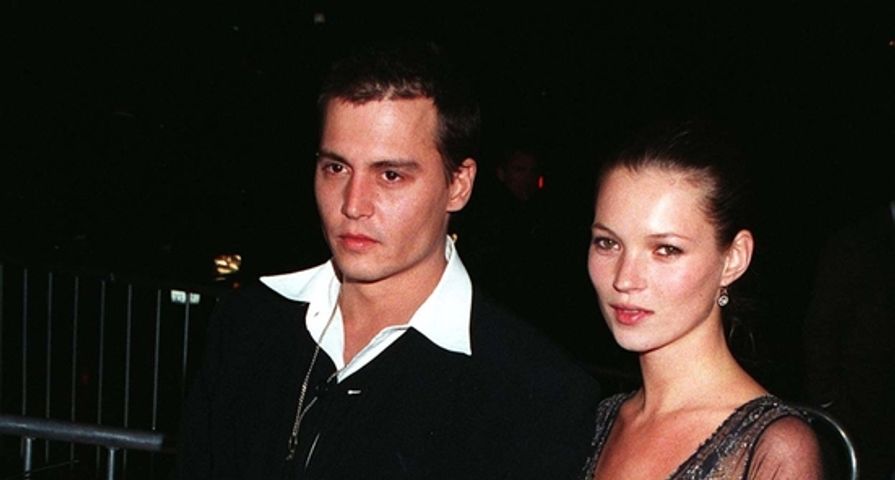 Johnny Depp and Kate Moss were one of the hottest couples during the ‘90s. They were both gorgeous, successful and totally in love with each other. They also were really private. In the years since their breakup, they have rarely discussed their relationship. Sometimes it feels as though it never actually happened, but thankfully we have the pictures to prove it. After some serious digging, we have 7 things that you probably didn’t know about their doomed relationship:

Johnny and Kate met in February 1994 at New York’s Café Tabac. He was 31 at the time and she was only 20. “I knew from the first moment we talked that we were going to be together. I’ve never had that before,” she said of their first meeting. However, he saw it differently. “It wasn’t all that romantic,” Depp had said of their first meeting. “She was sitting at a table with some friends and I knew one of them.” According to him, he invited them both over and the rest is history. 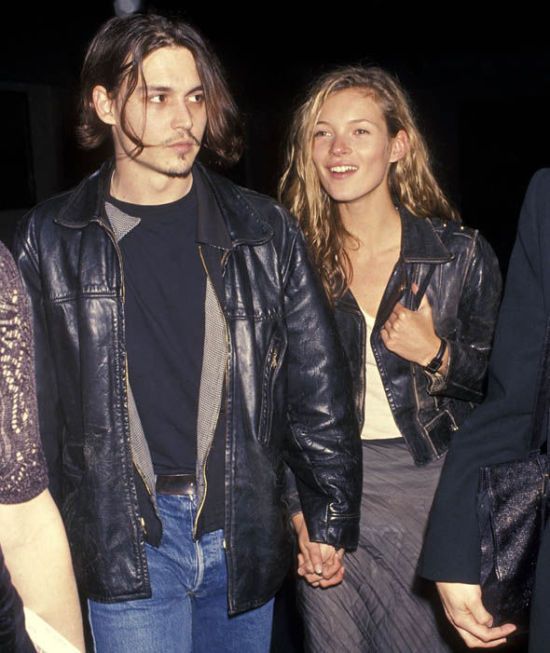 Apparently, Moss had a crush on Depp before they even met. “I was doing pictures for Calvin Klein and the photographer had stacks of pictures of Johnny. He wanted the style of the advertising to be like the pictures of Johnny. There was Johnny everywhere. And this photographer was like all the time: ‘Find me a girl.’ And I said, ‘Introduce me to Johnny and I’ll find you a girlfriend,” Moss said. 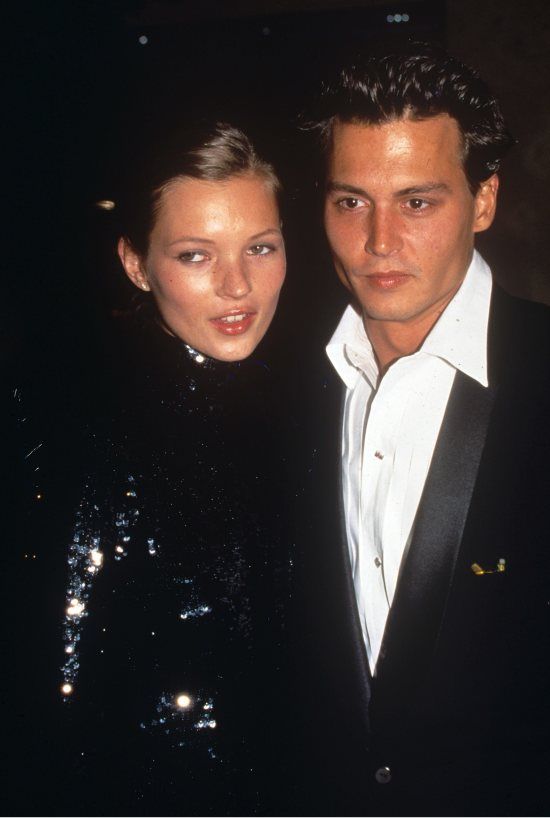 The Benny & Joon actor was known for being shy, gentle and sweet also was known for having a temper. In September 1994, he was arrested for criminal mischief after he trashed a $1,200 a night hotel room at the New York City’s Mark Hotel. Police suspected that he was drunk and fighting with the Calvin Klein model at the time, as she was found in the rubble when they came to arrest her boyfriend. He was held in a holding cell for several hours, but was then released. He was told that if he could stay out of trouble for six months and agreed to reimburse the hotel $9,767.12 in damages, the charges would be dismissed. 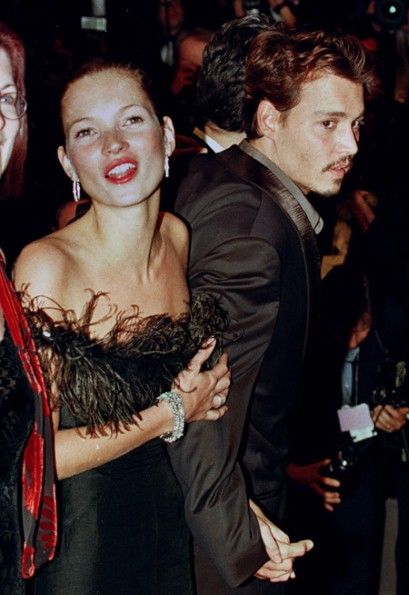 During his relationship with Kate, Johnny was really interested in improving her mind. He introduced her to Iggy Pop, Hunter S. Thompson and the Beat Poets. She was terribly insecure that she wasn’t good enough for Johnny, which is why she allowed herself to be molded by him. Unfortunately, despite his best efforts, she still came off as uncultured. During an interview with a reporter, she struggled to pronounce Jack Kerouac’s name. “Jack Kerry…Jack Karri…er, you know,” she said. When the reporter asked if it was Jack Kerouac she was referring to, she responded, “Yeah, that’s it. Johnny recommended it. I love to settle down on planes with my book.” 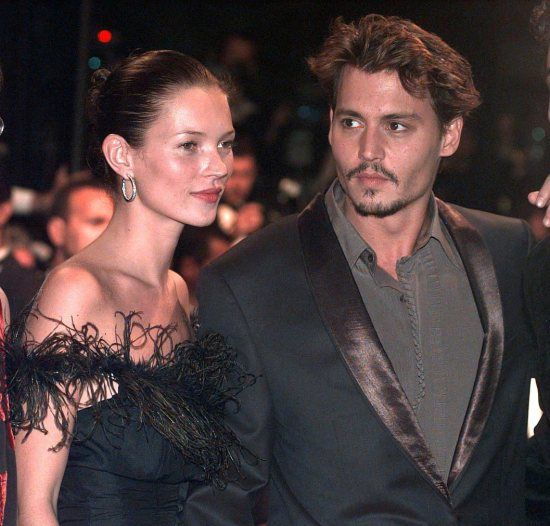 They reportedly did a lot of partying together; however, nearing the end of their relationship, he was allegedly starting to slow the partying down, but she wasn’t. Although things had been unraveling for months, they broke up for good in 1998 after a massive fight. She had been staying at his place in L.A. and she thought that it was understood that she was living there, but he thought that she was just crashing. He had already tried living with her in New York City for six months, but he couldn’t take it. At this point, he was tired of partying and how clingy she had become. The relationship ended for good after he reportedly called her “a crazy b-tch.” 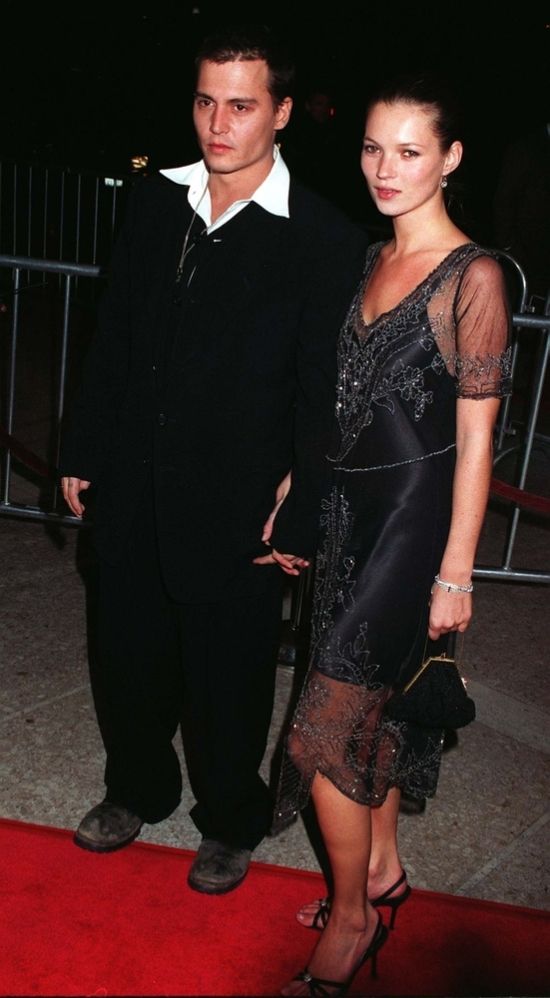 In the past, Depp assumed responsibility for the couple’s breakup. He had said, “We would still be together if I hadn’t behaved like such an idiot. She was the best thing that ever happened to me, but I blew it because I was too moody and too miserable to be around. I hated myself and she couldn’t take it any more. I don’t blame her one bit. I would give anything to have Kate in my life again. I was sick to my stomach. I think anyone who has ever broken up with a girl he loves understands that. You’re lying in bed, staring at your TV, smoking your fifth pack of cigarettes and wondering how you managed to make such a mess of a good thing.” 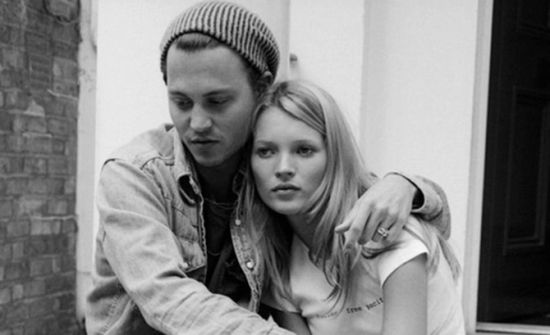 In interview with Vanity Fair in 2012, Moss opened up about her relationship with Depp and how when she was with him she had felt taken care of. “There’s nobody that’s ever really been able to take care of me. Johnny did for a bit. I believed what he said. Like if I said, ‘What do I do?,’ he’d tell me. And that’s what I missed when I left. I really lost that gauge of somebody I could trust. Nightmare. Years and years of crying. Oh, the tears!” she said. 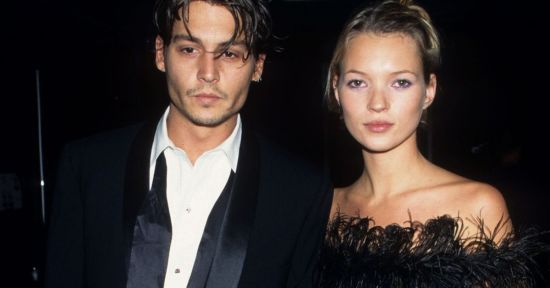