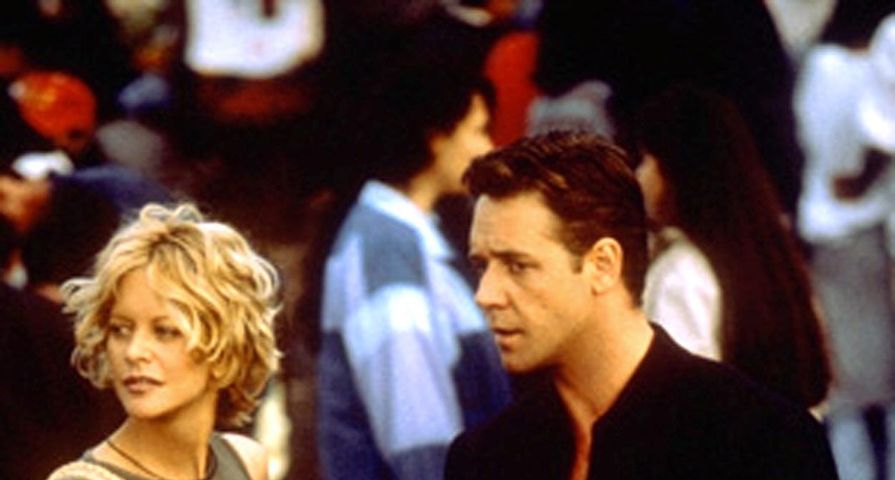 Many actors meet their romantic partners on movie sets, since all that time together brings about a very quick intimacy. But for actors who are already married, new projects can mean new temptations. Here are seven movies that ended up breaking up marriages:

7. Snow White and The Huntsman

When Kristen Stewart starred in Snow White and The Huntsman, she ended up having a fling with director Rupert Sanders, who was married to Liberty Ross (Kristen was also dating Robert Pattinson, her boyfriend of three years, at the time). Many were quick to blame Kristen, though as the director, Rupert was essentially her boss — and 19 years older than Kristen, who was only 22 when it all went down. Creepy, right? “I’m deeply sorry for the hurt and embarrassment I’ve caused to those close to me and everyone this has affected,” Kristen said in a public apology. “This momentary indiscretion has jeopardized the most important thing in my life, the person I love and respect the most, Rob. I love him, I love him, I’m so sorry.” Rupert also apologized publicly: “I am utterly distraught about the pain I have caused my family,” Rupert said in his own statement. “My beautiful wife and heavenly children are all I have in this world. I love them with all my heart. I am praying that we can get through this together.” But they ended up getting divorced, and Rupert and Kristen dated a bit once Rupert was single again (Kristen and Rob broke up, too). Liberty has a very positive attitude about the whole thing, telling Harper’s Bazaar, “People need to learn to forgive. I have no problem with anyone involved. I’m completely compassionate, I really am. No life is perfect, we all have our problems and issues and I believe that it’s good to be true to who you are.”

You may never have seen Northern Lights, the Lifetime movie based on the Nora Roberts novel of the same name, but you’ve probably heard of the love triangle it created in 2009: LeAnn Rimes, Eddie Cibrian and Brandi Glanville. LeAnn and Eddie were both married to other people when they starred as love interests — LeAnn to dancer Dean Sheremet, and Eddie to Brandi (who later become one of Bravo’s Real Housewives of Beverly Hills). “I did one of the most selfish things that I possibly could do, in hurting someone else,” LeAnn said about the affair in People magazine in 2010. “I take responsibility for everything I’ve done. I hate that people got hurt,” says Rimes. “But I don’t regret the outcome.” LeAnn and Brandi became very public enemies on social media, getting into Twitter feuds and even bringing the kids into it (Eddie and Brandi have two sons, Mason and Jake). In a shocking Us Weekly interview, Brandi also accused LeAnn of being addicted to Adderall, drinking like a fish and having mental issues. Eddie responded by saying that “wine and narcissism” consume Brandi.

Angelina Jolie and Brad Pitt have been happily together for ten years and are now finally married, but we have to remember that they were both married to other people first. In 2000, Angelina (who was 25 at the time) married Billy Bob Thornton (who was 44) in Las Vegas after dating for only two months. Angelina later said that “I think one day we had just nothing in common,” and that she was too young to know herself yet. They divorced in 2003, and then in 2005 she met Brad on the set of Mr & Mrs. Smith, in which they played a married couple. Brad had been married to Jennifer Aniston for five years, but Angelina later admitted that she and Brad fell in love on set. She maintains that they didn’t have an affair, despite many tabloid reports to the contrary. “To be intimate with a married man, when my own father cheated on my mother, is not something I could forgive,” Angelina said. “I could not look at myself in the morning if I did that. I wouldn’t be attracted to a man who would cheat on his wife.” Brad and Jennifer divorced in late 2005. Angelina and Brad refused to comment on their relationship until they confirmed in January 2006 that Angelina was pregnant with Brad’s child.

In 2002, Ben Affleck and Jennifer Lopez became one of the biggest celebrity couples of all time, dubbed “Bennifer.” But many forget that Ben was actually a homewrecker: J-Lo was married to her second husband Cris Judd when she met Ben on the set of Gigli, the mobster comedy that has become something of a joke in Hollywood. Ben and Jen had a passionate romance and made another cinematic flop, Jersey Girl. The two stars got engaged with much fanfare in 2002; Ben gave Jen a $2.5 million diamond engagement ring. But most infamous in the story of Bennifer is Jen’s “Jenny From the Block” music video, which featured the two of them hanging out on boats. In one scene, Ben wore an ill-advised tank top slathered suntan lotion all over Jen, who was in a tiny bikini. Oh, the 2000s. Such simpler times. Ben and Jen planned to get married in an elaborate Santa Barbara ceremony in 2003, but Ben called it off just four days before the wedding because of “excessive media attention.” They officially broke up a couple of months later. Ben says that he and J-Lo are on good terms and that he respects her. He went on to marry (and split from) Jennifer Garner, while J-Lo went on to marry (and split from) Marc Anthony. Maybe they’ll reconcile one day?

Having an affair with your co-star is nothing new. Elizabeth Taylor was doing it before some of today’s stars were born! Although Liz was married eight times to seven different husbands, her most famous romance is probably with Richard (aka Dick) Burton — it even spawned the Lindsay Lohan Lifetime movie Liz & Dick. Liz and Dick got to know each other on the set of the 1963 film Cleopatra, when she was married to Eddie Fisher and he was married to Sybil Williams. Although Liz already had four marriages and quite a reputation, their relationship catapulted their public images to new heights. Even the Vatican publicly condemned their affair, calling it “erotic vagrancy”! “It was probably the most chaotic time of my life. That hasn’t changed,” Liz, who didn’t often talk about Cleopatra, later told Vanity Fair. “What with le scandale, the Vatican banning me, people making threats on my life, falling madly in love. It was fun and it was dark—oceans of tears, but some good times too.” Liz and Dick divorced their other spouses and got married in 1964, then divorced in 1974, remarried in 1975, and then split for good a year later.

Another Lifetime movie you probably haven’t heard of is Mind Over Murder — but the couple it brought together, Tori Spelling and Dean McDermott, ended up with their own reality shows, Tori & Dean: Inn Love, Tori & Dean: Home Sweet Hollywood and Tori & Dean: STORIbook Weddings. When Tori and Dean were filming the movie in 2005, Dean was married to his first wife, Mary Jane Eustace, while Tori was also married to her first husband, Charlie Shanian. Tori and Dean got married in 2006; Dean had an affair with Emily Goodhand in 2013, but the couple stayed together. In season two of Tori’s subsequent reality show, True Tori, she revealed some steamy details about how she got together with Dean: “Maybe I have a hard time with that part [blaming Emily] because that’s how I met Dean. I mean, he was married… We had sex the first night we met. It wasn’t like, ‘oh, just get your rocks off, have sex with someone just to have sex,’ you know?” she further explains. “It was a conscious decision, like, fell head over heels for you.” She continued: “Dean and I met when we were both married to other people, so now that this has happened to me, I know a lot of people are like, ‘Well, karma’s a b*tch.'” Tori said in May that she and Dean are now “strong, committed, and grateful.”

Meg Ryan and Dennis Quaid seemed like one of Hollywood’s most stable couples — but then Meg met Russell Crowe on the set of the 2000 film Proof of Life. Meg and Dennis had been married for nine years, but announced their plans to divorce soon after Meg started a fling with Russell. But Meg said in 2008 that Dennis cheated on her throughout their marriage as well: “Dennis was not faithful to me for a very long time, and that was very painful. I found out more about that after I was divorced,” she told Insight magazine. After the interview, Dennis fired back in The Daily Mail: “It was eight years ago, and I find it unbelievable that Meg continues publicly to rehash and rewrite the story of our relationship. Also, I find it regrettable that our son, Jack, has to be reminded in a public way of the turmoil and pain that every child feels in a divorce.” Dennis went on to marry Texas real-estate agent Kimberly Buffington in 2004. They came close to divorce, but ended up reconciling. Meg and Russell broke up soon after Proof of Life. Meg went on to date singer-songwriter John Mellencamp, who got divorced from Elaine Irwin Mellencamp in 2010 after 18 years of marriage. Meg and John have been on-again, off-again, but were “on” as of October 2014.