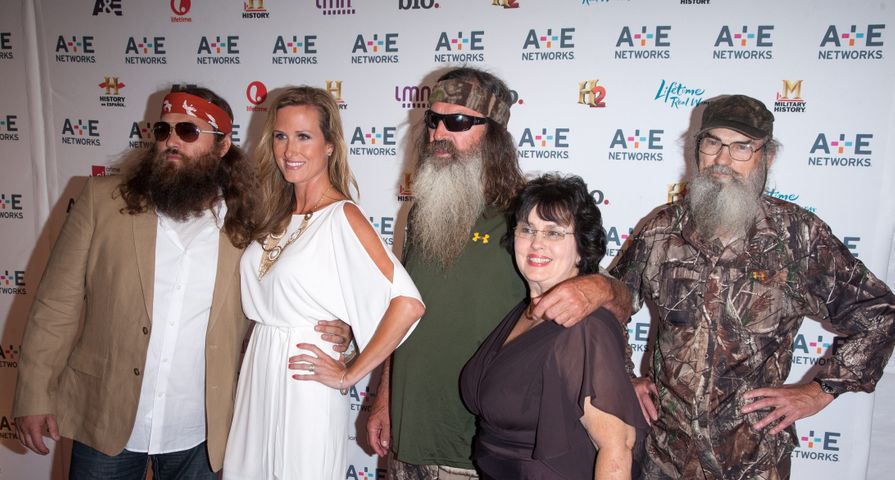 There’s a basic formula for a reality TV family: craziness equals reality show. Sometimes the craziness comes from being wealthy, while in other cases, it comes from being in an unusual family dynamic. Of course, being on TV seems to only bring out the dysfunction even more. If a reality show about a family ends up not being popular with viewers, it’s usually because the family is too normal and boring! Here are our picks for the most dysfunctional reality TV families:

It’s hard to get more dysfunctional than Lindsay Lohan and her parents, Dina and Michael. In fact, Dina and Michael have decided specifically to document their issues: they will be the subject of a new reality show on VH1 called Family Therapy with Dr. Jenn. It won’t be just the Lohans, though; they’ll undergo three weeks of therapy, and other families will appear on the show as well. Dina, 52, has accused Michael, 55, of domestic abuse and has also blamed him for Lindsay’s alcohol issues. The pair also has three other children together. In the past, Dina starred in the reality series Living Lohan, which featured her daughter Ali, who was trying to pursue a music career. It aired for one season in 2008 on E!.

We still feel creepy about polygamous Kody Brown and his four wives, Robyn, Christine, Meri and Janelle, who are all the subject of TLC’s popular reality series Sister Wives, which has aired for five seasons since it premiered in 2010. Meri, Robyn, and Christine were all raised in polygamist families, but Janelle was not (why would she agree to this situation??). Also, Robyn was in a monogamous marriage before marrying Kody (who was legally married to Meri but divorced her to marry Robyn, who also has children from her previous marriage). To add to the crazy, just a few months before Kody and Janelle got “spiritually married,” Janelle’s mother entered into a polygamist marriage with Kody’s father.

The Duggars are the controversial stars of TLC’s reality show 19 Kids and Counting, which began as 17 Kids and Counting and kept changing its name as more children were born. Devout Independent Baptists, parents Jim Bob and Michelle eschew birth control, believing that God should decide how many children they have. They also practice chaperoned courtship when it comes to their children’s dating habits. Scandal rocked the family and resulted in the show’s cancellation after it surfaced that Jim Bob and Michelle’s son Josh molested several girls when he was 14 and 15, including his own sisters. When the infidelity website AshleyMadison.com was hacked, it was also revealed that Josh (who is married) had an account. 19 Kids and Counting premiered in 2008 and was TLC’s most popular show, averaging 2.3 million viewers in season 10.

TLC pretty much sets the standard for dysfunctional reality TV families. The network is also the home of Kate and Jon Gosselin and their eight children — twins Mady and Cara and sextuplets Aaden, Collin, Joel, Leah, Alexis, and Hannah. Jon and Kate Plus 8 premiered in 2007 and then changed its name to Kate Plus 8 after Jon and Kate went through a messy divorce that was finalized in 2009 — but then filming was halted when Jon’s lawyers sent TLC cease and desist orders. The show was put on hold, then cancelled, then turned into a series of specials, and then back on again (a new season began in January 2015). But beyond the production of the show, Jon and Kate have long been tabloid fixtures because they air their dirty laundry so publicly, and because they keep popping up on other reality shows (remember when Kate was on Dancing with the Stars and Celebrity Apprentice?). Jon appeared on Couples Therapy, in which he told Kate to “f—ing die.” The former couple currently has no relationship beyond co-parenting their kids.

Compared to the above families, the Kardashian clan actually seems pretty normal — but you can’t have a list of reality TV families and not include the Kardashians, can you? Let’s remember that Kim Kardashian first became famous because of a sex tape, and that she married Kris Humphries in an elaborately televised wedding before finally settling down with Kanye and having her daughter, North West. Kim’s marriage to Kris lasted only 72 days — not exactly your everyday family life! The Kardashian family also includes supermodel Kendall and her younger sister Kylie, who is in a creepy relationship with 25-year-old rapper Tyga. We also can’t forget Kourtney’s issues with now ex-boyfriend Scott Disick, who was constantly making headlines for his wild temper party-boy lifestyle, despite the fact that he had young kids at home. Khloe also went through her own drama with ex-husband Lamar Odom, who was discovered to be cheating. And while this certainly isn’t “dysfunction,” Bruce Jenner made a very public transition to become trans woman Caitlyn Jenner. Keeping Up With the Kardashians can sometimes seem boring and conflict-free, but the family really does have a lot going on! No wonder the show has been on for 10 seasons.

WeTV has its own version of the Kardashians: the Braxtons. Braxton Family Values premiered in 2011, following the lives of famous singer Toni Braxton, her sister Tamar (who was also nominated for a Grammy), and their sisters Tracie, Towanda, and Trina. (Even their names follow a pattern like the Kardashians!) Their mother, Evelyn, is also a part of the show. In the most recent seasons, viewers saw Trina going through a divorce; she and hubby Gave Solis got married in 2003 but split up in 2013 after it was revealed that he was having cyber sex (remember cyber sex?) with someone he met online. Trina also had her own secret, that she had a fling with one of her band members. Trina had filed for divorce back then, but they called it off and ended up renewing their vows. Now, their divorce is final. Sounds like dysfunction to us!

Following the lives of rural Louisiana duck hunters the Robertsons, Duck Dynasty premiered in 2012 and became a huge hit for A&E. The fourth season premiere drew 11.8 million viewers, making it the most-watched nonfiction cable series in history. But you don’t get that kind of success without a little drama: Phil Robertson sparked controversy in December 2013 when he made anti-gay comments in an interview with GQ magazine, comparing homosexual relationships to bestiality. He would not apologize for the comments, simply falling back on his Christian beliefs. The network put him on a brief hiatus but did not cancel the show after the scandal; many viewers stopped watching, though. Then in January 2015, Lisa Robertson shocked fans when she revealed she had an affair and an abortion. She chronicled her past in her book A New Season: A Robertson Family Love Story of Brokenness and Redemption. 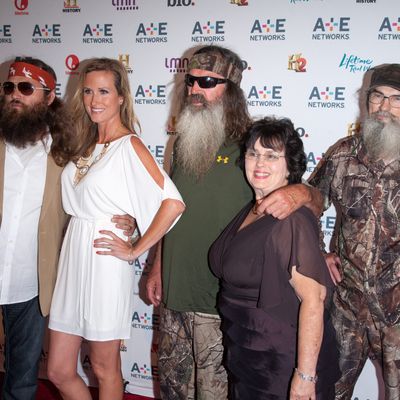