7 Forgotten Country Stars From The ’80s 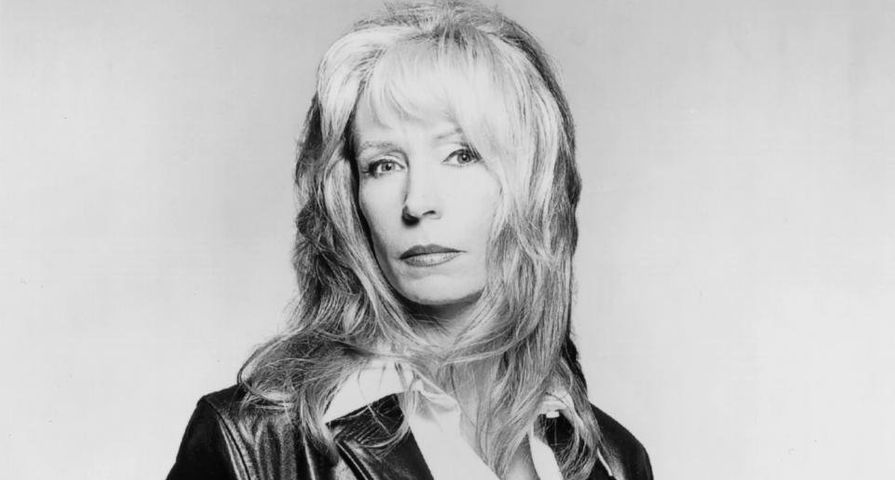 The music industry can be extremely competitive with so many artists vying for the number one spot on the charts and new artists coming out of the woodwork to steal the spotlight. Country music is often the one exception in Hollywood where artists are able to enjoy long careers or easily revive an old one due to the dedication of their fans. But if an artist isn’t in the top of the charts, it’s not hard to get lost among all the new music and sometimes our favorite stars fall off the map! Here’s a list of 7 country stars who rose to fame in the ’80s, but have since been forgotten!

Keith Whitley’s career was cut short when he prematurely died at the age of 34 due to alcohol poisoning. He started playing music in the ’70s, but it wasn’t until the ’80s when his career really took off. He released his first solo album in 1984 and in 1986, he released his second album, L.A. to Miami which landed him his first Top 20 hit single, “Miami, My Amy.” That album spawned a series of other hits like “Ten Feet Away,” “Homecoming ’63,” and “Hard Livin’.” He released another album, Don’t Close Your Eyes, in 1988 which was extremely successful commercially and had three more singles land in the No. 1 spot on the country charts. He continued to work on new music, but died unexpectedly in May 1989, so two more singles were released posthumously. His main reign of success was in the ’80s, but he is still credited as a huge influence in country music today!

Shelly West is best known for not only being a successful country singer, but also as the daughter of country star Dottie West, a singer whose career spanned three decades! She rose to fame in the ’80s and was best known for her duets with David Frizzell, and their number one single, “You’re the Reason God Made Oklahoma,” as well as her own number one song as a solo artist, “Jose Cuervo.” Even though her career was going well, West retired around the time of her mother’s death in 1991. She has performed a few times since then, but very rarely and she no longer makes new music.

This American country singer is best known for her string of hits in the ’80s like “Who’s Cheatin’ Who,” “Sleepin’ with the Radio On,” and “Radio Heart.” She landed her first record deal in 1976 when she was only 20, but she didn’t really become famous until the early ’80s when she had her first number one hit. It was around this time that her career really took off with multiple hits in the Top 10 of the country charts. She also branched out into acting with a guest star role on shows like Hart to Hart and CHiPs. After a string of successful singles, she released another top selling album, Radio Heart, in 1985 which produced her last number one hit. Her fame began to fade in 1986 and in 1988 she was dropped from her label. She continued to make music until the end of the ’80s, but never again reached the same level of success.

Judy Kay Newton, better known as “Juice,” had a pretty amazing solo career with several Grammy nominations, Gold and Platinum records and in the ’80s she produced 14 Top 10 hits! She started her solo career in the late ’70s and her first two albums didn’t do so well, but her third self-titled album released in 1981 really took off! It spawned three consecutive Top 10 hits, went triple platinum and sold more than a million copies in the U.S. After a string of hits and hard earned success, Newton was dropped from her label in 1989 (along with several other country artists like Dolly Parton and Kenny Rogers). She took this opportunity to focus on family and took a hiatus from recording and touring. She returned to the music scene in the late ’90s, but things weren’t the same. She never again experienced that same kind of success as she did in the ’80s.

The Oklahoma native started making waves in the country music industry in 1984 when she released her first RCA Nashville single, “After The Last Goodbye,” which became a Top 10 hit. She had two other Top 40 hits from the same self-titled debut album “If I Didn’t Love You” and “Loving You Hurts.” Her second album came in 1984 and had moderate success with singles “Fallen Angel,” “I Pass” and “How Are You Spending My Nights.” Her best charting single was a duet with Earl Thomas Conley in 1984 called “All Tangled Up in Love” which landed in the number 8 spot. After that her career began to drop, as she never again had a single land in the Top 40. Sadly, her career came to a halt when she died suddenly in a tragic car accident in 1996.

Judy Rodman’s claim to fame is her number one hit single, “Until I Met You.” After working as a background singer for nearly a decade, Rodman began making her own music in the mid-’80s. She became well known in the industry after she won the ACM Award for Top New Female Vocalist in 1985 after her first three songs landed in the Top 40. Her career peaked in ’86 when she got her first and only number one hit, and followed it up with the Top 10 hit “She Thinks That She’ll Marry” from the same album. In 1987 she proved she wasn’t just another one hit wonder when she released the album A Place Called Love and landed two more Top 10 hits. She did record a third album in 1988, but her label folded before she had a chance to release it, and her career as a solo artist faded. She has since found work elsewhere in the music industry as a producer, songwriter and background singer again.

Lane Brody rose to fame in the ’80s on her first and only number one hit single, “The Yellow Rose,” a duet with fellow country singer, Johnny Lee, which was written for the NBC television show of the same name. Around the same time she also became the first female country singer to produce an Oscar-nominated single in 1983 with the song “Over You” for the film Tender Mercies. Her career began when she co-wrote Anne Murray’s song, “The Hottest Night of the Year,” in 1982. After that she began charting her own singles and in 1984 she became the voice of the XIV Olympics, and landed her first record deal with GRT Records. Although she has continued to release new music up until as recently as 2011 with two new albums, her last charted single was in 1985!