7 Books That Made Awesome Movies 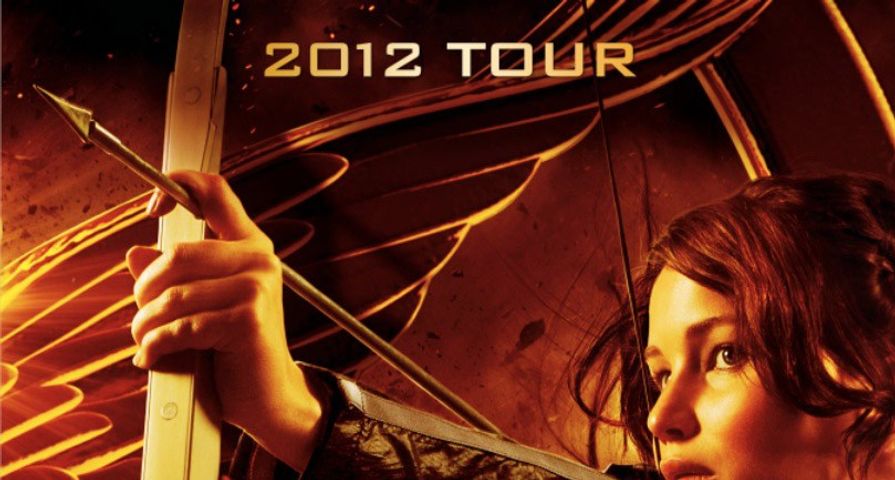 Some books are really great as movies, but it takes a great director, an amazing screenwriter and a killer cast to accomplish this. We have already looked at books that should not have been turned into movies, so we figured that now would be a good time to take a look at books that were awesome as films. It is a tough feat to accomplish this, which is why we only have 7 on our list. These films were generally lauded by critics and were hugely successful at the box office. Even better, some of them have actually gone down in history as being some of the best films ever made.

When David Lean’s film adaptation of Doctor Zhivago first came out in 1965, critics were generally disappointed with it, claiming it was too long and it trivialized history. Over time, its reputation has improved greatly. Many now consider it one of Lean’s greatest films and one of the best of the epic genre. Even though critics weren’t impressed with it initially, it was a spectacular box office hit and it went on to win five Academy Awards.

We personally think “Doctor Zhivago” is one of the better film adaptations. The scenery is amazing, especially considering that they weren’t able to do any of the filming in Russia. Lean had to recreate Moscow and its countryside at the time of the Russian Revolution in Spain and Canada. Also, the passionate love affair between Dr. Yuri Zhivago, played by Omar Sharif, and Lara Antipova, played by Julie Christie, is one of for the ages.

6. The Lord of the Rings Trilogy

“The Lord of the Rings” trilogy is considered one of the biggest and most ambitious film projects ever undertaken in movie history. With a budget of $281 million, filming for the three movies took eight years. While the film follows the novels’ general storylines, some plot elements have been omitted and there are numerous deviations, which is to be expected. The only real complaint from critics were about the films’ pacing and length. We totally get that the movies are long: “The Fellowship of the Ring is 178 minutes; “The Two Towers” is 179 minutes;” and “Return of the King” is 201 minutes.

In spite of the problems with length, we think that the groundbreaking visual effects more than make up for that. These films are still pretty revolutionary in terms of their effects. The last film, “Return of the King,” ended up taking all 11 academy Awards it was nominated for home that year, which is pretty impressive.

David Fincher’s film “Gone Girl,” which was adapted from Gillian Flynn’s 2012 novel of the same name, was the best psychological thriller of 2014. Starring Ben Affleck and Rosamund Pike, the film was received well critically and was a commercial success, earning over $356 million in global ticket sales. Critics praised the direction, script, editing, score, visual style, as well as the performances, especially Pike’s as the missing wife, Amy Elliott-Dunne. She received nominations from the Screen Actors Guild, BAFTA, the Academy and the Golden Globes for Best Actress.

We agree with The Economist’s review of the film – they called it a “perfect adaptation.” “It is drowning in muted colors and a sense of inevitability. Like Ms Flynn’s novel, its cleverness lies in the fact that it is so raw and yet so empty at the same time. This may not be the perfect film – but it is a perfect adaptation.” This one is definitely worth seeing.

All eight of the “Harry Potter” movies, which are based on novels by J.K. Rowling, are considered amongst the best of the book to film adaptations. They all dominated at the box office and received critical acclaim. Each film was progressively darker and more mature than the one who preceded it. For young “Harry Potter” fans, this means that they can grow with the characters in the books and movies.

According to Chris Columbus, who directed the first two installments of the franchise, the goal of the series was to be a “sort of Godfather for kids.” They wanted that richness and that complexity, only for children. They succeeded. The characters are multi-layered and the language is quite witty, which makes it perfect for children, as well as for adults. The visual effects in these films are also pretty great, which makes many of the unbelievable things that happen quite believable.

Since its release, it has received widespread global critical acclaim. It is just one of those films that people agree is unquestionably great. Director Stanley Kubrick believed that it was the greatest movie ever made with the best cast; the Chicago Sun Times praised the film; Vincent Canby of the New York Times wrote that Coppola created one of the “most brutal and moving chronicles of American life” that “transcends its immediate milieu and genre;” and film critic John Podhoretz praised The Godfather as “arguably the greatest American work of popular art” and “the summa of all great moviemaking before it.”

Steven Spielberg’s film adaptation of “Jurassic Park” is considered by many to be one of the greatest films of the 1990s and with good reason. Visual effects at that point were in their infancy, but Spielberg was able to bring the Jurassic period back, using computer-generated imagery and life-sized animatronic dinosaurs. Many scenes in that film have become iconic, like when the Tyrannosaurus rex attacked the tour group. While the movie is really suspenseful, there isn’t a lot of violence. It is mostly left to our imaginations.

“Jurassic Park keeps its viewers on edge while leaving much of its real violence to the imagination. When it’s dinosaur feeding time, Mr. Spielberg avoids obvious gore; he gets a greater frisson out of showing farm animals that are left near the hungry beasts and suddenly disappear. To give the velociraptors a suitable introduction, he opens the film with a character whose upper body remains visible while the rest of him is being attacked off camera, a la Jaws,” Janet Maslin of The New York Times wrote.

The first three films from “The Hunger Games” series, which are based on Suzanne Collins’ novels, have set records at the box office. It’s the sixteenth highest grossing film franchise of all time, having already grossed over $2 billion worldwide. The films have also done well critically. Many critics are impressed with the themes, as well as Jennifer Lawrence’s portrayal of the lead character, Katniss Everdeen. One of the most impressive things about “The Hunger Games” is that it is the first major box office hit that is built around a female action star. Lawrence is quite convincing in this role; however, she is backed up by a strong supporting cast, which includes includes Josh Hutcherson, Liam Hemsworth, Elizabeth Banks, Donald Sutherland, Woody Harrelson, Julianne Moore and Philip Seymour Hoffman.

There aren’t enough inspiring female-driven superhero movies out there, which is why “The Hunger Games” series is actually quite special. Katniss is strong, determined and totally able to kick butt.